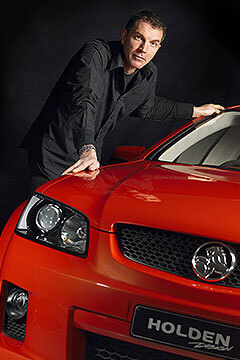 A MAN synonymous with Holden and the modern look of key General Motors vehicles in Australia and overseas, Mike Simcoe, has been appointed vice-president of global design for the US automotive giant.

Replacing Ed Welburn, who has held the position since 2005 and oversees 2500 employees across 10 design centres in seven countries, Mr Simcoe will become the first non-American to hold the top design job at the company and only the seventh design leader in GM history.

He leaves his current Melbourne-based position as vice-president of GM International Design – a role he took on in 2014 that put him in charge of GM’s studios in Australia, South Korea and India – and with his family now heads back to Detroit, where he worked for several years last decade as head of North American exterior design and global architecture strategy.

He officially starts in the new role on May 1 and in the process becomes one of the highest-ranking Australian executives in the global automotive industry.

Mr Simcoe told Australian journalists today that the new position was a “dream role” and praised the achievements of his predecessor and mentor, Mr Welburn, who was the company’s first African-American designer upon joining in 1972 – and who as head of design has radically transformed the look of GM’s range over the past decade. 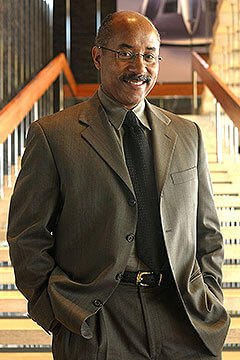 “Ed leaves a legacy of incredible design and frankly for me a level of mentorship and teaching over the time, both when I was in the States working directly under him and since being back in Australia and the region here, the time he spent with me, it has worked really well,” he said.

Mr Simcoe said the relationship between design and future mobility and technology will be key challenges in his role, but added that the design teams around the world were well placed to manage the significant changes the industry faces.

“I am clearly a different character (to Welburn). I guess I have my views on how I need to make the role work for me but I see mostly that I will take on the role of consolidating what exists but perhaps taking the design or enabling the design community to move into what is going to be a pretty hectic and pretty big level of change the industry is going to go through,” he said.

“The teams in all of the design studios are in many ways doing the best work they have ever done. There is not an issue there. I simply need to work out how I need to operate with them globally to enable them to continue doing the work that they do.” 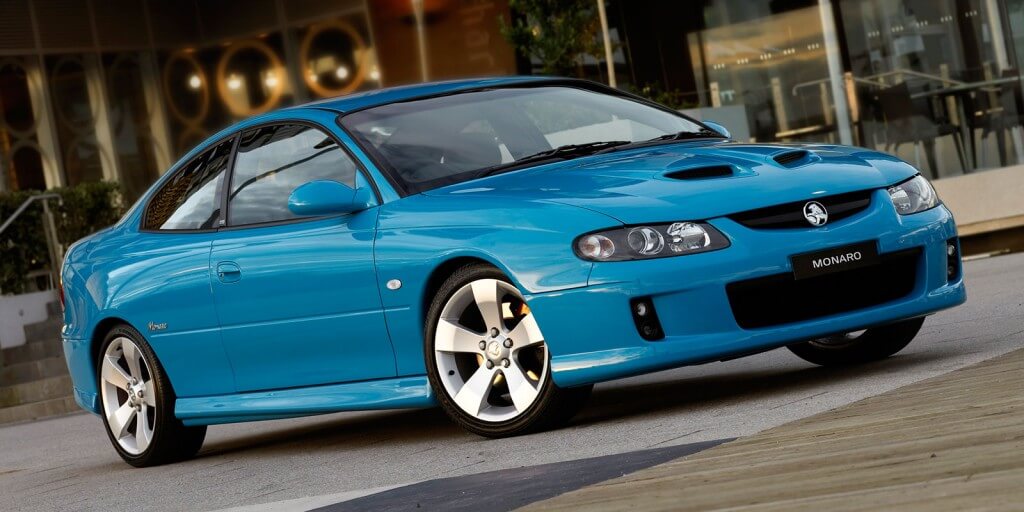 Australian icon: Mike Simcoe was responsible for the design of the iconic Holden Monaro as well as a number of other local and global GM models.

Mr Simcoe said he does not expect that the Port Melbourne-based design team will grow beyond its current numbers – around 140 employees – but added that he was protective of the studio given his history with Holden, a company he joined in 1983.

“The size of the team here in Australia is pretty good right now. The team here has the capacity to do production and advanced work and will continue to do that,” he said.

“Being Australian I guess means that they are close to my heart. I grew up here and this team is pretty special to me. And in many ways that is why I tried to protect it through the period of reinvention that Holden is going through at the moment.

“They don’t live as a Holden entity; they live as part of a global design organisation and they remain a fairly powerful organisation because of the capacity of the team here and the good work they do.

“My job is to enable – as the industry changes – enable design to stay with it and remain on top of its game.”

In terms of Holden design, Mr Simcoe said he was unconcerned that there was not a single Holden ‘look’, adding that the brand was well placed to take advantage of the wider GM portfolio of models.

“If you think hard about how Holden has used the global portfolio for a long time now, it will probably be better than it has ever been – not just product but product image,” he said. “Strong SUV product and great car base.

“I don’t think that we have a problem. I think the portfolio will continue to grow and Holden as a brand probably has one of the best outlooks for a product portfolio because it is able to pick from the diversity within the total GM brand portfolio.

“I think the quality of the product will win in the end.” 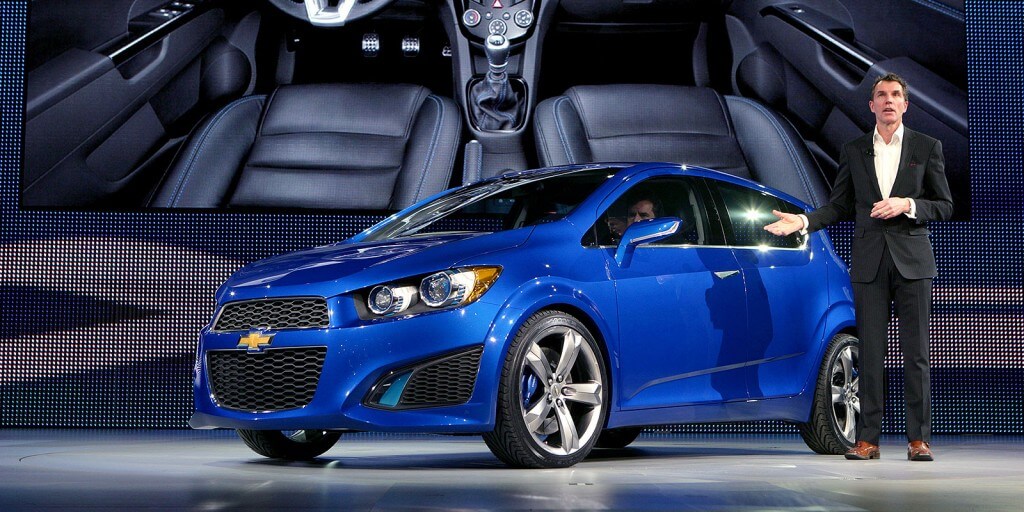 Mr Simcoe was also confident when asked if there was a brand in the GM portfolio that might require extra attention from a design perspective.

“I know what is in the studios now so my answer is that no, they are all pretty good,” he said.

Upon joining Holden 33 years ago, Mr Simcoe rose to chief designer in 1992 and then director of design for GM Asia-Pacific in 1995.

In 2003 he was named executive director of Asia-Pacific Design and led the development of GM Korea Design Operations, a role that required him to spend two weeks in every month at GM Daewoo in Seoul and to oversee a studio in China.

A year later he moved to GM’s design centre in Warren, Michigan, as executive director of North American exterior design – a job he had been offered two years earlier by GM’s then global product czar Bob Lutz, who was determined to globalise the company’s design philosophy, however Mr Simcoe declined that first time, citing a desire to see through the development of the crucial new-generation VE Commodore family.

Arguably his most iconic design was the 2001 Monaro that helped lift Holden’s brand image, as well as the model upon which it was based – the ground-breaking VT Commodore. The follow-up VE Commodore – Holden’s “billion-dollar baby” – launched in 2006.

Some of the global models he oversaw included the GMC Terrain, Buick LaCrosse, Chevrolet Equinox and the iconic Chevrolet Camaro in 2010.

More recently he was responsible for the look of the Chevy Bolt concept and production model, the striking Buick Avenir concept and the production-ready Chevrolet Spark that has just launched in Australia with Holden badges.

A search is now underway for Mr Simcoe’s replacement. 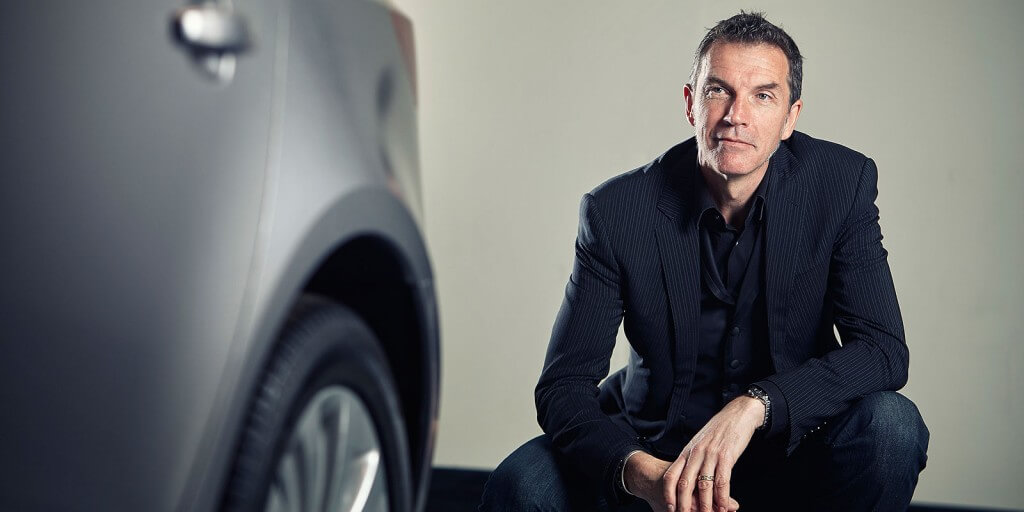