AUTOCARE Services, part of the LINX Cargo Care Group, has launched a television commercial to coincide with the WATPAC Townsville 400 round of the Supercars Championship which is designed to showcase the major role the transport and logistics group plays across the Australian vehicle industry.

Earlier this year, Autocare Services announced its renewed partnership as the ‘Official Safety Car Logistics Partner’ with Supercars to transport the Vodafone safety and medical cars across Australia for the various rounds of the 2019 Virgin Australia Supercars Championship.

Using the theme ‘Autocare’s partnership with Supercars – we love it’, the commercial highlights Autocare’s role with safely transporting the safety and medical cars around Australia as part of its Supercars sponsorship obligations, demonstrating that it reliably transfers cars for clients anywhere around the nation

The company has also published two videos which are a part of a ten-part content series called ‘Road Tripping with Autocare’, which is published on the popular Supercars website. In the latest episode, Autocare asks: “Who isn’t in your ultimate road trip group?” 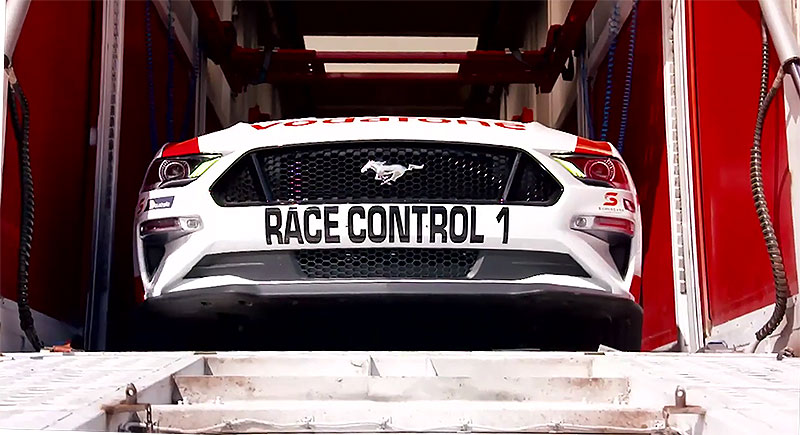 The video features light-hearted roast-like interviews of potential road-trip candidates from the Supercars driver group, asking: “Who would you not take on your ultimate road trip and why?”

Autocare Services first signed on as a Supercars partner in 2018.

This year, Ford takes over from Porsche as the provider of the safety vehicles, with the safety car a Mustang GT. A Ranger Raptor is the recovery vehicle in addition to other Ford course cars.

In announcing the renewal of the sponsorship deal for the 2019 season earlier this year, LINX Cargo Care Group chief executive Anthony Jones told GoAutoNews Premium that “the synergy with Autocare and its delivery of processed vehicles to thousands of customers every day across Australia aligns well”.

“Our ongoing partnership with Supercars has helped us reach more people across Australia and we’re pleased to continue supporting one of the world’s most exciting motorsport categories by delivering the safety and course cars to each event,” he said.

“While at a glance, Supercars and a logistics and supply chain organisation may not appear connected, we both have safety and high performance at our core.

The company delivers more than 600,000 cars from Australia’s docks to dealers and is an expert in handling vehicle transfers from one state to another.