AUSTRALIA’S success in staving off the worst of the COVID-19 pandemic has translated into a very positive outlook by businesses which are looking forward to economic recovery and growth next year, according to the Roy Morgan Business Confidence survey for November.

Business confidence increased by 10.5 per cent in November and now stands in positive territory at 109.1 points. Confidence is now above 100 in four states – NSW, QLD, WA & SA. Victoria is at 97.8 and Tasmania 88.9 percentage points.

The long-term average for the survey is 113.3 percentage points.

According to Roy Morgan the ‘good news’ of the survey was that an increasing majority of businesses, 57.9 per cent (up 5.5 percentage points), said the next 12 months is a ‘good time to invest in growing the business’ – the highest figure for this indicator for nearly seven years; since January 2014.

Confidence was highest in South Australia at 120.2 percentage points although it should be noted most interviewing was completed before the brief state-wide shutdown.

The big increase in Queensland came after the ALP government of Annastacia Palaszczuk secured a strong victory at last month’s state election and increased its majority by four seats by winning 52 out of 93 seats. 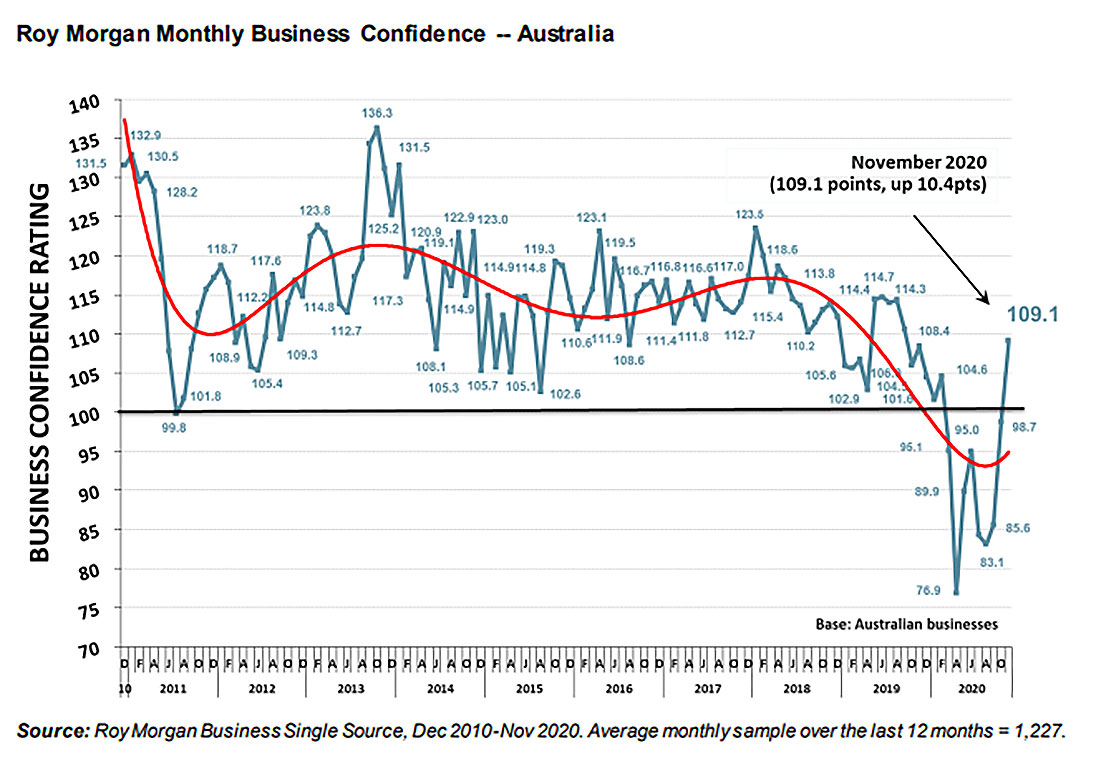 Over the last two months business confidence in Queensland has increased by a large 37.6 ppts (+52.5 per cent) as political uncertainty has been resolved and borders have begun opening up. From December 1 the Queensland border will re-open to residents of Sydney and Victoria – almost half of Australia’s population.

Victoria emerged from a near four-month lockdown in the final week of October but there remain many restrictions to doing business with premier Dan Andrews recommending office workers continue working from home for the remainder of the year and mask wearing remains mandatory when indoors.

Tasmania has this week re-opened its border to its northern neighbour Victoria for the first time in more than eight months since closing the border to the rest of Australia in mid-March.

Looking at confidence within business sectors, a majority of 13 industries now have positive business confidence above the neutral level of 100 in November with strong increases for many industries in the latest survey. This is the highest proportion of industries with a positive outlook since before the COVID-19 pandemic in February 2020.

“The good news is that several other industries have seen a boost to business confidence in November including Education & Training (110.1), Construction (109.5) and Community Services (109.4) which are all now above the national average.”

However, the biggest increase for business confidence in November is for the Retail industry with an increase of 38.7ppts (+55.3 per cent) to 108.7 after the Victorian lockdown ended and as the industry gears up for the most important part of the year – the Christmas retailing season. 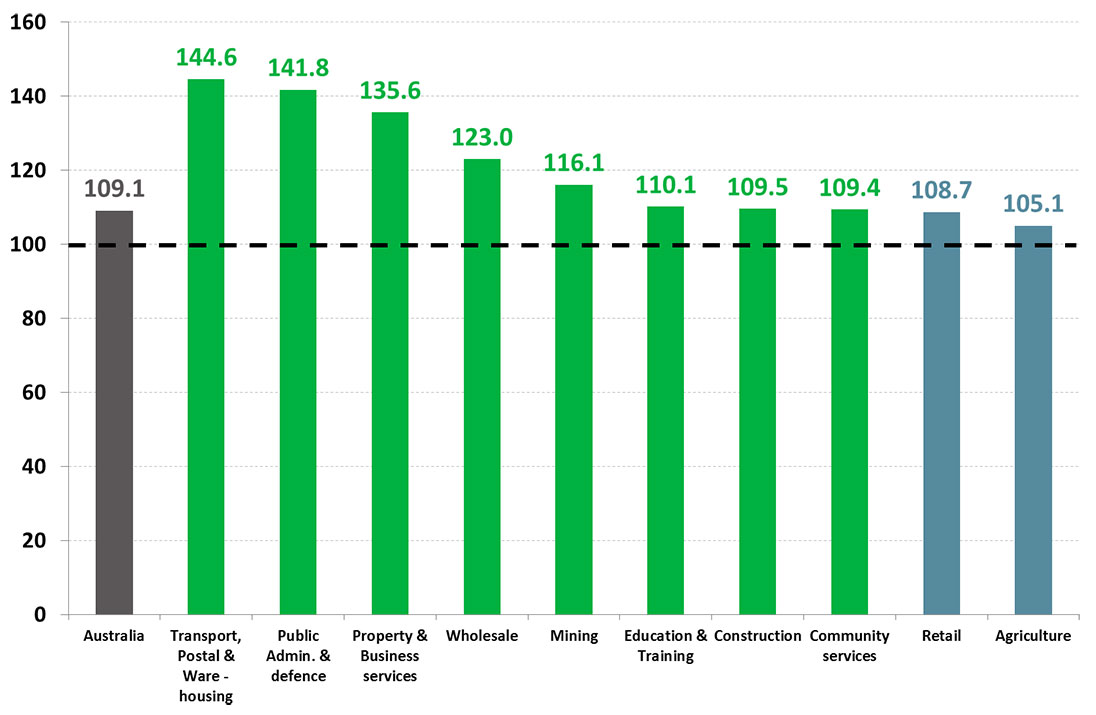