PURNELL Motors in Sydney remains the benchmark dealership for Jaguar Land Rover in Australia, winning back-to-back Retailer of the Year awards in only the second year that the British prestige car-maker has singled out an overall winner for both brands.

Based in Blakehurst, south of the CBD, the family-owned Purnell Jaguar Land Rover is led by dealer principal Rodney Dale, who was on hand with general manager Aaron Gabriel to accept the award at the presentation ceremony held at The Homestead in Sydney’s Centennial Park earlier this month.

“It’s a tremendous recognition of our team. We have 46 really good people at Purnell Jaguar Land Rover that put their heart in,” Mr Dale said. 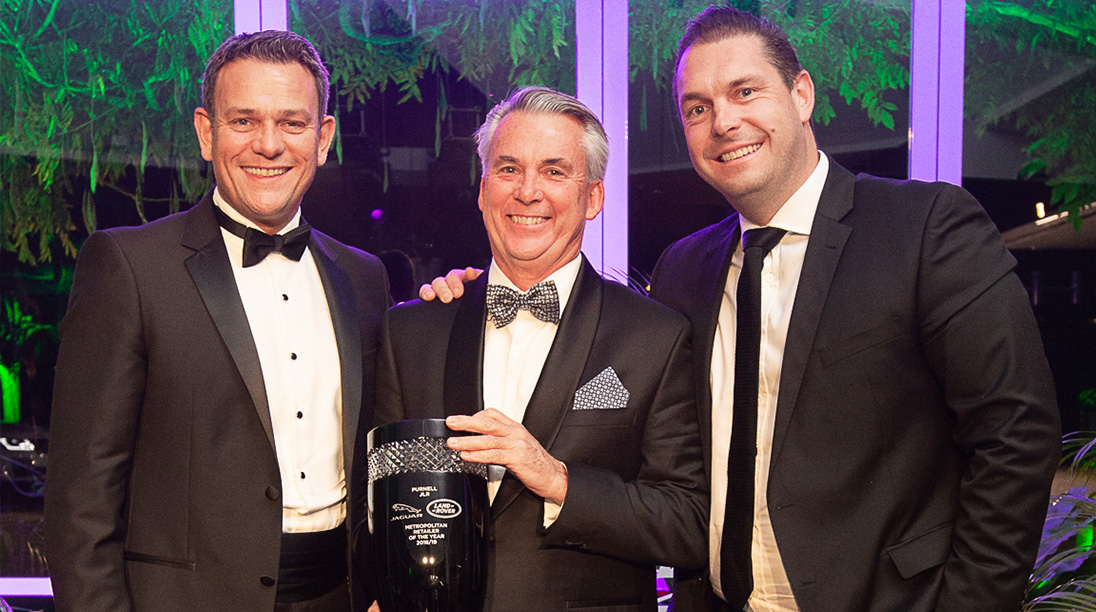 “This is a very strong accolade for the amount of work they’ve all put in as a team.”

The large multi-franchise Rex Gorell Group is no stranger to winning major retail awards among the various car companies it represents – with 17 brands in its stable at last count – and this latest award for JLR marks its second top provincial title in the space of three years and another trophy in a cabinet that carries several individual category awards won for both Jaguar and Land Rover in previous years. 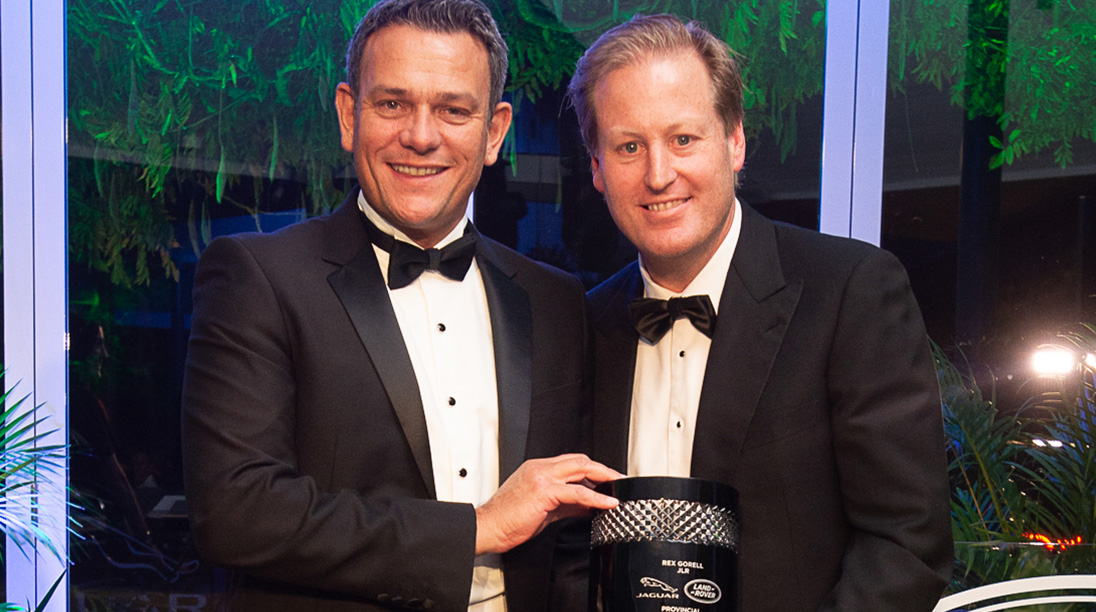 The Port Macquarie dealership is part of the John Oxley Motors group, with dealer principal Shane McGuigan at the helm of the JLR site.

JLR Australia’s awards program combines both the Jaguar and Land Rover brands to reflect the company’s strategy of having the two marques jointly represented across its expanding national network.

In presenting the major category awards, JLR Australia managing director Mark Cameron said the retail network had plenty of reason to celebrate with several key new models launching over the past year, including the Jaguar I-Pace electric SUV (the reigning World Car of the Year), and with the sponsorship of the Sydney Invictus Games deemed a success. 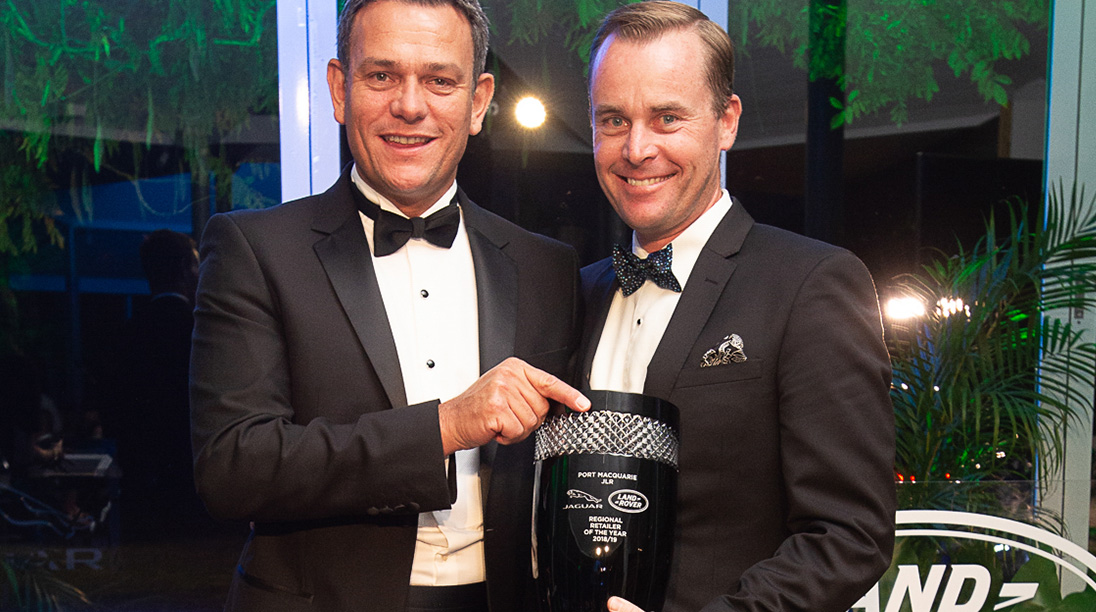 “All of our retailers continuously put in their best effort but the Jaguar Land Rover dealerships we have awarded tonight have consistently achieved excellence in the key areas of the business,” said Mr Cameron.

“Because of that it is a pleasure to recognise them for their continuing hard work and dedication to achieving outstanding customer satisfaction.”

As with other local retail incentive programs, the JLR ROTY awards are based on a wide-ranging judging criteria that measures sales performance, customer satisfaction, retailer presentation and staff training.

The company says that “the awards not only pay tribute to retailers that are leaders in the fields of sales and service, but also to the dealer principals who maintain the high standards needed to both run their businesses and meet customer needs”. 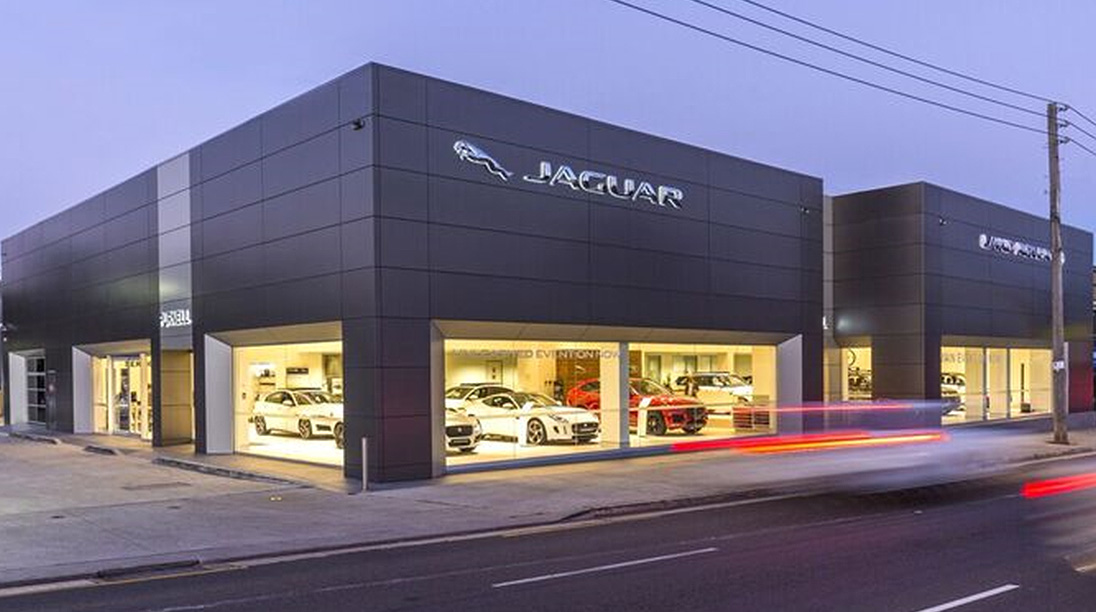