BMW SUV sales boom Down Under as new X4 launches

FORMER BMW Group Australia chief executive Marc Werner’s prediction in February that 2018 would be “the year of the X” is proving to be accurate as the bulk of BMW’s sales have continued to shift from passenger cars to SUVs amid a stretch of new-model launches.

While the German marque’s Australian sales this year have dropped by 3.8 per cent to the end of August, its X-branded SUV models have accounted for 58.8 per cent of its year-to-date volume (16,352) as buyers move on from traditional passenger cars.

BMW’s SUV sales split is currently up 4.3 per cent on its 2017 share, but it expects its X models to finish this year with a slice of up to 60 per cent – a 5.5 per cent improvement.

Comparatively, about a third of the BMW’s global sales in 2017 were SUVs, while 2015 was the last year that passenger cars had a larger sales share, at 59.4 per cent, than their counterparts in the brand’s Australian model line-up. 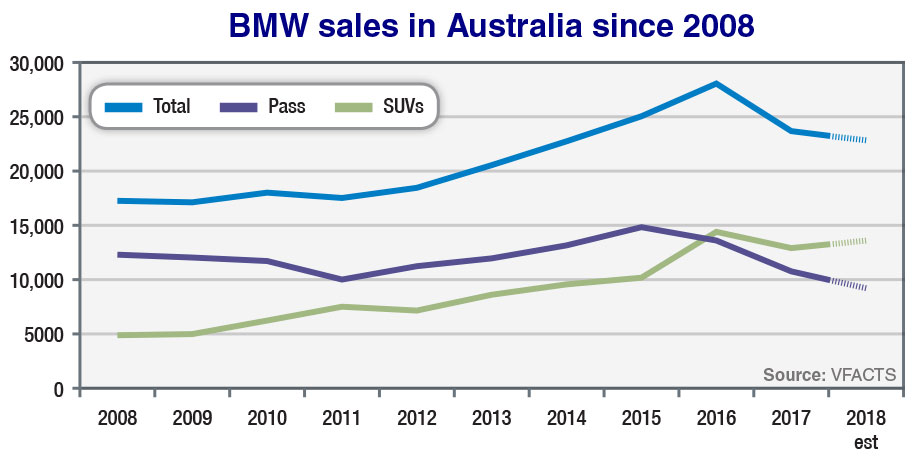 As reported, SUVs overtook passenger cars in sales for the first time in Australia last year, with this change carrying over to 2018 where the former currently commands a 56.0 per cent share, which puts BMW just ahead of the pace.

Speaking to GoAuto this week at the X4 national media launch in Victoria last week, BMW Group Australia head of product and market planning Brendan Michel said the momentum behind the X models would continue into the future.

“If you look at the natural sales graphs that we see year on year, it doesn’t look like it’s going to stop any time soon,” he said. “Plus, we’ve seen new models that we’re about to launch.

“Next year I would say that little graph will keep heading north. How far will that get, though? Too early to tell.”

The mid-size X3 has reasserted itself this year as BMW Group Australia’s best-selling SUV, with 3667 examples sold to the end of August – a massive 57.1 per cent lift over its volume during the same period in 2017 due to the launch of its third-generation model in November.

X3 sales have also been bolstered by the release of the entry-level sDrive20i in March and BMW M-tuned M40i in July, while GoAuto understands that the full-fat X3 M will launch in the second half of next year alongside its X4 M sibling. The battery-electric iX3 is set to lob overseas in 2020. 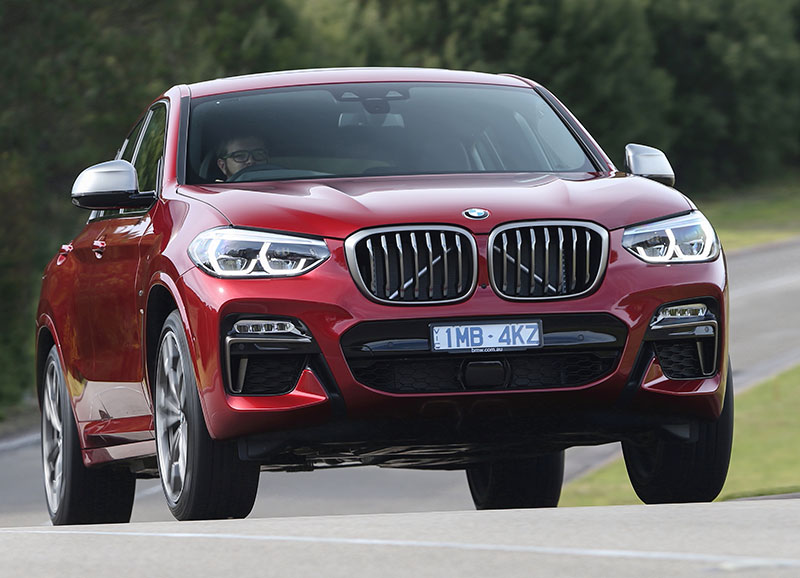 Mr Michel suggested that neither the X3 M or X4 M is likely to overtake the sub-$100,000 M2 as the best-selling M model in Australia due to their expected higher pricetags.

Nonetheless, he added that the X3 M and X4 M are still projected to sell well due to buyers’ strong appetite for SUVs, especially high-performance models.

Sales of the mechanically related X4 have taken a significant 24.5 per cent hit year to date, to 859 units, due to its run-out stretch in the lead up to its second-generation model’s release this month.

Mr Michel said the sales split between the new X3 and X4 is likely to be similar to that of their predecessors, with the former outselling the latter at about a three-to-one clip.

While the X4 has lobbed with the xDrive20i, xDrive20d, xDrive30i and M40i variants, its line-up could expand in due course, according to Mr Michel.

“We’re launching with four (variants),” he said. “We need to sit back and evaluate how that goes and whether there’s any other engine gaps that we can fill over the years.” 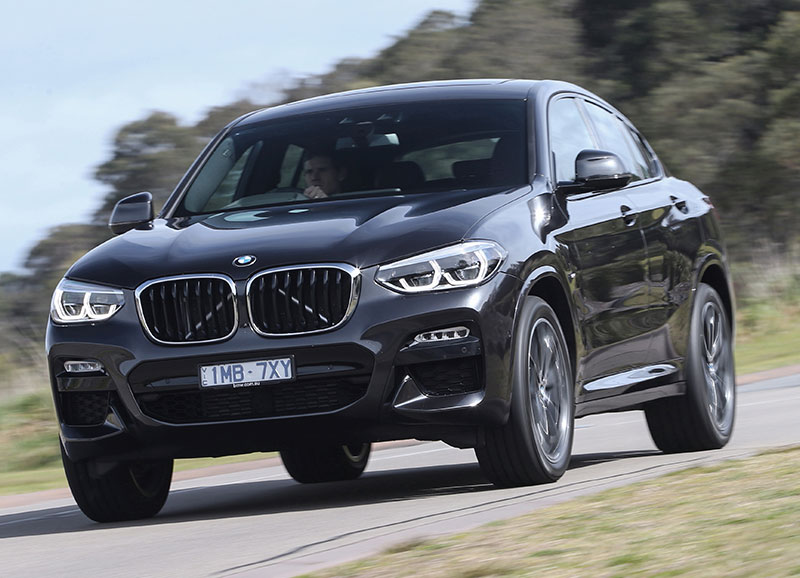 When questioned if the 240kW/680Nm M40d diesel could join the X4 range, Mr Michel revealed it was under consideration but not confirmed.

The first X-branded SUV, the large X5, has also dropped its sales volume in 2018, down 27.5 per cent to 1910 units, but its fourth-generation model will enter showrooms in mid-November.

The new range will kick off with the volume-selling xDrive30d and performance-focused M50d, while the petrol-electric xDrive45e plug-in hybrid should arrive next year alongside petrol variants.

The X5’s mechanical cousin, the X6, is on similar downward trajectory in 2018, dropping 27.0 per cent to 254 units, but its yet-to-be-revealed third-generation model should make its presence felt next year alongside the upper-large-size X7 that has been previewed in concept form.

Meanwhile, the X1 small SUV has recorded 2146 sales in 2018, down 20.5 per cent, despite the price-leading sDrive18i being launched in February.

However, a mid-life facelift – or Life Cycle Impulse in BMW speak – for the second-generation model should break out next year in an effort to renew interest.

The newest member of BMW’s family of X models, the X2, is already off to a strong start with 775 examples sold year to date despite only going on sale in March. Its recently revealed M35i flagship is scheduled for the first half of 2019.