Campbell scandal not an issue for FCA customers 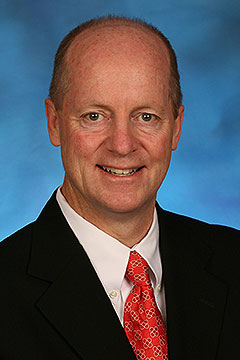 THE multi-million dollar case involving former managing directors of Fiat Chrysler Automobiles (FCA) Australia that is currently before the courts is having no impact at a retail level, according to the company’s new chief.

FCA Australia president and CEO Pat Dougherty was reluctant to talk about particulars of the case, telling journalists at the launch of the Jeep Renegade that all information on the subject was in documents before the court.

“We’re just moving through the process,” said Mr Dougherty. “The case is still in the discovery period, and we really aren’t commenting outside of that.

“At some point in time down the track, we’ll be able to have a conversation about where we stand, but right now it’s really in our best interest as an organisation not to talk about it.”

When questioned by GoAuto if the scandal was having any affect at a dealer and consumer level, Mr Doughtery said simply “no.”

“The way we measure that is we talk to our dealers,” he said. “We say, ‘Has any of this media caused any deterrent in shoppers or buyers?’ They say, ‘The people that have come in and talked about this, they don’t even know anything about it.’”

“He was asking people in the middle of Times Square if they knew who Edward Snowden was,” Mr Dougherty related. “Half of them didn’t know who he was, and the other half confused him with Julian Assange from Wikileaks.

“I think that to the extent that you have a really strong business person or legal person, (the public) may be following it. I don’t think it’s been a deterrent (to our business) at all. I give the Australian population a lot of credit for saying we have a lot of integrity, and if somebody has done something that’s wrong, we make sure that it’s fixed.”

FCA Australia has alleged that former chief executive officers Clive Campbell and Veronica Johns misused millions of dollars of the company’s money for personal and professional gain. Mr Campbell is being sued for damages by FCA Australia over allegations that he misused $30 million in company funds when he was company CEO between October 2010 and May 2013.

A further hearing into the matter is set down for November, while a full trial is expected to go ahead in 2016.