VARIOUS automotive brands including Hyundai, Volkswagen, Skoda, Mercedes-Benz, BMW, Mini and Renault have announced the winners of their Dealer of the Year and related awards programs at events held to celebrate the performance of their top-performing retailers in Australia last year. 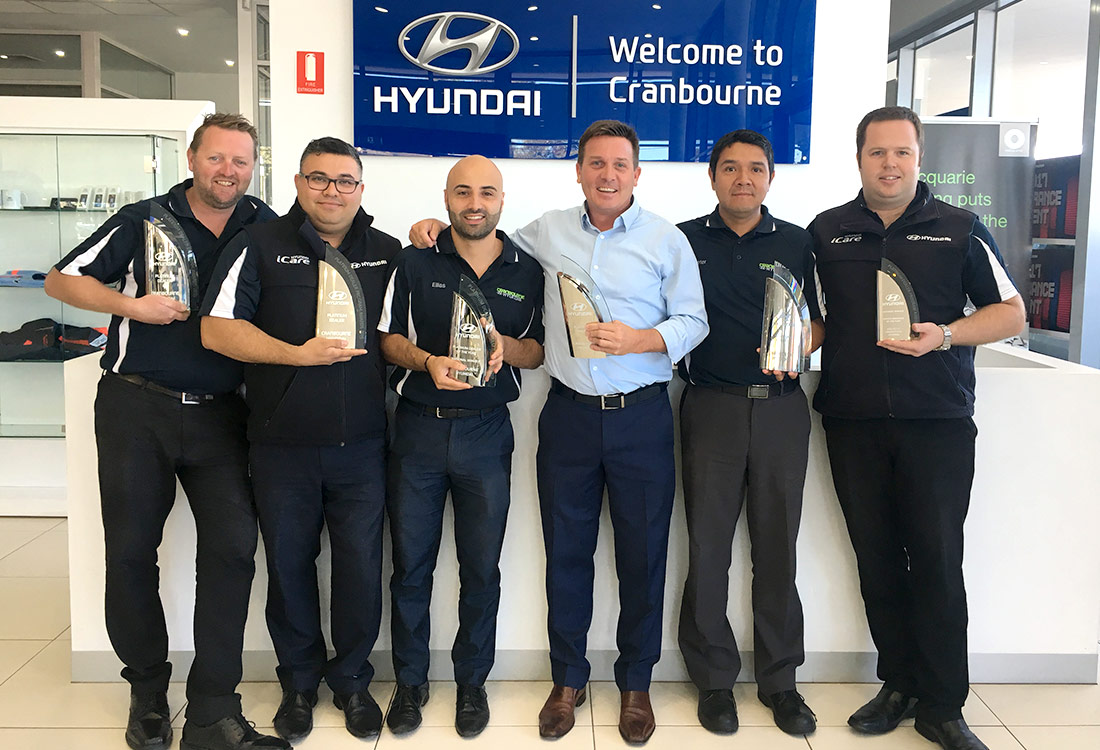 Southern power: No fewer than eight Hyundai dealerships in Melbourne received major awards in the Korean brand’s 2017 retail program, with the Cranbourne team – led by Tom Davis (third from right) – out in front.

Wakeling Automotive also featured in Volkswagen’s awards, with Paul Wakeling Volkswagen in Campbelltown honoured as National Dealer of the Year.

The dealership, led by Scott Wakeling, also took out the Metro DOTY award.

As part of its program, VW awards a select group of 10 retailers ‘Premium Dealer’ status each year, with others reaching this mark in 2017 including one in Adelaide (Southern Volkswagen), three in Melbourne (Bayford Volkswagen Camberwell, Brighton Volkswagen, Waverley Volkswagen) and three in Sydney (McCarroll’s Volkswagen, Sydney City Volkswagen and Leichhardt Volkswagen).

Volkswagen Group Australia also named its standout dealers for the Skoda brand at a separate event, with Rex Gorell Skoda in Geelong, Victoria, recognised as the overall 2017 Dealer of the Year.

Mercedes-Benz Australia/Pacific has staged a presentation for its top-performing passenger-car dealers – separate announcements are made for other divisions, such as vans – and Mercedes-Benz Berwick in Melbourne’s outer-east was again a standout performer, securing the 2016 Metropolitan Dealer of the Year award – its fourth in the space of five years. 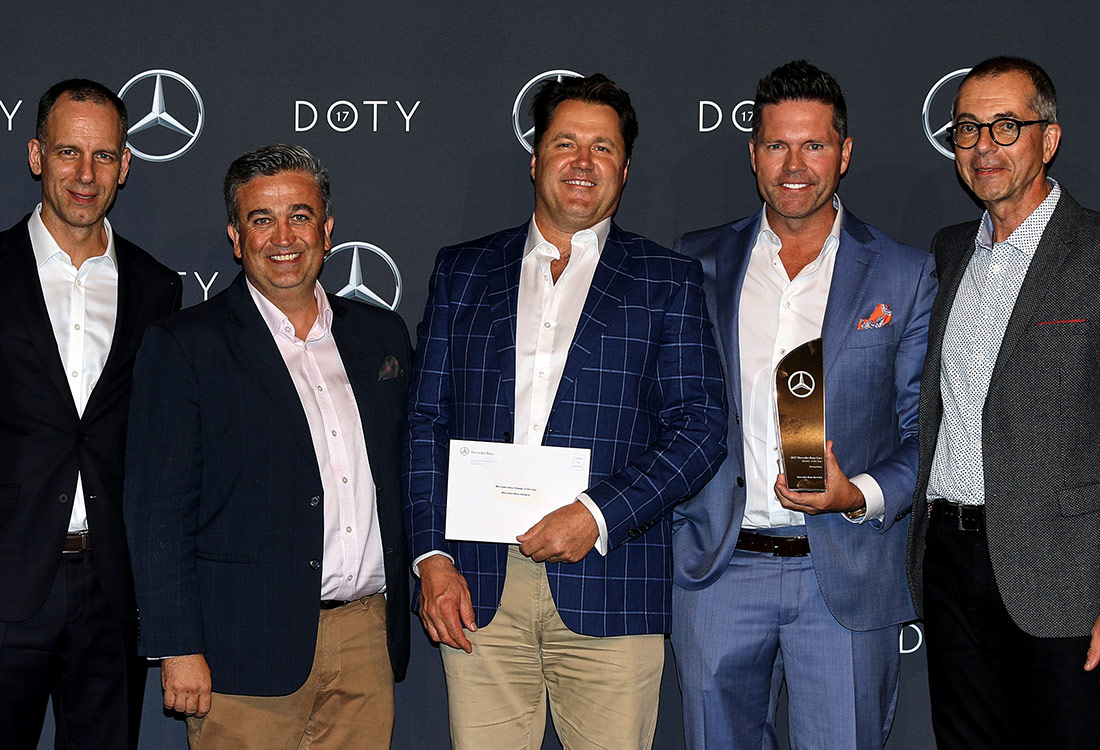 Mercedes-Benz Sydney was runner-up in the metro category, and Mercedes-Benz G Brothers – also in Sydney – was declared second runner-up.

No Provincial/Rural DOTY was awarded, with Mercedes-Benz Aust/Pac offering no comment on why this was the case.

Last year, Mercedes-Benz Townsville in Queensland was named 2016 Provincial/Rural DOTY, ahead of Carlin and Gazzard in Mount Gambia, South Australia, and Wagga Motors in the NSW Riverina.

Coastline BMW on Queensland’s Sunshine Coast made it back-to-back wins for the German prestige brand’s Dealer of the Year award – and its fifth overall title – and in doing so again took out the Provincial DOTY category.

This was Coastline’s first win under new owner Autopact (formerly Crick Automotive Group), which took over from the Kurz family last year. Dealer principal Brad Butcher, who was previously general manager of the dealership, was on hand to receive the awards. 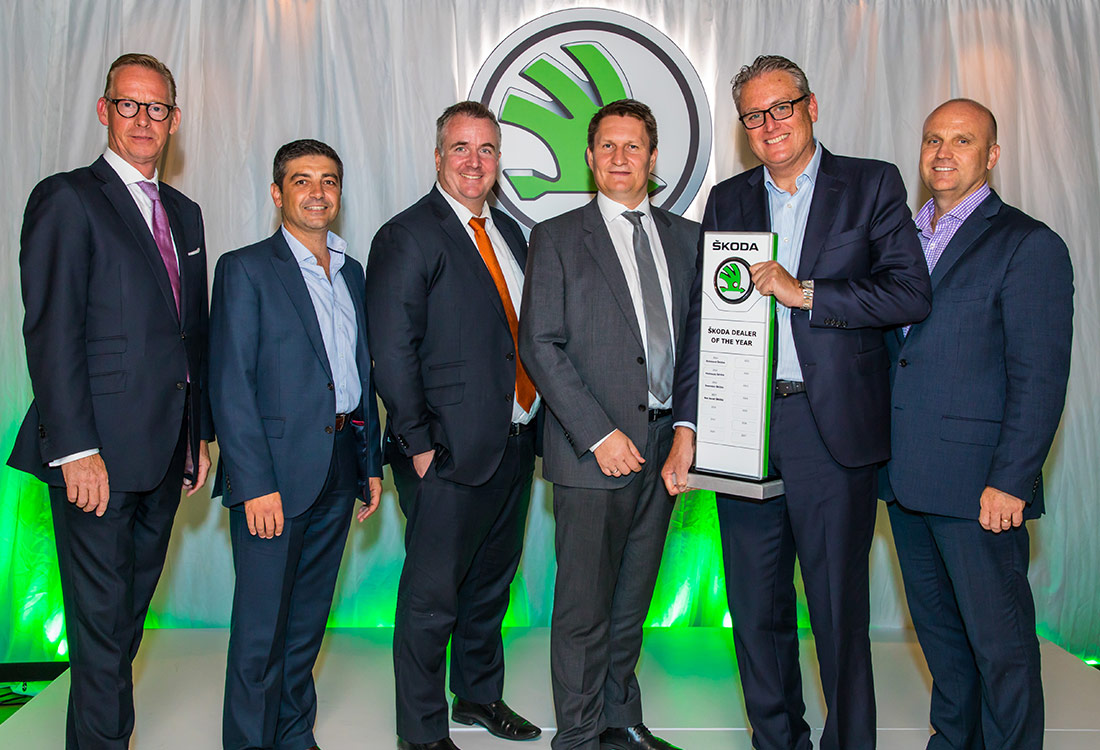 Among other dealers recognised for their top performance were Westside BMW in Brisbane (Small Metro DOTY) and Shepparton BMW in Victoria (Rural DOTY).

No longer bestowing an overall Dealer Brilliance for Excellence Award to a single dealership, Renault Australia has restructured its program to recognise the top-performing metro and provincial dealers and outstanding contributions from others.

Two previous winners of the award – Essendon Renault and Ballarat Renault, both in Victoria – were named Metropolitan and Provincial DOTY respectively.