AS THE Volkswagen Group investigates strategies to save costs and retool for an electric future, its Czech offshoot Skoda is looking at its most successful year ever.

In the wake of the diesel emissions crisis that will cost the European auto giant almost $100 billion to navigate through, VW Group has implemented a set of plans across all of its brands to rationalise platforms and cut costs.

The company’s ubiquitous MQB platform, for example, is now expected to underpin at least the next generation of Golf, and possibly even the one following. 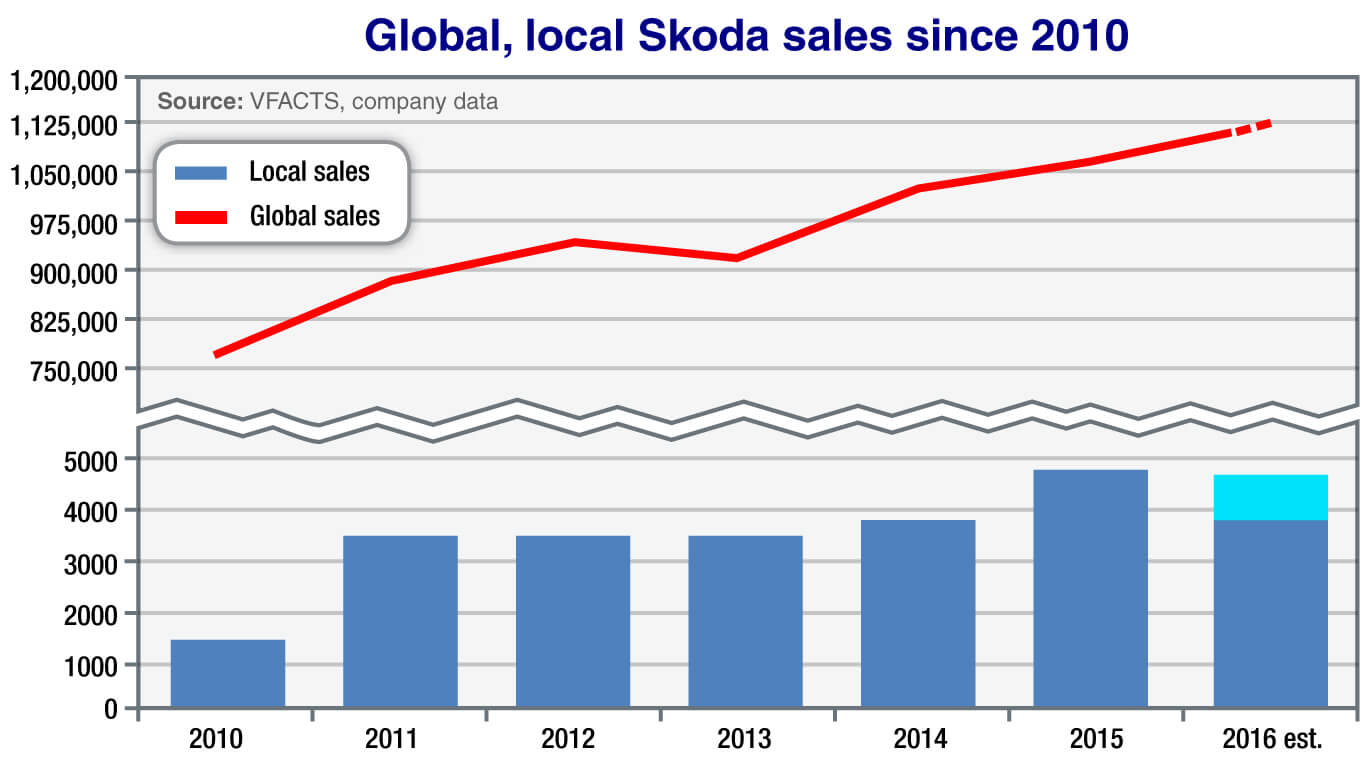 It has pulled the pin on two racing programs which, when combined, could net savings of more than $500 million a year.

As well, bespoke Audi platforms are set to be deleted, with the premium German car-maker looking at sharing chassis with Porsche.

Over at Skoda, however, there is no news of rationalisation – rather, the news is all about worldwide sales success.

Speaking with GoAuto at this month’s Octavia RS230 launch in New South Wales, Skoda Australia director Michael Irmer was bullish about the future of the Czech-based car-maker.

“We have been looking at the lifecycle plans coming through, and there are no delays that have been communicated at this point in time that would affect the Skoda brand,” he said. 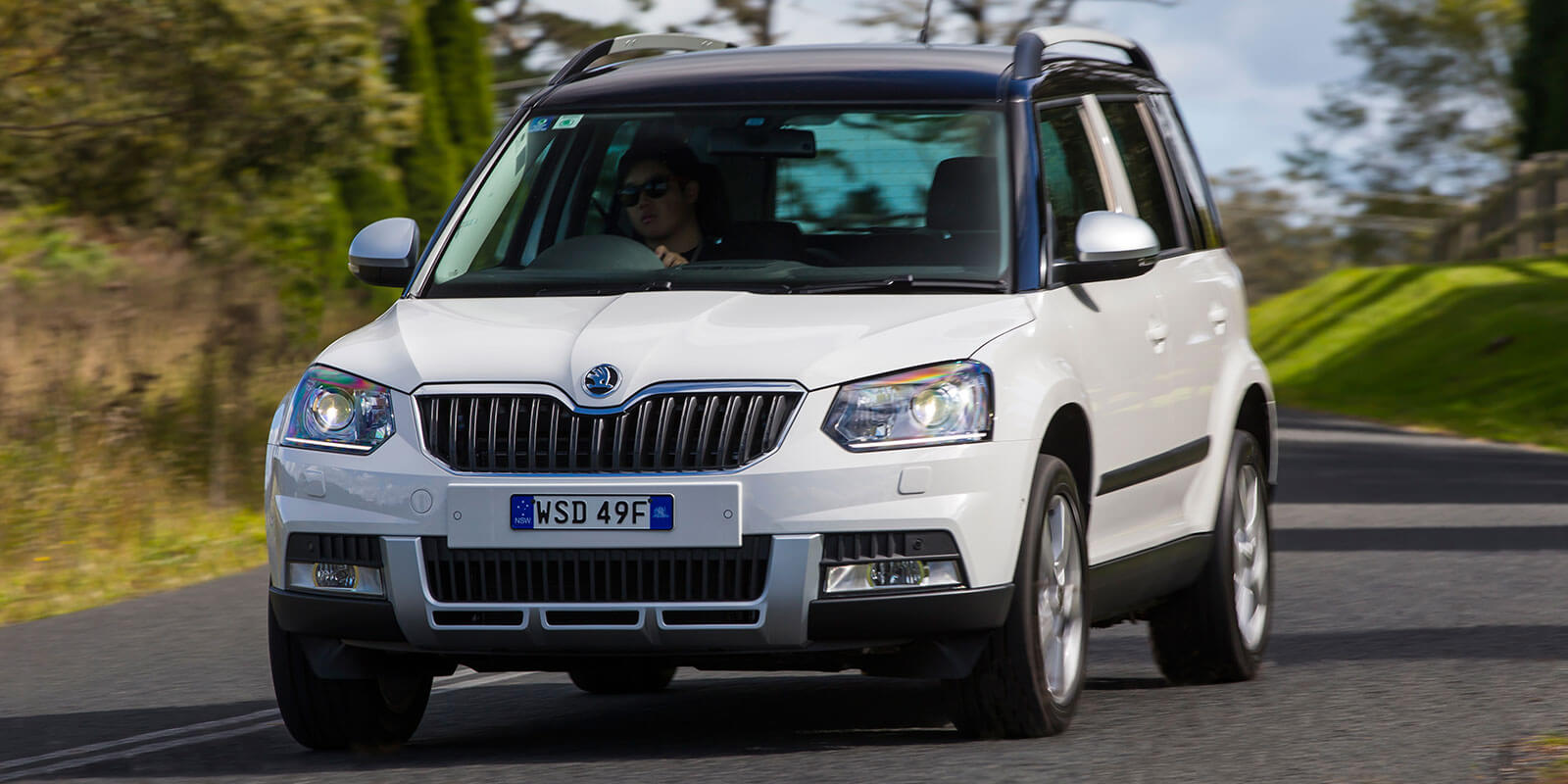 Sharing is caring: The next-generation Yeti SUV is set to share its underpinnings with the just-launched VW Tiguan.

“Obviously, the Skoda brand is going really strong – if you look at the overseas numbers they’re going from record to record. They’re trying desperately to expand production capacity and heading towards 1.1 million cars for the year for the first time.

“Last month it was up 15 per cent on the same month last year on a worldwide scale – that is a lot when you think of global developments.”

Skoda’s sales in Australia are down 2.6 per cent this year, with 3879 units to the end of October, which means it might not emulate last year’s record-breaking result of 4750 new registrations.

Mr Irmer dismissed the notion that VW Group’s restructuring and cost-saving measures – set to save some $14 billion by 2021 – will impact negatively on Skoda.

He instead pointed to the ever-tightening emissions regulations that loom over all European manufacturers as a reason to reconsider the future, as well as the VW Group’s rapid move towards an electrification strategy. 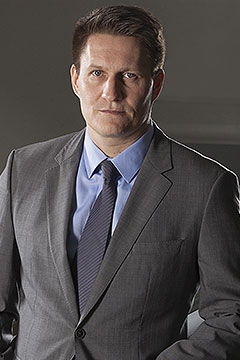 “I wouldn’t call it a slowdown – I would call it an optimisation and a recalibration, getting ready for the future. And rethinking,” he said.

“If we are looking ahead five, six, seven years, are we still going to be 100 per cent dependent on the internal combustion engine or not?

“The legislation in Europe around CO2 emission is very tough, and it’s getting tougher and tougher in the next couple of years, and you’re not going to be able to make these always without combustion engines.

“So you are going to need to start to go into electric vehicles more so, and that means you need to invest into different things which means sometimes you have to go and see if all the plans you had are exactly right.

“Sometimes such a change can cause a delay (to new products). That’s not an act of deliberate delay to slow things down; it’s the change in approach that causes it.” 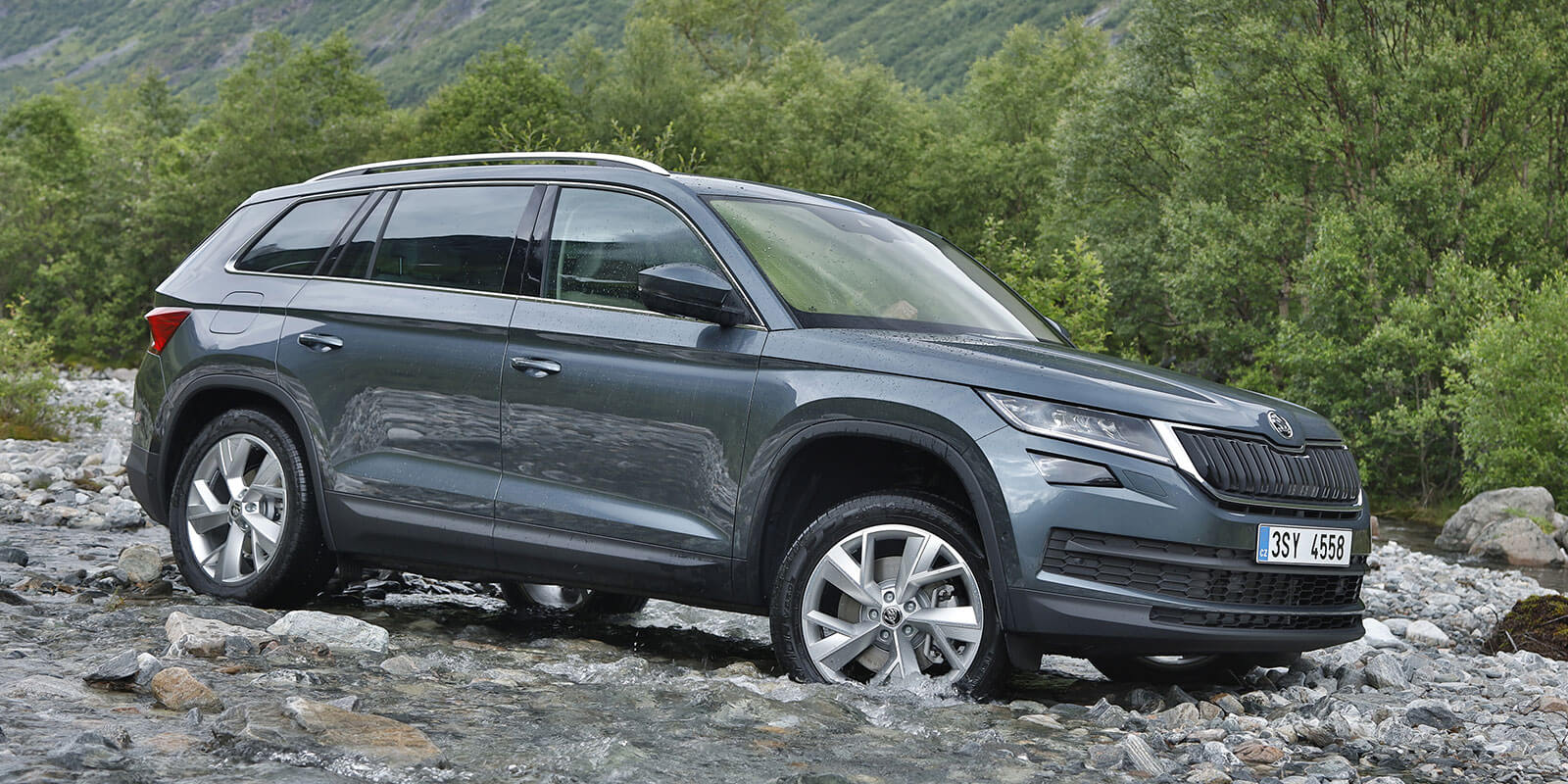 Mr Irmer pointed to the future product plan of the Skoda brand – which includes the new Kodiaq SUV currently in build, a replacement Yeti (thought to be a less polarising model based on the VW Tiguan, and another, still-secret small SUV) as evidence that development has not taken a back seat.

“I’m sure that everyone at VW Group and the Skoda brand knows the importance of continuously investing into product. Investment in new products across the group and including Skoda is rather heavy,” he said.

“We do have to make sure this kind of growth is sustainable and do the right steps, but the pipeline