Mr Stevenson was recognised for his handling of the engineering and infrastructure company’s vehicle fleet, which in 2013 grew from 350 to more than 1700 units after RCR Tomlinson acquired Norfolk Group.

In the award citation, AFMA said Mr Stevenson faced a situation where “overnight, strong disciplines of fleet procurement and operational management were turned into chaos” as he suddenly had to deal with 10 vehicle manufacturers, four software systems and three fleet management companies offering different types of operating leases and multiple fuel cards.

Since then, Mr Stevenson has worked through a strategy of cost reduction and efficiency improvement, with the assistance of RCR Tomlinson’s long-standing fleet management company Custom Fleet. 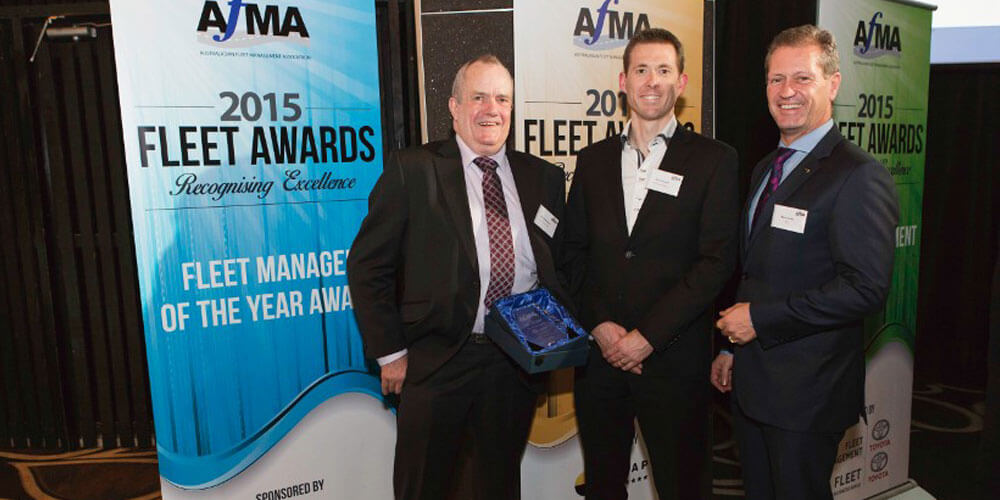 Some 262 vehicles were removed, saving $2.1 million in operational expenditure and the equivalent of $10 million in capital expenditure, according to the company, while ongoing consolidation of vehicle manufacturers “provides an opportunity to generate over $3 million in additional savings”.

Other benefits include a reduction in the company’s environmental footprint and vehicle accident rate, including driver-at-fault accidents.

Awards in two other categories – fleet environment and fleet safety – were also presented, with Deakin University in Victoria winning the green award and the Victorian Country Fire Authority (CFA) taking out the top fleet safety gong.

Deakin University’s transport co-ordinator Wendy Meesen was presented with the award and recognised for implementing a wide-ranging strategy that achieved significant results.

The strategy included combining an inter-campus shuttle service with a park-and-ride service operating from a location midway between two of the university’s campuses.

The park-and-ride solution reduced commuting times and the strain on car parking at each campus, replacing hundreds of vehicles each day with environmentally friendly (and WiFi-enabled) buses.

The CFA was recognised for its commitment to retrofitting a ‘safety cell’ on more than 1000 of its (pre-2006) fire-fighting tankers, which is a system that provides protection to the crew in the event of a burn-over.

The cell was developed by the CSIRO, in collaboration with the NSW Rural Fire Service, in the aftermath of the 1998 Linton bushfires, during which five fire-fighters were killed in a burn-over. All new tanker appliances have been fitted with the protection system since 2006.

CFA Victoria spent more than $23 million retrofitting its tanker fleet and has subsequently recorded no deaths or serious injuries, despite eight tanker burn-overs reported during the devastating 2009 ‘Black Saturday’ fires.

Chief officer Euan Ferguson accepted the award, along with other members of the CFA Victoria team including Danny Jones, Glenn Mumford and Paul Grant. 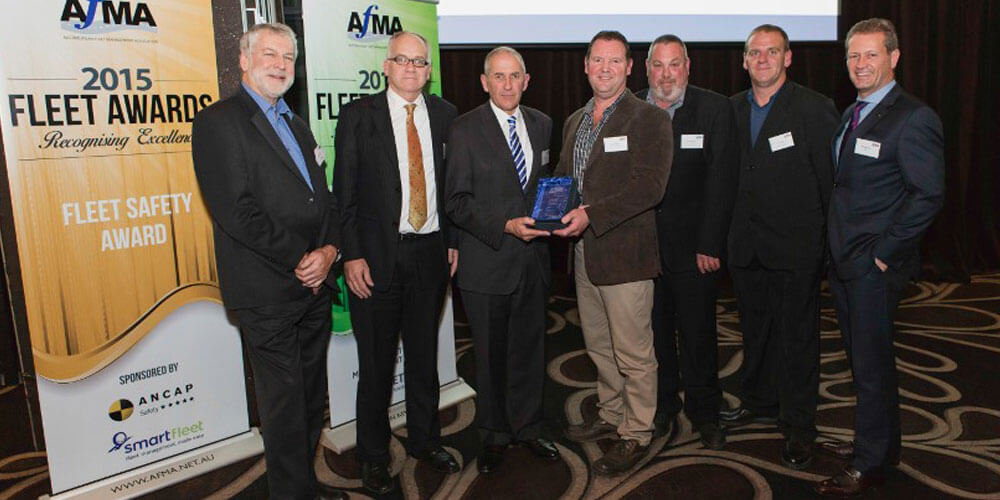