PASSENGER cars have copped a lot of bad press over the past 12 months or so, blamed for dragging down the softening new-vehicle market, and this year will be an important indicator of the sector’s health as one of the nation’s biggest segments – small cars – ushers in a host of new models.

Among the top-five best-selling vehicles across all categories, the Mazda3 enters a fourth generation around June and Toyota will bolster its new-generation Corolla range with a sedan body style in the final quarter as the hatchback is now kicking off its first full year of trading after the Gen XII model was launched last August.

Kia has also just launched its Cerato hatch range and GT sedan variant and is shooting for a significant upturn in the current climate of around 5300 units, or an increase of almost 30 per cent, to 24,000 after being forced last year to contend with limited supplies of its hatch in runout – and a delayed launch of the new model – to end up with 18,620 sales (-0.6%). 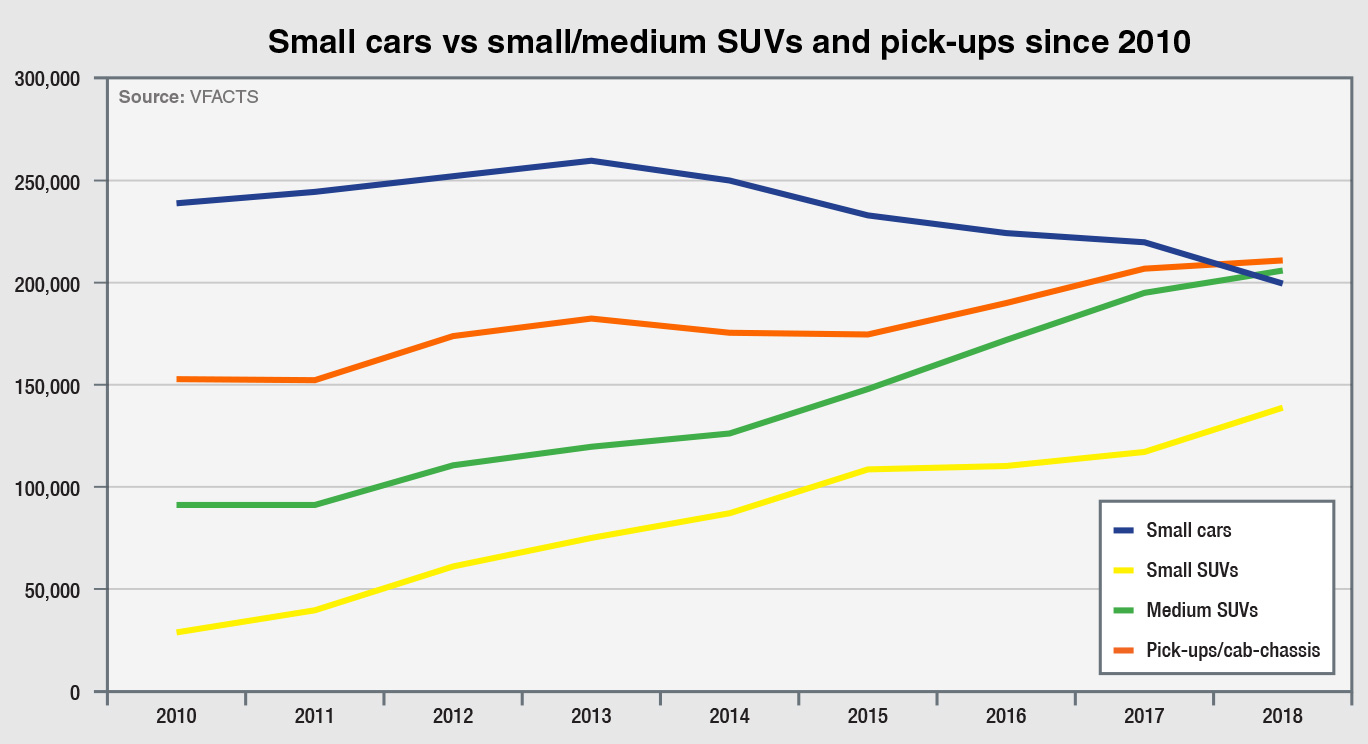 This should see Cerato overtake Volkswagen’s Golf for fourth position in the high-volume segment – behind Corolla, Mazda3 and Hyundai’s i30 – although VW is generating useful sales growth with its all-important small car, which was one of the few volume players in positive territory last year (19,076, +3.4%) and is now the subject of a just-launched driveaway pricing deal with low finance that lasts until the end of March.

This sort of activity will generate interest among prospective buyers and stimulate even more rigorous competition in the segment, particularly as the new models take hold in the marketplace.

These include Ford’s new-generation Focus launched late last year and which will be bolstered soon with new variants, including the crossover-style Active, flagship Titanium and, potentially, a sub-$25,000 price-leading Ambiente grade that the Blue Oval brand has already homologated and can introduce when required.

Hyundai is preparing to swing attention back to its i30 with the high-performance i30 N Fastback launching soon, bringing incremental sales and, importantly, buyers into showrooms who now have the recently introduced N-Line variants to consider as a more affordable, yet sporty, alternative as part of the volume-selling mainstream range.

The i30 slipped 2.1 per cent last year with 28,188 sales, but the early signs are positive with a 2.2 per cent upswing in January compared to the first month of business in 2018, while the Korean brand has also just moved to boost the fortunes of its Elantra small sedan, slotting in the 150kW/265Nm 1.6-litre turbo-petrol engine – as seen in the i30 N-Line and Kia Cerato GT – with new Sport and Sport Premium variants.

This followed a broader update introduced in December and is another welcome addition for Elantra, which took a 31.5 per cent hit in sales last year, down to 3843 units. 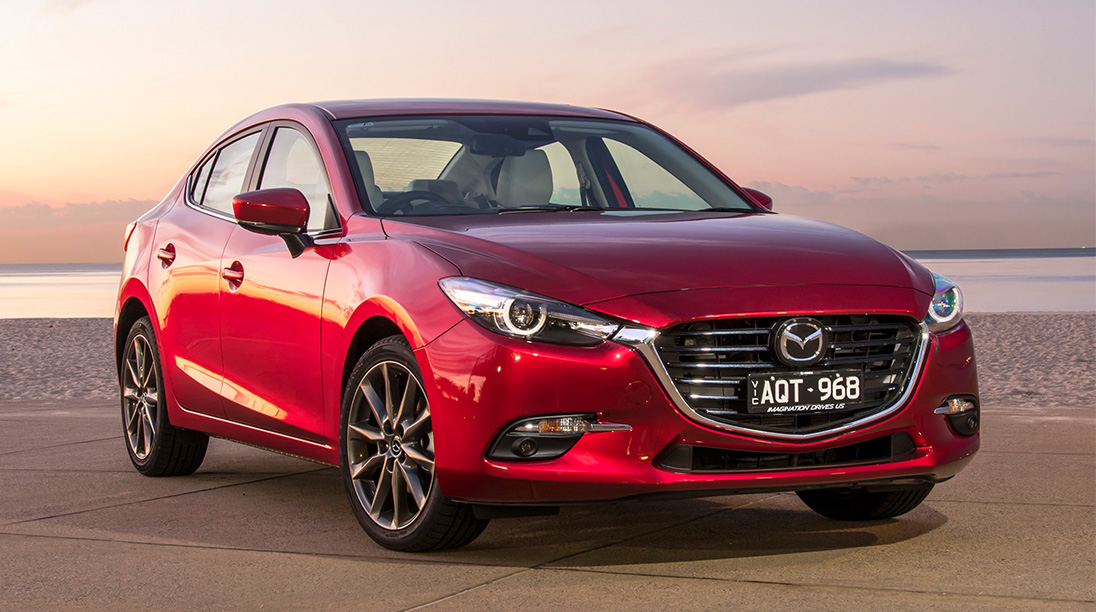 3 cheers: The redesigned Mazda3 should help arrest the decline of Mazda’s top-selling model, but the market shift towards SUVs will not be turned around by this, or other, new small cars on the horizon. 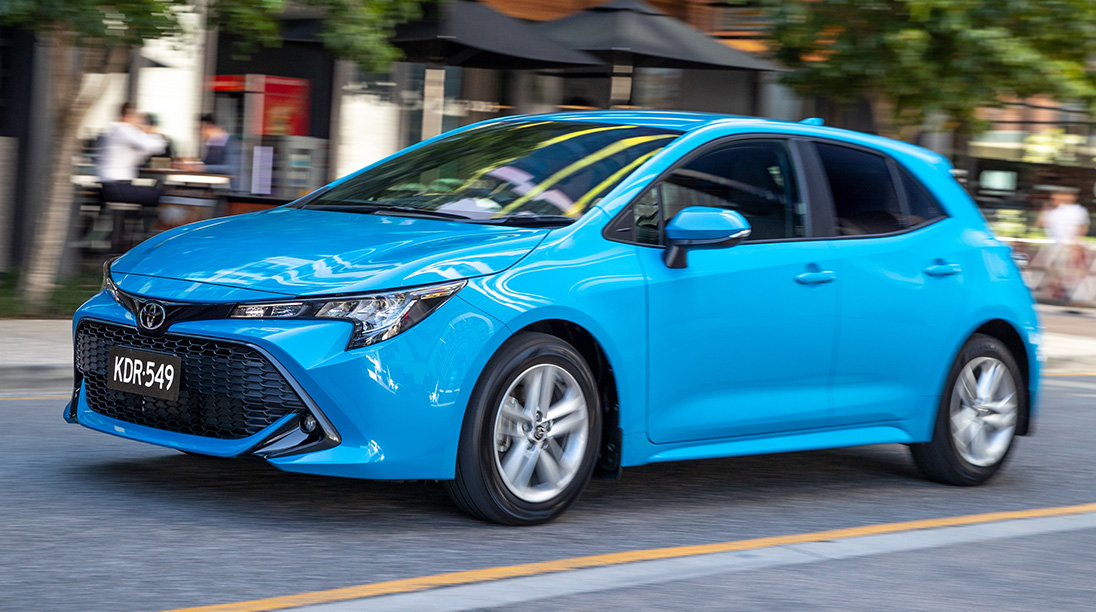 The phenomenal growth of these small SUVs combined with the downturn in sales of small cars saw the high-riding vehicles close the margin to the (often related) small passenger cars by 42,530 units in the space of a year, so falling another rung this year is certainly on the cards unless the new metal, and the fresh initiatives in the marketplace, arrest the serious decline.

The SUV juggernaut has momentum on its side, fed by incredibly busy product development centres at the world’s major vehicle manufacturers and strongly supported by buyers in Australia and abroad.

This will only serve to skew the balance of our new-vehicle market in favour of the high-riding genre, which last year outsold traditional passenger cars for the second consecutive year – 495,300 to 378,413 units, for a 43.0 versus 32.8 per cent share of the overall market.

As passenger-car sales plummeted 15.9 per cent last year, SUV sales grew by a steady 6.4 per cent, and there are no indications in official VFACTS industry figures that, in overall terms, this trend will not continue this year – and into next decade.

After a long period of market domination, that leaves the small cars heading deeper into the cul-de-sac.