The legal action, in the Federal Court of Australia, seeks to prevent Mercedes from forcing major changes which, the action will allege, will decimate the local car retailing industry.

As already reported in GoAutoNews Premium the dealers taking part in the action had written to Mercedes-Benz Australia saying they signed their agency agreements because they said the way MBA proceeded gave them little choice in the matter.

More than 80 per cent* of Australian Mercedes dealers have combined forces to fight the decision by Mercedes in Germany to implement the agency sales model in Australia which has been calculated to potentially cost the dealers participating in the action some $650 million in lost value of their businesses.

The dealers are being advised by a high-powered legal team led by Tim Castle SC and leading automotive industry lawyer Evan Stents at HWL Ebsworth.

The Australian Automotive Dealers Association (AADA) said in a statement: “Given the economic and practical effect of the agency model, Mercedes-Benz is acquiring the dealers’ goodwill, or a substantial portion of the goodwill, in the dealerships for nothing.

“Dealers consider that they have a lawful right to be compensated for the loss of or reduction in value of their goodwill.”

The AADA statement said that the Mercedes dealers were left with little choice but to take legal action.

The CEO of the AADA James Voortman said: “The decision to launch this legal action was a last resort for dealers but they were left with no choice.

“Mercedes has ignored the dealers’ overwhelming rejection of the agency model and it has consistently failed to negotiate with dealers on the issue of compensation for goodwill leaving them with no choice,” he said.

“Mercedes makes public claims it has consulted widely with the local Mercedes dealers.

“Well, this is consultation with a gun to the head.  Mercedes had the dealers over a barrel, forcing them to sign oppressive new agreements at short notice with the threat they could lose their businesses in the entirety if they did not sign and without paying any compensation for the value built up in these businesses,” Mr Voortman said.

The AADA said that in late June 2021 Mercedes-Benz advised the dealer network:

“The changes forced on the Australian Mercedes dealer network have major long-term implications for the automotive industry in general, Australia’s franchise industry more broadly and consumers.

“At the heart of this industry are Australian family businesses who have built up their businesses in some cases over generations with Australian ingenuity and plain hard work.  The dealer network has invested hundreds of millions in growing their businesses only to have that value taken from them with the stroke of a pen in Stuttgart,” Mr Voortman said.

“This is also bad news for Australian consumers who will pay more for cars, see less competition and will no longer be able to shop around for the best deal,” he said.

Mr Voortman said in a statement: “In 2021 Honda introduced a similar business model in Australia to the one Mercedes is trying to force upon its dealers.

“As a result, Honda prices have gone up and dealer numbers have dramatically reduced.

“Australian consumers have voted with their feet: recent industry data confirms that Honda is the only top 20 car brand in Australia to have experienced a decline in sales in recent months and in fact has seen a decline of 38.5 per cent.

“This is the thin end of the wedge and should send a shiver down the spine of every hard-working franchise business in Australia.

“If Mercedes is successful in forcing this change on Australian dealers without paying them appropriate compensation for the loss of their goodwill in their dealerships it will set a dangerous precedent for other global franchisors to implement similar changes.

“The attempt by Mercedes to re-write the rules in Australia is the latest chapter in the sorry story of Australian franchising which has seen countless examples of franchisees fleeced by powerful global franchisors,” Mr Voortman said.

“Mercedes-Benz Australia/Pacific has operated continuously in Australia since 1958. In that time, we have seen the industry evolve in reaction to the demands of Australian consumers.

‘We have worked collaboratively with our dealer network over the past three years ahead of the launch of the Mercedes-Benz agency model, which will better deliver to the demands of modern consumers. It will provide greater price transparency, better choice and a larger model availability for all customers.

“It is disappointing that some dealers have taken this action, but we believe the Mercedes-Benz agency model is compliant with all relevant Australian laws, and we will be defending our position vigorously.”

The Australian dealer network is a key employer, particularly in regional Australia, and is a major employer of apprentices.  Australia’s new car industry as a whole employs more than 60,000 Australians and contributes more than $12.8 billion to the Australian economy.

*GoAutoNews Premium understands that two dealer groups not participating have chosen to make their own way on the issue with MBA. 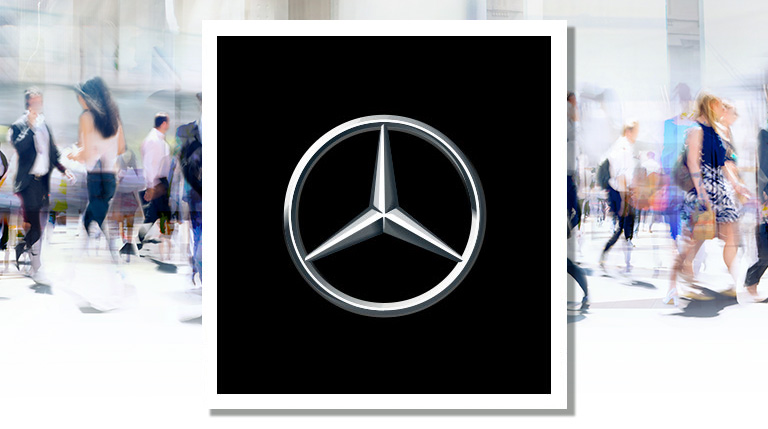