THE civil case mounted by Fiat Chrysler Automobiles (FCA) Australia against its former managing director Clyde Campbell hits the Federal Court tomorrow (May 27), with the car-maker seeking damages and compensation from allegations of various breaches of contract and conflicts of interest.

Mr Campbell held the role of managing director (and later CEO) between October 2010 and May 2013, before leaving to start Fiat Chrysler New Zealand with well-known automotive industry veteran Neville Crichton.

Mr Campbell is no longer involved with FCNZ.

GoAuto has obtained court documents detailing FCA Australia’s findings and the related allegations levelled at Mr Campbell, which include misuse of more than $30 million of company funds, some of which was allegedly directed to businesses controlled or owned by himself, his wife Simone and other business associates.

Details of the allegations are outlined below.

Mr Campbell previously held a senior role at a company called Motortrak, which was contracted by FCA Australia just after Mr Campbell started his role as managing director. 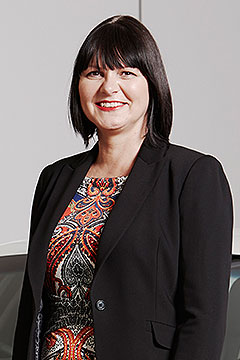 It is alleged that the increase was uncommercial and detrimental to FCA Australia’s interests.

It is also alleged that Motortrak invoiced FCA Australia for the cost of purchasing three Chrysler vehicles in the United Kingdom for use by celebrity “ambassadors”, including Shane Warne, Elizabeth Hurley, Harry Kewell and Sheree Kewell, despite the car-maker not being interested in brand ambassadors in the UK.

The writ states that the invoices for the cars “did not accurately describe the transaction but purported to be invoices issued by Motortrak in the course of its usual business”.

It is alleged that Mr Campbell, who has maintained a personal relationship with Motortrak director and majority shareholder Gary Pask, arranged for Mr Pask to attend the Australian Dealer of the Year event in February 2013, in New Orleans, at FCA Australia’s expense.

FCA alleges that in varying the Motortrak contracts, Mr Campbell breached his employment contract, and improperly used his position to gain an advantage for himself and Mr Pask and cause detriment to the applicant. 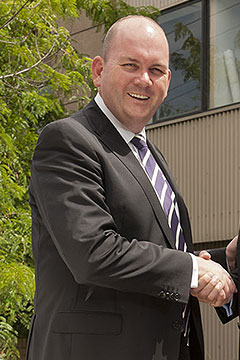 FCA Australia entered into a three-year contract with Digital Dialogue Media (ending on April 30, 2015), allegedly authorised by Mr Campbell, to provide the car-maker with corporate website services for a total cost of $6,600,000.

The Australian subsidiary of the American car-maker alleges that the contract was uncommercial and detrimental to the interests of FCA Australia as it was greater than the value of Digital Dialogue Media’s services and “substantially greater” than the cost of competitor services.

It also alleges that Mr Campbell maintained a personal relationship with former FCA Australia marketing director Sam Tabart, who held 50 per cent of shares in Digital Dialogue Media between January 2010 and January 2011, in which time FCA Australia paid the media company $21,012.

A further allegation in the lawsuit is that Mr Campbell organised for Mr Tabart to join him on a three-day golf and spa holiday in New Zealand in late 2014, paid for by FCA Australia, and with the knowledge of then chief executive, Veronica Johns, who replaced Mr Campbell in May 2013.

Ms Johns announced her resignation from the company in October 2014, citing “personal reasons”.

Motorworld is indirectly owned by former head of Mercedes-Benz USA, Ernst Lieb and by David Piva. It is alleged by FCA Australia that Mr Campbell maintained a personal relationship with both Mr Lieb and Mr Piva.

Between 2011 and 2013, FCA Australia states that it paid money to Motorworld Australia for dealership acquisition and marketing costs.

Further to the allegations involving Motorworld, it is also alleged by FCA Australia that three cars that were said to be earmarked for use as prizes or to be donated to charities – specifically, the Shane Warne Foundation, the Prostate Cancer Gala Dinner Fundraiser and the NRL Dragons – were purchased from Motorworld and redirected to other people, one of which was Ms Johns’ husband Gregory Hede.

The court documents state that Mr Knight is the principal of a company that trades as Madok Group, and of Domato. Between 2012 and 2014, FCA Australia said it paid Madok Group $3.1 million, which Fairfax Media reported was for renovations to the car-maker’s Port Melbourne office.

That company also conducted work on the home of Ms Johns and Mr Hede in 2012-2013 which was allegedly charged to FCA Australia, after Ms Johns requested that Mr Knight invoice the car-maker.

It is alleged that Mr Knight sold his vehicle back to another dealership – City Chrysler Jeep Dodge – in September 2013 for $80,000, which was in excess of its approximate value of $60,000. The allegation in the lawsuit is that Ms Johns agreed for FCA Australia to provide $20,000 of the repurchase price.

It is alleged that on May 2, 2013, after his employment had ceased, Mr Campbell entered into an agreement to sub-lease a property in Strathfield, New South Wales, for FCA Australia for 10 years at $145,000 rental per annum. The site was in an industrial zone and unsuitable for commercial use.

On the same day that Mr Campbell is alleged in the lawsuit to have entered into the lease agreement, a company called Premium Custody Services allegedly acquired the Strathfield premises for $1,450,000. It is alleged that Premium Custody Services holds the Strathfield premises on trust for Kalamazoo Super, which is the corporate vehicle of the superannuation fund for Mr and Mrs Campbell.

In September 2012, FCA Australia claims that it entered into an agreement with a company called Vinfinity, which owns the property Villa Gusto Epicurean Retreat in Porepunkah in north-east Victoria, for exclusive use of the property for 240 days a year over three years for a total payment of $5,000,000.

The lawsuit also states that in July 2013, the director of Vinfinity Benjamin Edwards and his wife Kirsten Edwards became the registered proprietors of the land on which Villa Gusto is located. It is alleged that Mr Campbell has maintained a personal relationship with Mr and Mrs Edwards, and that he arranged for them to join him on a three-day golf and Spa holiday in New Zealand in September 2014, paid for by FCA Australia, with the knowledge of Ms Johns.

It is alleged in the lawsuit that Mr Campbell directed media communications company Maxus to enter into an agreement with FCA Australia and another company, Spring Outdoor Media, with Maxus to rent pop-up Jeep kiosks and Jeep Poles at $7500 each per month per item, for promotional purposes from Spring Outdoor Media.

FCA Australia alleges that Mr Anthony Loxton, who was a director of Digital Dialogue Media with Mr Sam Tabart, also held 75 per cent of ordinary shares in Spring Outdoor Media via his company, Ricoleven.

Maxus, allegedly, was to pay an initial rental payment of five months’ rent in advance and at the end of the rental period the pop-ups and the Jeep poles were to have become the property of Spring Outdoor Media. The car-maker alleges that these were “irregular” terms and that the contract was uncommercial and detrimental to its interests.

The contract start dates were said to be July 2013, August 2013 and May 2014, with each contract covering approximately two years. Maxus was to pay $7500 rental per month per kiosk, and after the contract expired Dig + Fish would take ownership of the kiosks.

In March 2012, FCA Australia states that it entered into a contract with a company trading as The Romano Factor, to provide executive coaching and training services at a cost of $5000 per service day for 80 service days a year, adding up to $400,000 per year.

It is alleged in the lawsuit that on April 30, 2013 – Mr Campbell’s last day as chief executive – Mr Campbell and Ms Johns signed a letter “purporting irrevocably to extend The Romano Factor contract” for three years from 2016 to 2018.

In the lawsuit it says that Mr Romano and his family also allegedly have access to four fully serviced Chrysler vehicles as well as fuel cards and toll passes.

Mr Campbell has allegedly maintained a personal relationship with Mr Romano and arranged for Mr Romano to join him on a three-day golf and spa holiday in New Zealand that was paid for by FCA Australia with the knowledge of Ms Johns.

In the lawsuit it states that Mr Campbell allegedly backdated an agreement with the Gold Coast Suns AFL club which was dated April 30, 2013 – Mr Campbell’s final day at the helm of FCA Australia – but allegedly signed “in or about 11 May 2013”.

The sponsorship agreement included a fully maintained ambassador vehicle in Victoria and on the Gold Coast for star player Gary Ablett Jr, as well as fuel cards and toll passes. FCA’s position is that Mr Campbell was not authorised by the company to make or backdate the contract.

According to the statement of claim, a contract between FCA Australia and soccer star Harry Kewell, dated December 2012, includes a fee to Mr Kewell of $1 million per year, and two Jeep models, according to the court documents.

According to FCA Australia, this was changed in February 2013 in a letter signed by Mr Campbell on behalf of the car company, adding to Mr Kewell’s agreement: housing rental support of up to $2000 per week, assistance with school fees up to $75,000 per year, and eight return business class airfares per year between the United Kingdom and Melbourne.

FCA alleges that the cost of the agreements “significantly outweigh” the benefits to the company and were uncommercial.

FCA Australia also alleges that a company named My Alfa Romeo, of which Mr Campbell’s wife was a director and shareholder, charged it $550,000 for one or more mobile outdoor floating billboards that it never received.

In the court filings it states that FCA Australia “suspects” Mr Campbell used the money to pay for a 40-foot Chris Craft boat valued at more than $400,000.

FCA Australia alleges that in February 2013, Maxus media communications company received invoices for services from Andrew Vukosav Photography for “production and delivery of Alfa Romeo outdoor advertising” and a “yearly site subscription fee” adding up to $191,192.

It is alleged that Mr Campbell maintained a personal relationship with Mr Vukosav, and that he arranged for him to attend the three-day golf and spa holiday in New Zealand in September 2014, as well as the Australian Dealer of the Year event in Rio de Janeiro in mid-2014, both of which were paid for by FCA Australia, with the knowledge of Ms Johns.

FCA Australia states in the lawsuit that while he was in charge of the company, Mr Campbell incurred “excessive travel expenses” without commercial justification or approval – where necessary. During his employment, Mr Campbell was apparently paid $537,849 in travel expenses by the car-maker.

FCA Australia claims that in 2010, travel expenses for employees who were not usually expected to incur significant travel expenses amounted to $0, but in 2012 they were $452,138.

Alleged “excessive” hospitality, functions, entertainment, vehicles and other expenses include a 2013-2016 membership for the Victorian Racing Club for Mr Campbell and his wife valued at $244,800, paid by FCA Australia, while the company’s spending on gift cards increased from $0 in 2011 to $380,012 in 2012.

FCA Australia claims that in 2010 a company called Destination Group was paid $737,269 for travel bookings, event services and gift card purchases, which rose to $2,740,868 in 2012, according to the Statement of Claim.

Unauthorised use of technology

Finally, it is alleged that Mr Campbell sought access to FCA Australia’s email server after he left the company on April 30, 2013. In April and September 2013 it is alleged he requested to reset the password to his old account, and in October that year, emailed an employee to confirm whether his account had been closed.

It is also alleged that in June 2013 Mr Campbell emailed an FCA Australia employee to try and gain access to the car-maker’s confidential sales incentives program, which he said he already had in “hard copy”.

Through the action, FCA Australia is hoping the Federal Court will declare that Mr Campbell breached his employment contract, his implied duty of loyalty and fidelity, his fiduciary duties to FCA Australia. It is seeking damages, costs and compensation.