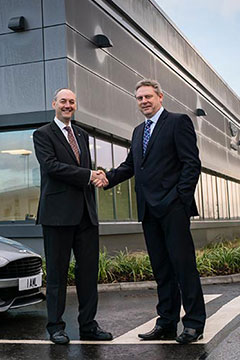 Product guru: Ian Minards (left) at the opening last year of a hi-tech prototype and vehicle development base at the MIRA Technology Park in the UK. He is pictured with MIRA CEO George Gillespie.

Dyson has refused to comment on whether Mr Minards, who has joined as global product development director, was hired to work on a vehicle program, saying only that the company has a history of recruiting experts from a wide range of backgrounds and that it was constantly developing new technologies.

Headquartered in Malmesbury, Wiltshire, with a global workforce of about 6000 employees, Dyson is rapidly expanding its operations and plans to recruit an additional 3000 workers, many of them engineers, by 2020.

It has invested £250 million ($A418m) in a new “technology campus” (pictured below) – housing 129 laboratories for 200 “live technology projects” – while an equivalent amount is being pumped into expanding its operations in Asia, where it has engineering facilities in Singapore and a manufacturing plant in Malaysia.

Around £50m ($A84m) is also being fed into universities in the UK and further afield.

Positions advertised in the recruitment section of Dyson’s website underscores its ongoing search for experienced engineers, and in its own words the company makes it clear that “through development and investment in new and exciting technologies Dyson is expanding into new and varied product categories”.

These jobs also emphasise that “to facilitate the development of a new and exciting product opportunity we are broadening our expertise, growing our engineering teams in both size and capability”. 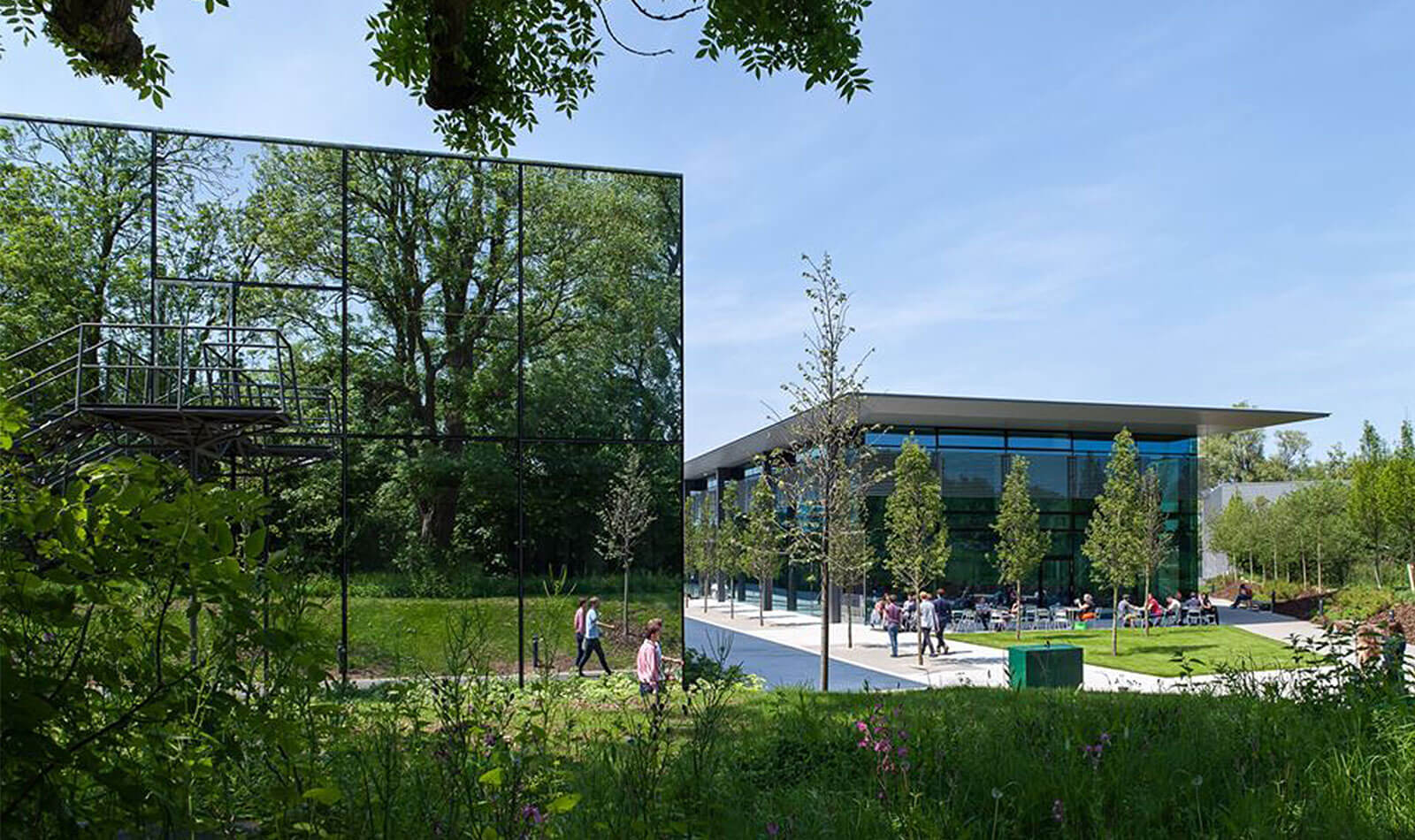 Reports that Dyson was developing an electric car intensified a few months ago when a British government document (‘National Infrastructure Delivery Plan 2016-2021’) stated that it was funding the company “to develop a new battery electric vehicle”.

However, the document was subsequently amended to say that the government was “providing a grant of up to £16m … to support research and development for battery technology”.

Founder James Dyson is known to be an admirer of Alec Issigonis – father of the original Mini – and, with son Jake at his side and other family members in key positions, is taking on global tech giants like Google and Apple in areas such as robotics and software, as detailed in an interview with the Financial Times last year.

Mr Minards brings to the position almost two decades’ experience with Aston Martin, where he played a crucial role in developing many of the British sports-luxury car-maker’s vehicles over that period.

He held a variety of positions early on, including chief program engineer for the V12 Vanquish and general manager of (separately) works service, sales operations and new model launches, but for the past decade had overseen all product development at the company, culminating in the awesome V12-powered DB11 flagship unveiled at the Geneva motor show in March this year.

Earlier in his career, Mr Minards had a brief stint as an engineering consultant and spent seven years working for Jaguar, mainly on prototype builds such as the XK8.

Aston Martin is yet to announce a replacement. 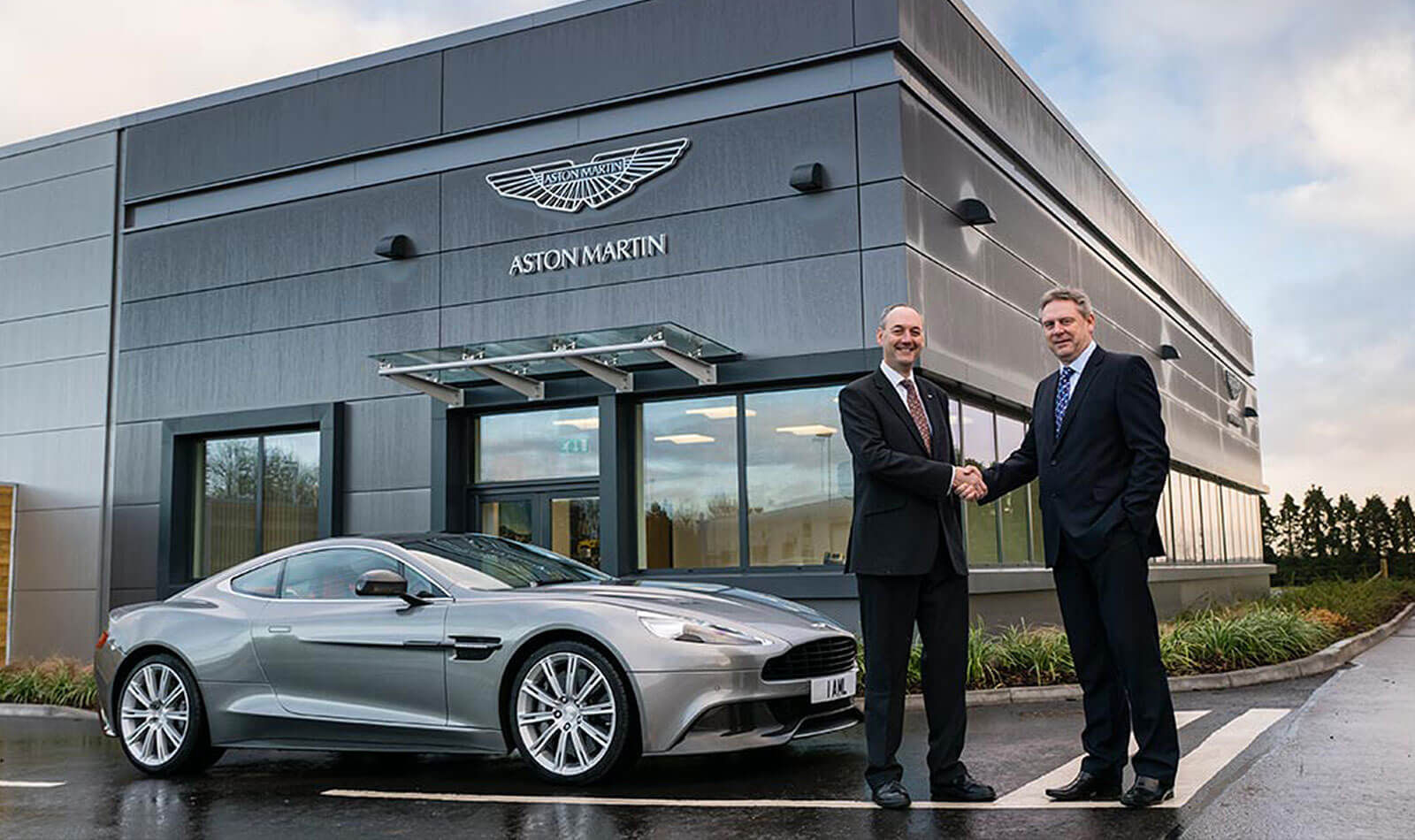 Product guru: Ian Minards (left) at the opening last year of a hi-tech prototype and vehicle development base at the MIRA Technology Park in the UK. He is pictured with MIRA CEO George Gillespie.