Eagers sells out of heavy trucks

It will make Velocity the world’s biggest franchise for Daimler, the parent for truck brands Mercedes-Benz, Freightliner and Fuso, and Citaro buses.

Velocity, which exclusively sells Daimler trucks and is one of the world’s most highly regarded dealers though its 36 US outlets, picks up all Eagers’ (and former AHG) 16 Daimler national truck and bus sales and service dealerships.

The deal gives Eagers an estimated net gain before tax of $32 million to $36 million, Eagers said in a statement today to the Australian Securities Exchange.

In the statement, Eagers’ managing director Martin Ward said the company would retain its Webster Truck and Isuzu Truck businesses and fold them into the automotive division. The Hino and Iveco operations will also be incorporated into the automotive retail division thus “removing the requirement for a standalone national trucks division.”

It is the second move in the past year by Eagers to rationalise its non-automotive assets following the sale of its Refrigerated Logistics division.

The sale includes property at Milperra that has Stillwell Trucks operation.

Mr Ward said: “The divestment of our Daimler truck operations represents another key step in the ongoing simplification of our automotive retail business.”

“Velocity will be a great home for the Daimler truck business and offers an exciting future.”

In Australia, Daimler Truck and Bus president and CEO Daniel Whitehead wished Eagers the best for the future and was excited that Velocity would be supporting the brands in Australia. 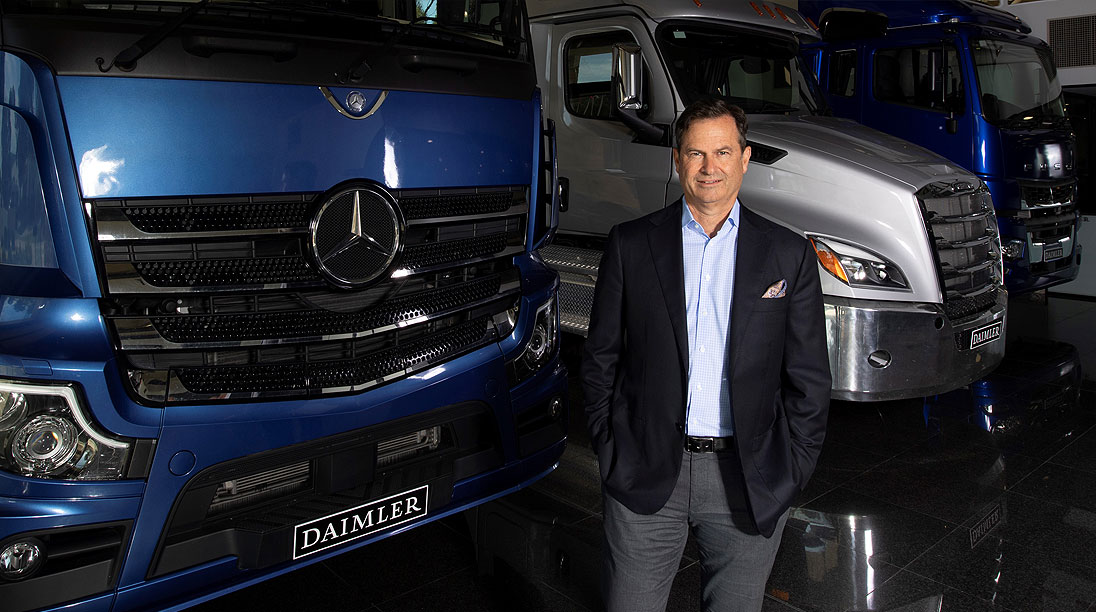 “We are extremely pleased to work with a group that has such an incredible track record with Daimler Trucks in the US which consistently delivers on a core commitment to commercial vehicle customers,” he said.

“Daimler currently has the best and most advanced cab-over and conventional trucks in Australia, and they will now be sold and supported by a strengthened dealership network of equal calibre.”

In a statement, the co-presidents of Velocity Vehicle Group, Brad Fauvre and Conan Barker, said Velocity would be able to deliver world-class service to the Australian truck market.

“We look forward to getting to know every customer and employee as we execute on our mission of Speed, Value and Trust for all of our Australian customers.”

The Velocity move follows other changes to the Daimler Truck and Bus business in Australia, including the addition of RGM Maintenance and Tristar Truck and Bus groups, the expansion of the Mavin Truck Centre network and the Elite Support initiative that further boosts customer satisfaction at several dealerships.

“We have long admired the Velocity Vehicle Group as a shining example of a best-practice commercial vehicle dealership network in a market where Daimler is number one and excellent customer service is critical to doing business,” he said.

“Velocity knows what it takes to provide the kind of service that truck and bus customers expect from Daimler and we are thrilled about the commitment it is making to the Australian market.”

Including the assets in the Velocity purchase, Daimler Truck and Bus Australia has 55 sales and service dealerships.