Some editions of the history of local sports car maker, Elfin, come with a boxed set of tools

SOME histories of car companies are so rich in detail that readers can almost sense the fabric of the car factory where the cars were made.

But the just-released book of the history of Elfin sports and racing cars goes so far as to include a selection of five of the actual tools used in the Elfin factory to build the cars.

Founded by Garrie Cooper in South Australia in 1959, Elfin went on to become the second largest racing car manufacturer in the world. Formula 1 world champion James Hunt had his last competition drive in an Elfin and French F1 driver, Didier Peroni, raced in Elfins as well. 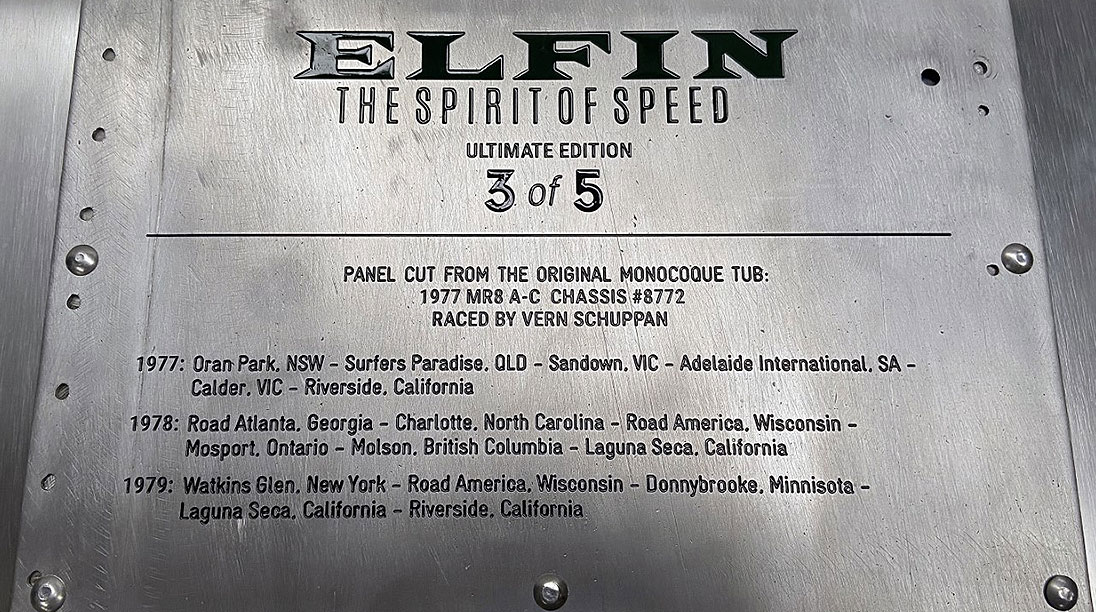 Elfin: The Spirit of Speed has been written by motoring writer David Dowsey who interviewed 50 key Elfin people over a period of five years to complete the work. It has been published by Bill Hemming, a one-time Elfin Sports Cars owner who is the founder of the Elfin Heritage Centre which is based in the Melbourne suburb of Moorabbin.

The Ultimate Edition is 704 pages long, weighs almost 20 kilograms (book and case) and costs $2750. Just five have been produced and all five sold out in less than two days.

The book features incredible production values, with a specially made matching slipcase, heavyweight stock, ribbon bookmark modelled on the famous Elfin-made magnesium wheel, and contains rare historical photos as well as specially commissioned photographic essays of every Elfin model produced between 1959 and 2012. 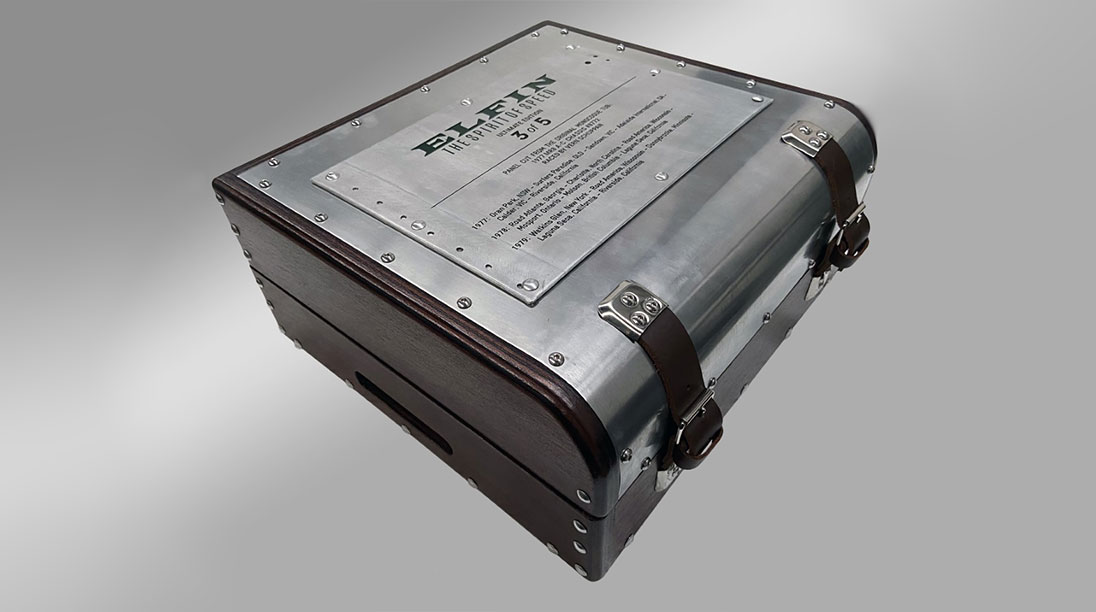 The Ultimate Edition is packaged in a wood and aluminium presentation box complete with leather straps and a special presentation plaque cut from Vern Schuppan’s Elfin MR8A-C, which he campaigned in Australia and – in Can-Am specification – in North America.

Housed within their own compartments is a signed and numbered copy of the book – complete with replica chassis plate that can be stamped with the owner’s Elfin chassis number – along with a selection of genuine Elfin Sports Cars body-making tools used by Garrie Cooper and body-maker and designer John Webb from the late 1950s through to the late 1970s.