FAKE imported Holden Commodore bonnets that could fly open at speed have sparked another warning that consumers should pressure the repair industry to use only genuine parts when repairing vehicles.

The warning came from automotive industry body the Federal Chamber of Automotive Industries (FCAI) and followed testing by GM Holden which showed that the imported bonnets fell far short of the durability required for safe operation.

The chamber announced it had also struck a co-operative agreement with the Department of Immigration and Border Protection in a bid to stamp out the importation of counterfeit parts.

The FCAI has established a web portal – genuineisbest.com.au – where consumers can report instances where repairers have used fake parts in repairing cars or have offered to use fake parts in a repair, said FCAI chief executive Tony Weber.

“The reporting mechanism is expected to result in greater knowledge about counterfeit importations and lead to more prosecutions,” Mr Weber said at a press conference at GM Holden headquarters in Fishermen’s Bend last week. 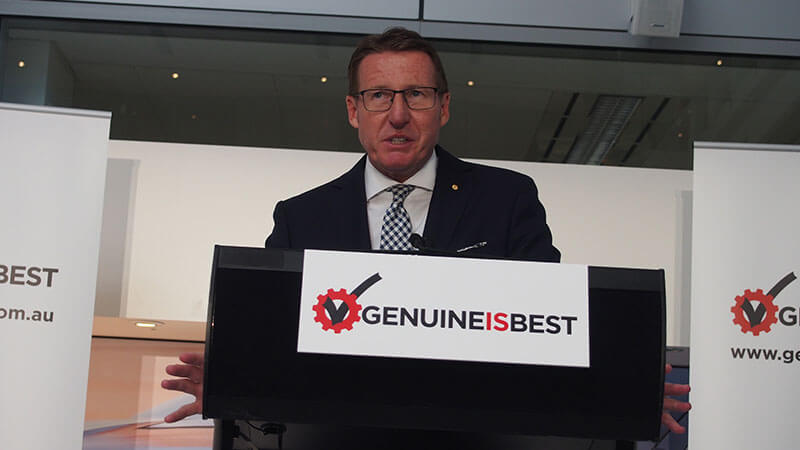 “Each report will be rigorously investigated by the affected car-maker to ensure its accuracy. The car-making industry will then lodge a formal notice of objection with the department empowering them to launch a program to identify and intercept incoming counterfeits.”

In 2016 the department intercepted and seized 190,000 imported fake parts.

The fake Commodore bonnets came to light when the Centre for Automotive Safety Research (CASR) conducted back-to-back tests between a standard bonnet and imported aluminium and steel bonnets – the standard VF bonnet is all aluminium – to see if there was any impact on pedestrian safety.

“The results were as expected,” Mr Weber said. “The genuine items outperformed the non-genuine bonnets in every single safety criterion.”

In particular, the comparison showed that the fake bonnet increased the chance of traumatic brain injury for pedestrians.

Mr Weber almost became a victim himself while observing the tests as the heavier fake steel bonnet overwhelmed the standard gas strut and collapsed suddenly as he was standing next to the car. 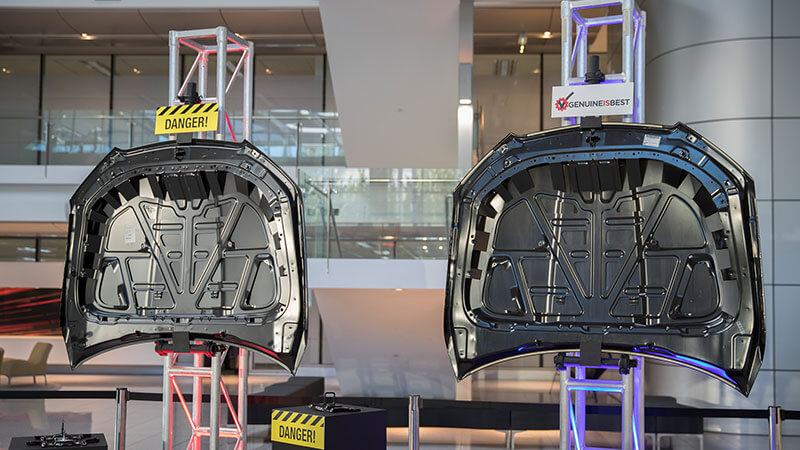 GM Holden engineers subsequently decided to do some more tests on the bonnets and found that inferior materials used in the fake bonnets would lead to premature failure and the possibility that the bonnet could fly open at speed, blinding the driver and creating a dangerous situation.

Led by Holden engineering group manager Rowan Lal, the testing showed that the metal used to make the strike wire – the U-shaped wire on the bonnet which engages with the latch in front of the radiator – was too soft and would lead to the wire breaking.

Repetition testing also found the wire in the fakes was poorly mounted into the bonnet and would eventually pull free of its mounts.

“A striker wire failure during vehicle operation is a major road hazard. It presents a serious danger to the vehicle occupants, other road users and pedestrians,” Mr Lal said.

“In a striker wire failure, hoods can fly up towards the windscreen, shattering glass, injuring vehicle occupants and completely obscuring visibility. The safety risk is significant.

“Excessive wear, incorrect fastening and insufficient metal hardness were exhibited on the striker wire on both non-genuine items.” 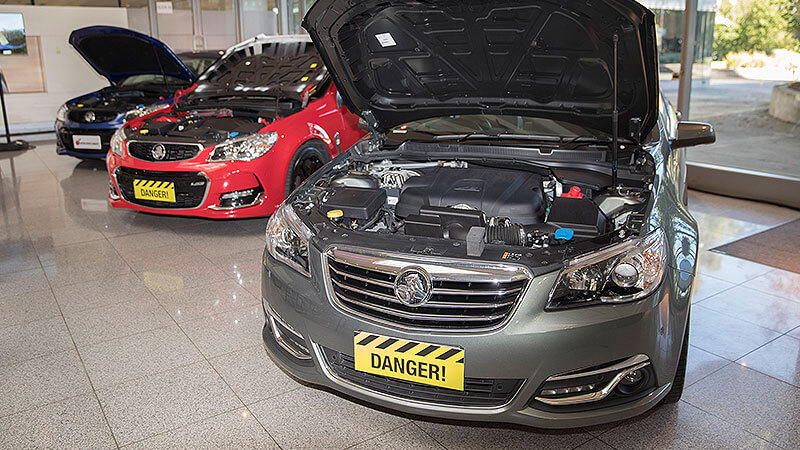 Ambassador for the FCAI Genuine is Best campaign, five-time Australian touring car champion Mark Skaife, backed up this assessment with his own personal experience.

“In 1995 in the VR Commodore exactly the same thing happened to me at Oran Park Raceway. Over the dogleg at about 200km/h, exactly what happened in the testing happened to me. (The bonnet) smashed the windscreen and blocked my vision totally.

“An incident like that on a public road with oncoming traffic or in a high-speed freeway situation would be absolutely terrifying.”

Mr Skaife said fake parts do not have the same level of research, design and development behind them that the original parts do.

And the issue was not confined to Commodore parts, he said. Counterfeit hoods are available for a wide range of cars on Australian roads.

“What the Holden engineering team have derived from their testing of the non-genuine parts has shown that there is certainly a time bomb on Australian roads.”

Mr Skaife said the use of non-genuine parts in a repair weakens the safety standards that were originally built into the car.

“Counterfeit parts cannot protect to the same level as genuine parts and, in this case, they are outright dangerous.

“Australian drivers need to ask themselves if they would buy a car that they knew had been fitted with non-genuine parts and, more importantly, would they put their son, daughter or partner behind the wheel.” 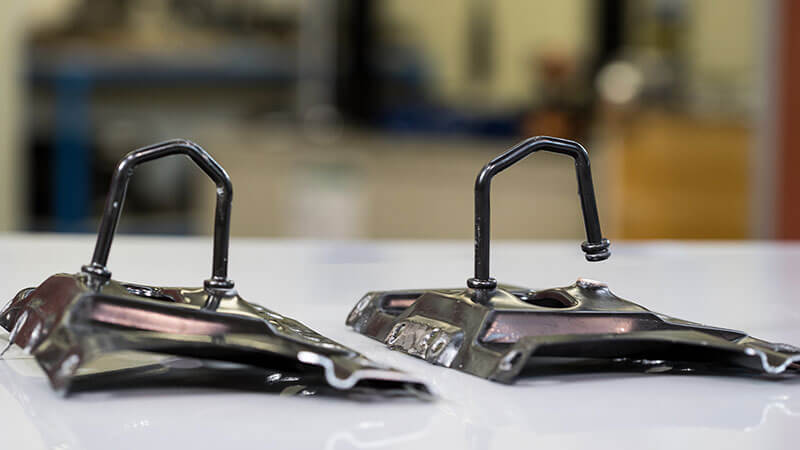 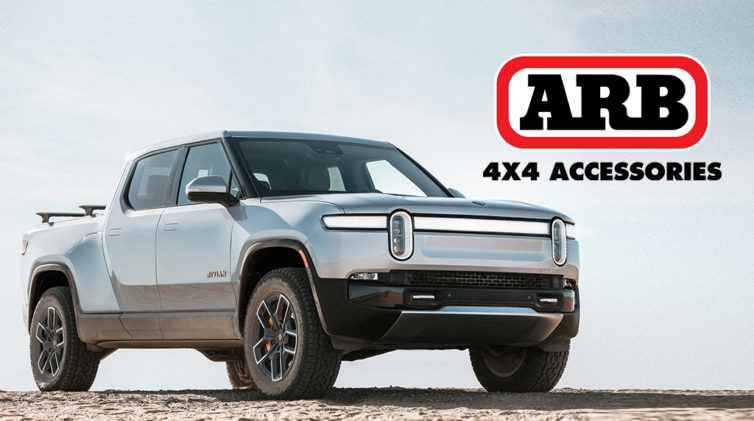 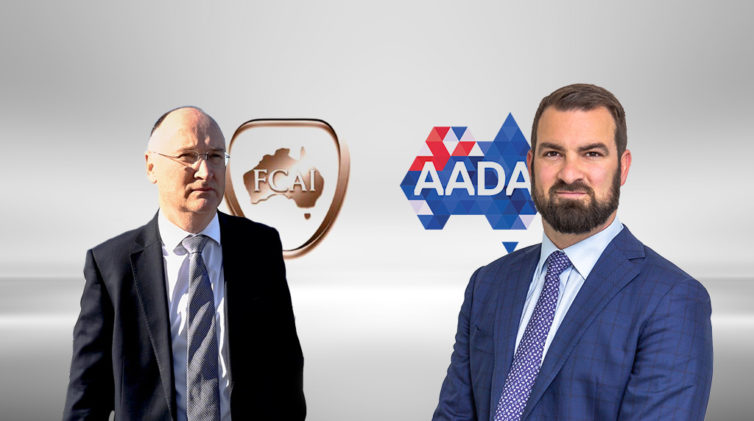 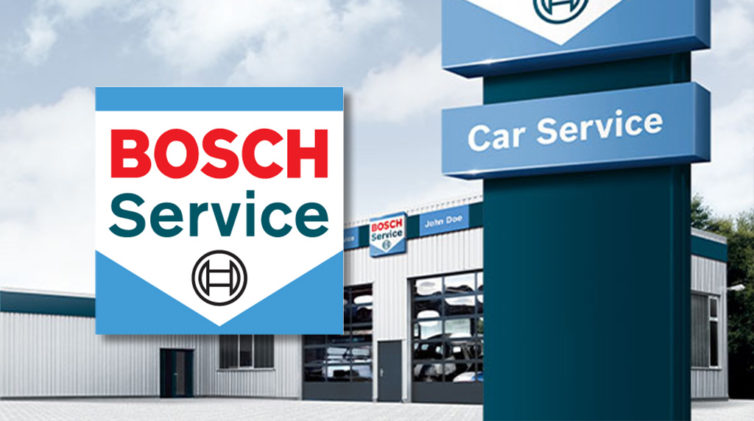 Bosch-INEOS service partnership the first of many