The Federal Court in Melbourne last week ordered that Ms Johns join the lawsuit as the second respondent alongside her former colleague and boss Clyde Campbell, who in May was accused by the car-maker’s Australian arm of misusing more than $30 million in company funds.

Ms Johns was mentioned in the original statement of claim, filed in early May, but an amended version filed in the Federal Court last week, and obtained by GoAuto, details further claims against her.

In the latest development of the ongoing scandal, it is also claimed by FCA Australia that Mr Campbell’s wife, Simone Campbell, benefited from more than $600,000 of kickbacks. 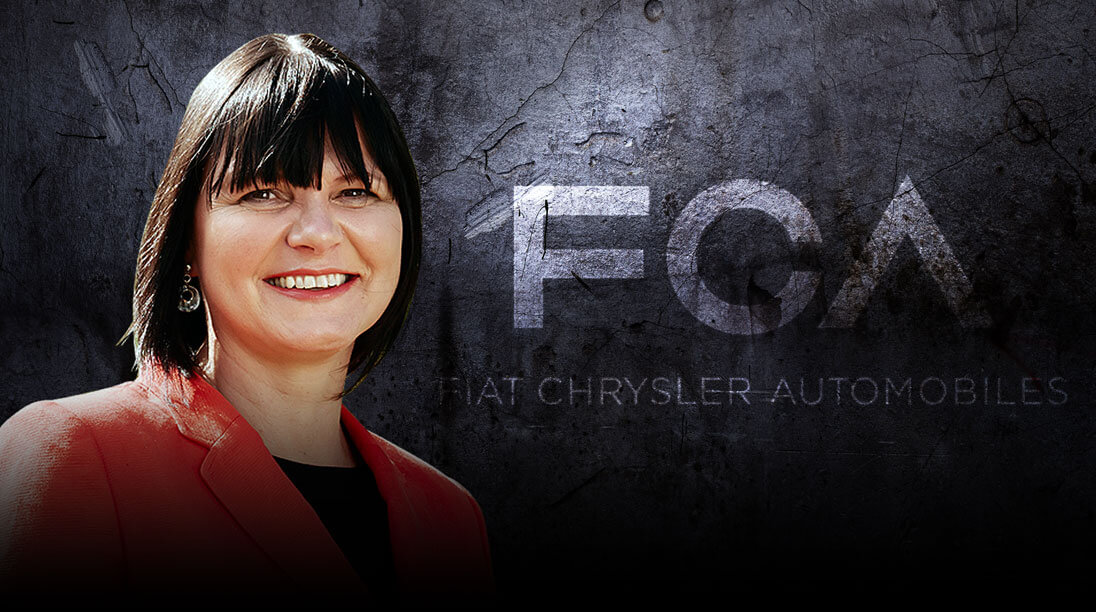 Further claims: Former FCA Australia president and CEO Veronica Johns has been officially added as a respondent to the lawsuit brought against her old colleague Clyde Campbell.

It is alleged that Ms Johns was aware of payments to the Motorworld Australia dealer group between May 2013 and December 2014, that, according to FCA Australia, significantly exceeded the company’s normal limits for marketing assistance to members of its dealer network.

As previously reported, Motorworld is indirectly owned by former head of Mercedes-Benz USA, Ernst Lieb and by David Piva. It is alleged by FCA Australia that Mr Campbell maintained a personal relationship with both Mr Lieb and Mr Piva.

In relation to the purchase by FCA Australia of three cars from Motorworld Australia that were earmarked as prizes for charity and sporting organisations (one of which was the Shane Warne Foundation), the car-maker alleges that following Ms Johns’ appointment as managing director she authorised the purchase of the two cars, and a third car that was then given to her husband Gregory Hede.

It is alleged that in 2013 Ms Johns directed the City Chrysler Jeep Dodge dealership to purchase the car registered in the name of Mitchell Knight (the principal of a company that trades as Domato and Madok Group) that was given to him for free, for $80,000.

The dealership had valued the vehicle at $60,000 and Ms Johns then allegedly agreed to top-up the payment to the dealership by $20,000 to make up the shortfall.

FCA Australia claims that Mr Knight of the Madok Group was conducting work on Ms Johns and Mr Hede’s house in 2012 and 2013.

FCA Australia claims that it ended up paying $167,759 for the Madok invoices, of which it is alleged $91,435 was related to the updates to Ms Johns’ house.

It was alleged in the original Statement of Claim that on May 2, 2013, after his employment had ceased, Mr Campbell entered into an agreement to sub-lease a property in Strathfield, New South Wales, for FCA Australia for 10 years with a rental fee of $145,000 per annum.

On the same day that Mr Campbell is alleged to have entered into the lease agreement, a company called Premium Custody Services allegedly acquired the Strathfield premises for $1,450,000. It was alleged that Premium Custody Services holds the Strathfield premises on trust for Kalamazoo Super, which is the corporate vehicle of the superannuation fund for Mr and Mrs Campbell.

In the amended claims, it is alleged that Ms Johns was aware that Mr Campbell was not the managing director of FCA Australia at the time the lease was signed, and she was aware of his indirect interest in the property.

In relation to FCA Australia’s contract with the Villa Gusto retreat, new claims allege that three invoices of $150,000 each were received by the car-maker, which it says were uncommercial.

It is alleged that approximately $300,000 was spent on the construction of a swimming pool at the property, while $150,000 was an expense over-run for a dealer event held in Los Angeles. It is alleged that Ms Johns tried to conceal the cost over-run from FCA Australia’s financial controller.

It is also alleged that Mr Campbell drafted the extension letters for Villa Gusto’s contract in July 2014, more than a year after he left the top job at the company.

There are further allegations made against Ms Johns of “excessive” spending for CEO weekends held at the retreat, of which FCA Australia had a contract for exclusive use of for 240 days a year over three years for a total payment of $5,000,000. In relation to FCA Australia’s agreement with the Gold Coast Suns AFL team, it is alleged that Ms Johns was aware that Mr Campbell backdated the contract to when he was managing the company, even though it was signed “on or about 11 May 2013”.

Ms Johns is also named in relation to the contract, with FCA Australia alleging that by agreeing to Mr Kewell’s contract extension she breached her fiduciary duties by “obtaining for Kewell a benefit or gain where there existed a conflict or possible conflict with her fiduciary duty”.

A new allegation relates to a contract Ms Johns signed with a company called Nice Bike Pty Ltd in in July 2014 for 10 marketing campaign concepts per year for three years starting on January 1, 2015 for $900,000 payable in half-yearly installments.

In June 2013, media and communications services agency Maxus invoiced FCA Australia for $500,000 for a Nice Bike video production, and the car-maker is now questioning why such a fee would be charged 18 months before any services were delivered under the Nice Bike contract, and why the invoice was passed through Maxus.

FCA Australia believes this payment was uncommercial and detrimental to its interests.

Ms Johns has also been included in allegations, alongside Mr Campbell, relating to contracts signed with other companies engaged by FCA Australia, including The Romano Factor and media and communications company Dig + Fish.

More allegations have surfaced in relation to excessive travel and entertainment expenses.

This includes the assertion by FCA Australia that between late 2012 and April 2013 an excessive number (about 22) ambassador cars were provided to individuals that “did not have an entertainment or sporting talent to justify their appointment as a brand ambassador” for the car-maker. Further allegations of over-spending directed at Ms Johns include the cost of the company’s famous Christmas parties, which hit $808,000 in 2013 and $786,000 in 2014, while its spend on gift cards reached $341,000 in 2014.

Ms Johns rose to the highest position in FCA Australia in April 2013 after starting at what was then known as Chrysler Group Australia as an administrative assistant in 1999. After just 18 months in the CEO role, Ms Johns resigned, citing the sudden illness of her father as her reason for leaving.

Ms Johns’ name is not the only one added to the latest Statement of Claim, with FCA Australia alleging the Mr Campbell’s wife Simone has also received more than $600,000 worth of kickbacks via various contracts and company dealings.

The former Baker & McKenzie lawyer allegedly used her own company that only had the name ‘ACN 124 …’ to invoice two companies – Superstring and Dealer Drive – for marketing and strategic planning advice.

The car-making giant is now alleging that the dealings with those companies, and a third company called Motortrak referred to in the original Statement of Claim are uncommercial.

The next directions hearing will take place at the Federal Court in Melbourne on November 19, while the full trial is expected to run next year.