Peugeot in cruise mode in terms of sales growth before new models, strategy kick in

PEUGEOT Australia will not move its sales needle upwards in 2015, despite the new-vehicle market on record pace and running 3.6 per cent ahead of last year’s mark.

Despite a renewed and refreshed small car line-up, notable omissions in Peugeot’ s SUV product pipeline and a previous lack of price-point leaders has hindered the brand’s visibility in a crowded marketplace.

As well, Peugeot Automobiles Australia’s outgoing general manager John Startari has acknowledged that its commercial vehicle program is at a standstill ahead of a relaunch in 2016.

The local operation is still in the midst of an organisational revamp, assessing and implementing new structures across its backroom and dealer networks, and in February was targeting an annual sales target in excess of 5000 units – a mark it has not managed to reach since 2012.

To the end of September, Peugeot sales are down a further 2.4 per cent, with 3223 sales posted. That gives it a market share of 0.4 per cent.

“This year we’re forecasting that we’ll finish relatively flat, and that’s a product of the transition that we’re making in the back office,” Mr Startari told GoAuto at the launch of the Series II 208 in NSW this week.

“We’re rationalising models and it’s always hard to make the tough decisions because there is a volume impact, but we’re doing it for the future.

“The SUV product is what we’re aiming for. We need to take that long-term view, not look for short-term wins that will affect us long-term.” 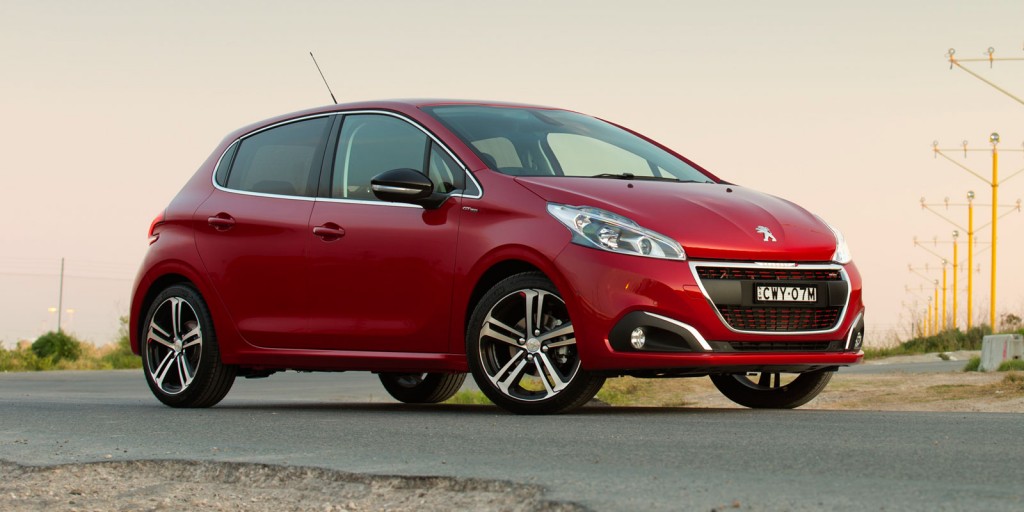 Premium play: Despite the presence of a $15,990 price leader in the new 208, Peugeot wants to maintain its traditional market position of Euro prestige going forward.

A recent facelift has seen the introduction of a sub-$20,000 model for the first time in the company’s local history, with the 208 Access’s price of $15,990 plus on-road costs pitching it into the midst of the light-car segment’ s most competitive group that includes the likes of the Volkswagen Polo, Ford Fiesta and Suzuki Swift.

Mr Startari said that the brand was not targeting any one brand in particular with the new pricing structure, noting that the 208 would go against Korean and Japanese brands as well as European marques.

“People assume our cars are more expensive than what they really are, so we’ve gone aggressively into that sub-$20,000 range,” he said. “It’s important to have an attractive offer in there. We believe when people come into the dealership, they’ll see the value in the level two and three cars (Active and Allure).”

The 308 languishes down the small-car order, despite positive press and a gong for 2014 European Car of the Year. While sales are up 94 per cent year on year at 1215 units, the tally pales in comparison to its most logical rival, the VW Golf, which has recorded 17,138 sales for the year to the end of September.

Mr Startari believes the brand’s smallest car has a role to play going forward, pointing out that the 208 now mimics the 308’s model line-up.

“208 is important because it gets people into the brand, and people with 208s tend to trade in their vehicles a lot quicker than the industry norm, and going to a 308 or above,” he said. “(The 208) is an important car for us. I think with that price point we’re going to be much more attractive to a younger demographic as well.” 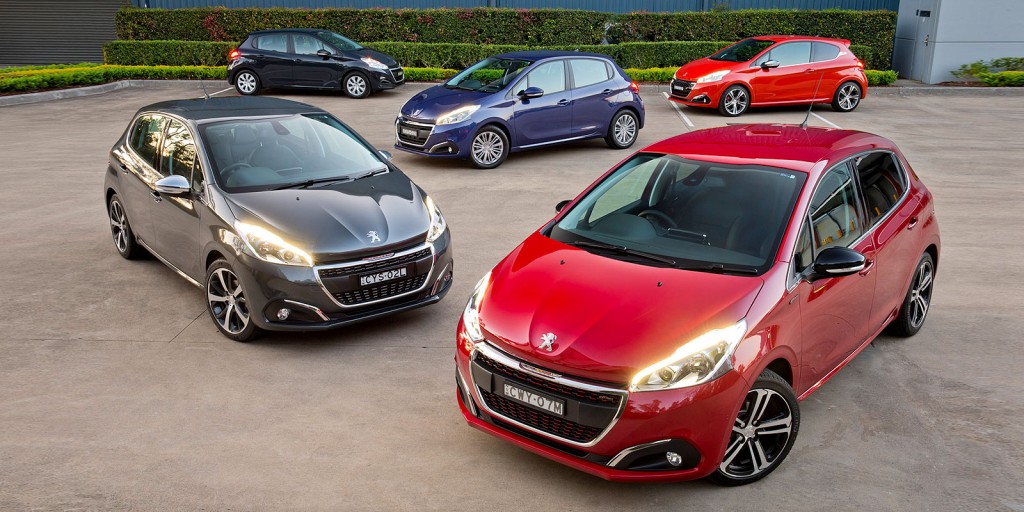 The large 508, too, struggles in its shrinking large-car segment, with just 274 cars sold so far this year (-3.2%). Peugeot has recently reacted to the slowing sales, with all 508 diesels now subject to driveaway pricing until the end of November.

By far its biggest handicap for the brand is the lack of a suitable SUV product in the small and medium spaces.

“I think the thing with (the 2008) is really exposure. With limited marketing budgets we can’t be all things to all people,” said Mr Startari. “308 has been our focus, and 208 will be our focus.

“We’re hoping that there may be a bit of crossover; considerers of this model may look at 2008 as something a little bit bigger, and a bit higher in terms of hip point. We’ll run that through to, obviously, the new model.”

Mr Startari also noted criticisms levelled at the 2008’s drivetrain selection, which offers just one four-speed automatic coupled to a 1.6-litre petrol four, along with a pair of manual-only diesel variants. “That’s something we’ll address with the new model,” he acknowledged.

The brand’s two commercial vehicles, the C-segment Partner and 2.5-tonne Expert, are no longer offered. Mr Startari told GoAuto that Peugeot will recommence operations in the commercial arena in 2016 with new product, but was unwilling to provide concrete details.

“We are exploring a new strategy there, and I’ll reveal that once it’s finalised,” said Mr Startari. “We’re looking at entering that commercial market with a different type of strategy.

“There are new, larger vans coming, but yes, we’ll look to enter the market early next year with our revised strategies.”

Mr Startari said that the company has worked hard in the area of transaction values, rather than recommended retail prices, as well as a new distribution strategy for commercial customers.

“We’re looking to address the constraints of that for a smaller player,” he said.

“I think we’ve come up with something that’s very innovative, and when we reveal it the market will tell us whether it’s the right strategy or not. We’ve done a lot of research in that area and we believe we’ve got the right formula.” 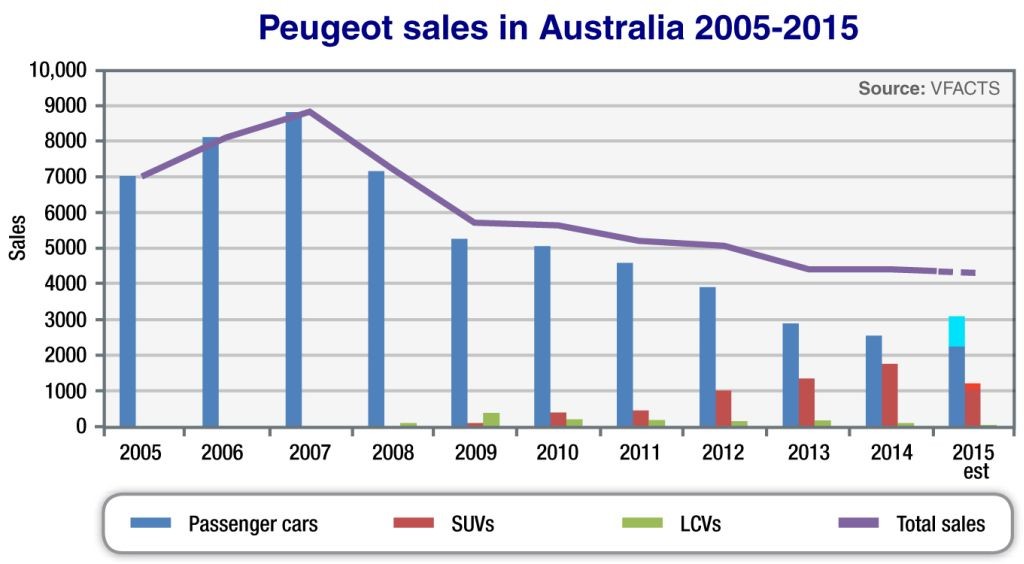 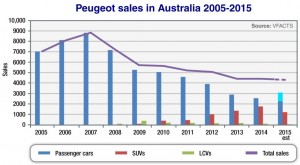