FORD’S recent series of attack TV commercials highlighting the apparent superiority of the Ford Ranger over the Toyota HiLux and the power of the Ford Kuga over the Toyota RAV4 are straight from a strategy used against Ford two decades ago when Ford was market leader and Toyota was working hard to overtake them.

While the TV commercials have been stopped – coinciding with the launch of the new Toyota HiLux – the strategy was exactly that was used from the Toyota playbook in the early 1990s which was designed to position Toyota as an alternative in the minds of Ford buyers but also to undermine the confidence of Ford people that they could hold off Toyota.

Bob Miller, who was the general manager of marketing at Toyota at the time and is now an adjunct professor at Macquarie University where he teaches marketing in the Faculty of Business and Economics – and a student of the use of military strategies in marketing – told GoAutoNews Premium that in order to take over the ground Ford occupied as market leader it “was necessary to get into the minds of Ford management and their sales staff”. 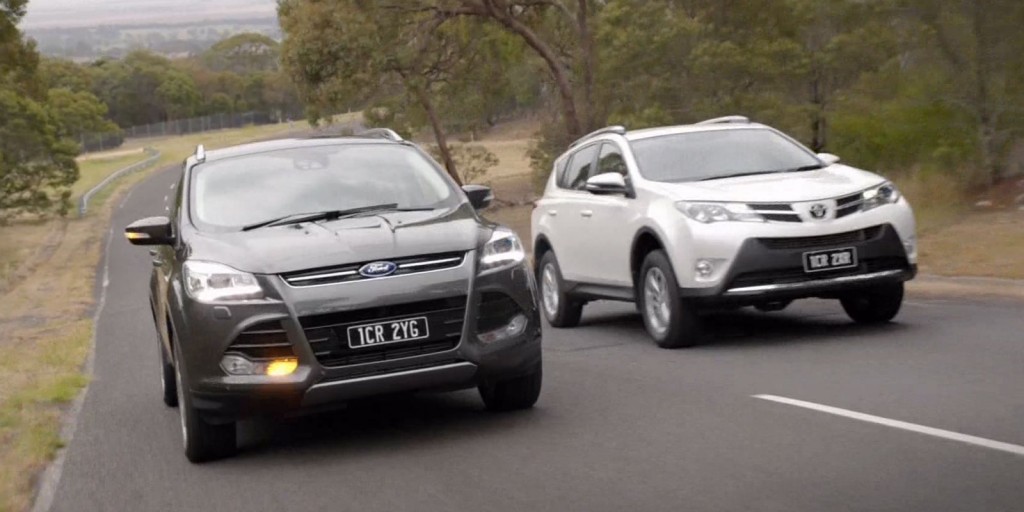 “You have to take over their minds first,” Mr Miller said. “We were after the executives. We did not want them to think that they could retain market leadership.”

He said: “I had worked at Ford previously and I knew that in the soul of a Ford executive was the desperate need to be market leader.  And I remember when they did become market leader in 1982 when they took it away from Holden.  So the drumbeat at Holden then was that they were number one but the dream of Max Gransden who was the director of sales and marketing at Ford in those days was that he would be at the helm when Ford became number one. So I knew the passion that they had to be market leader.

“When I moved across to Toyota I set out to undermine that mindset.  If you can achieve that then you can undermine everything that they do because they go into loser mindsets.

“And that is what we did.

“So outside the Homebush plant (in Sydney) which was also their their regional office we put up billboards on a railway bridge for everyone who worked there to see saying that Toyotas were better than Fords.  So the message was that you are never going to survive this; you are going to lose. The billboards went up everywhere.”

“I know I am winning when they ring my boss to have the ads pulled.” 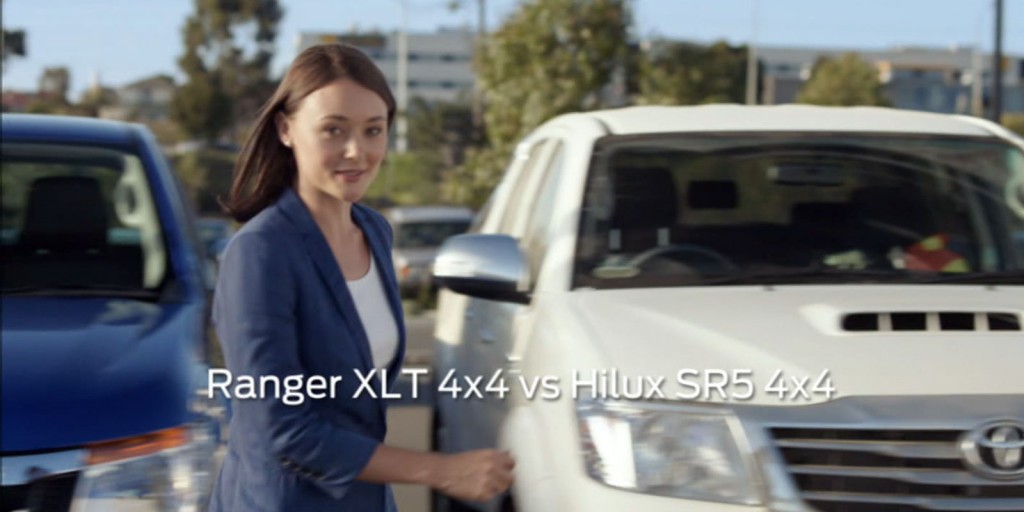 Toyota also  began advertising that Camry was more fuel efficient than Falcon: which was true but one was a light-medium four cylinder car and the Falcon was a larger six-cylinder car.

Mr Miller said the philosophy was simple.  “The Camry was in the medium car four-cylinder segment which was getting smaller. It was never going to be a huge growth segment.

“The Holden and Falcon were in a segment which, at the time, was growing and we had everyone saying that the Camry was a four cylinder and therefore was not a proper car.

“I said:  ‘Hang on, we have a factory churning these things out by the thousands. We have to sell them to someone, why don’t we sell them to Ford’s customers because they had the most customers to sell to?’

“So suddenly we are on TV telling Ford’s customer that we have a car they might like that uses less petrol than a Falcon.

“Ford screamed.  Again every time they sent another letter I just ramped up the frequency of the message because we were capturing their minds and they were telling us we were succeeding.”

Mr Miller said the message was also aimed squarely into the Ford and Toyota showrooms.

“We always agreed that 52 per cent of the audience for our advertising was aimed at the dealers and their salespeople to make them feel confident in what they are selling; that you can overtake a RAV4 more quickly and safely in a Kuga and you can get more bags of cement in a Ranger.”

Prof Miller said that Toyota ramped up the message about Camry engine efficiency after Kathy Watt won the cycling road race in the Barcelona Olympics.  Toyota had just passed Ford and was market leader and Toyota saw Kathy Watt’s victory as a way of convincing women how efficient Toyota engines were, without getting technical.

“We did not have the money or the mindset to sponsor the Barcelona Olympics so we gathered up little Kathy Watt, who was the most aerobic human being ever to pass through the portals of the sports centre in Canberra. Kathy started life as a runner but her legs were short so she took up cycling and became the gold medalist at Barcelona.

“So without saying: Hey women, this engine is more efficient, we were able to demonstrate to women in a series of TV commercials the concept of Kathy Watt: Breathe Better, Perform Better.

“It was only a small leap to apply that to the Camry engine,” Prof Miller said..

“That was packaged as the O2 advantage. We even put a 10 cent decal on the engine to tie it all in and it just drove it home with women buyers and in the showrooms.

“If you apply that to the dealership level you have to help the sales staff to move metal. That is one of the roles of marketing.

“So instead of trying to explain to my mother that the multi-valve overhead cam engine is better than the other guy’s engine they understand, as any woman would, that if you breathe better you perform better as in Kathy Watt. That showed up in all the research and it worked.” 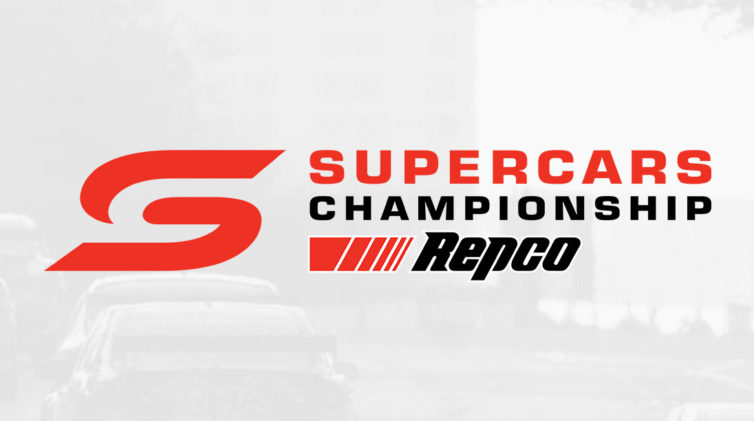 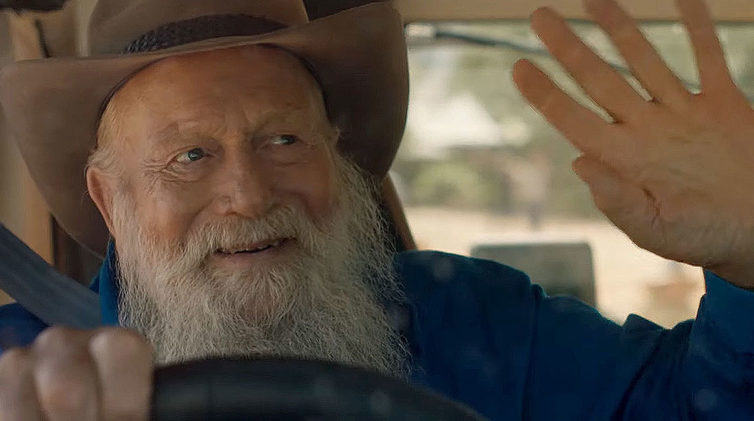 One friendly wave from Jeep 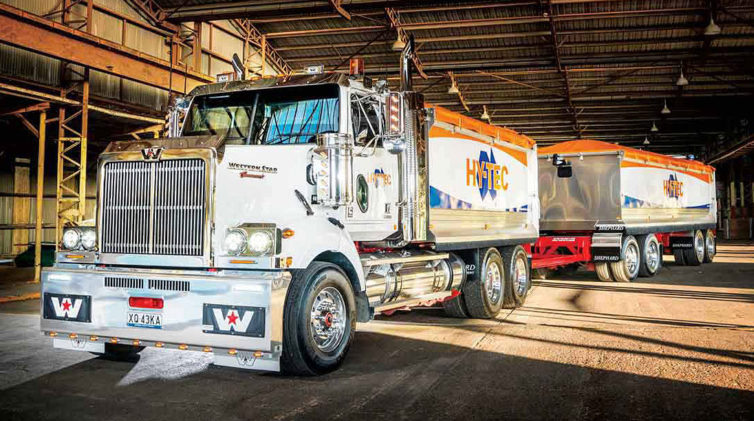 MAN and Western Star get marketplace