FORD Australia says it has removed all the tricks used in car ads with a new “No Advertising Trickery Required” campaign that lays bare all the fudging advertising agencies use to blur reality.

Sadly, by revealing the tricks, it lends itself open to creating consumer doubt about current and future advertising campaigns.

The TVC for the new Ford Puma SUV is now on the air and will be followed later this month by a campaign for the updated Escape SUV.

The Puma campaign has four TVCs now on and includes Ford’s first plug-in hybrid model to be launched in Australia.

The ad opens with the Puma on a stage and then begins to show the production “tricks” slowly removed so the viewer is left with the raw stage bereft of illusions.

It reveals that the green screens and green-clad actors are holding props that imitate reality and, at the end, stripped raw of the green colour, the Puma remains intact.

The ad is from Clemenger BBDO Melbourne which was awarded Ford’s global creative account in 2018, winning it from WPP that had held it for 75 years.

In the Mumbrella website, Ford Australia director of marketing Daniella Winter said the creative idea keeps the focus on the features of the new model.

“These SUVs have been designed to fit seamlessly around your life. They’re fun to drive, offer intuitive technology and look great to boot,” she said.

“We’re incredibly proud of the performance capability and smart styling of both cars – not to mention the Escape’s plug-in hybrid (PHEV) option that will make going electric a breeze, and is Ford’s first electrified vehicle in Australia.

“We’re confident that the Puma and Escape are two exciting options for any SUV buyer.” 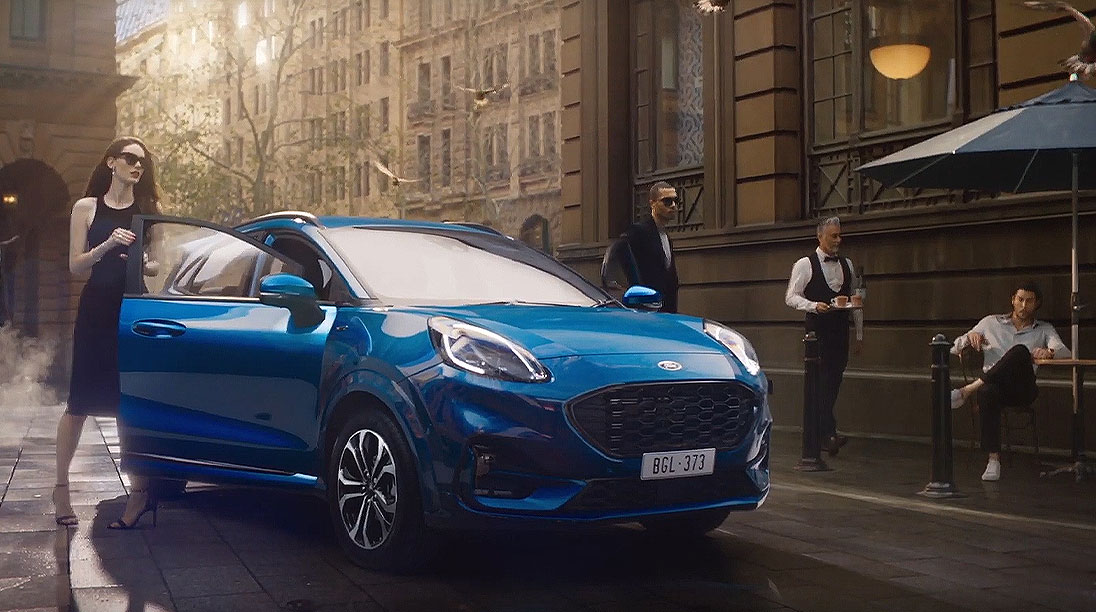