FORD Australia will shift its sales and marketing efforts towards its SUV and commercial vehicle range in 2017, with limited growth expected for the Focus small car and question marks surrounding the introduction of the next-generation Fiesta light car.

Speaking with GoAuto at the national media launch of the Escape in Melbourne late last month, Ford Australia marketing manager Danni Winter said the company is content with the sales performance of the Focus while it investigates whether the small-car segment will continue to decline.

“We’re very focused on growing our SUV (models) where the market is booming, and continuing to grow in the commercial space as well,” Ms Winter said.\ 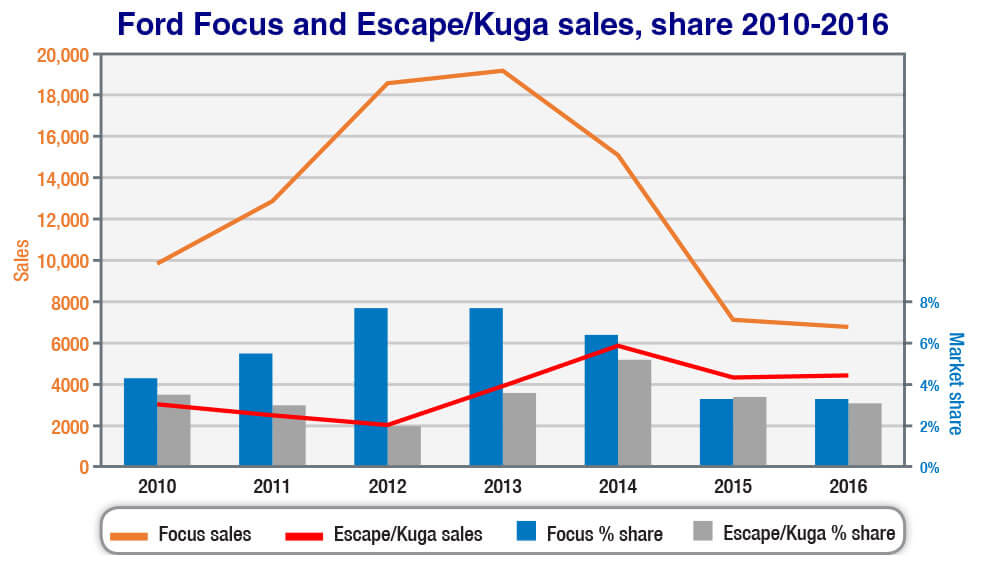 “If we compare the two, we’re performing far more strongly in Focus than Escape,” Ms Winter said. “We have a much larger job to do for Escape to grow. For Focus, we have a very stable volume and a very stable audience, and we’re happy to continue along that path.”

Part of the reason for the shift in marketing focus from small cars to mid-size SUVs, Ms Winter suggested, was due to the expectation that the former could further contract while the latter was tipped to continue to grow. 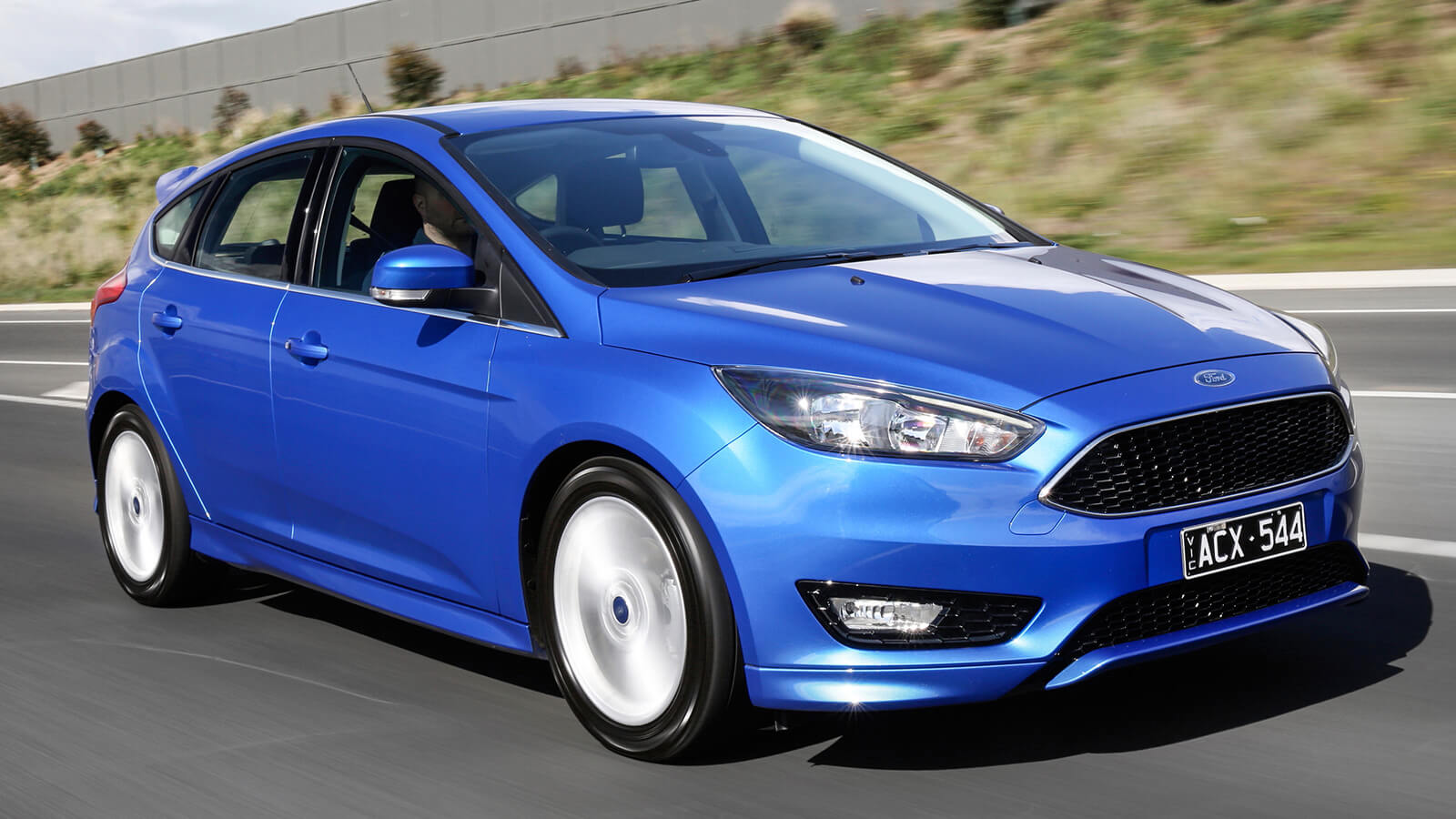 The trend is continuing this year, with small cars down 3.4 per cent to the end of February compared to medium SUVs recording growth of 4.6 per cent, although small cars remains the most popular segment overall in the marketplace at 34,735 sales versus 28,567 for mid-size SUVs in second place.

“Small cars have come down a little historically, but if you look over a 20-year cycle the segments dip then go up,” she said.

“The question on everyone’s mind is that will the small-car trend continue downward or not? We’ve got economists and technical people looking into that, but the future is going to be based on what consumers want.”

Last year, Ford removed the entry Focus Ambiente from its range, leaving the middle-tier Trend model variant are its new baseline model as the company focuses on luring private buyers with extra equipment for only a slightly higher pricetag than rival entry models.

However, the Blue Oval has retained the entry-level Escape Ambiente in the newly revitalised medium SUV line-up, which from $28,490 plus on-road costs offers a starting price $5100 higher than the Focus Trend.

Ford Australia has openly admitted it expects Gen Y and millennial buyers who are starting a family to move up into a medium SUV, while empty-nesters and baby boomers will now downsize to an SUV rather than a small car. 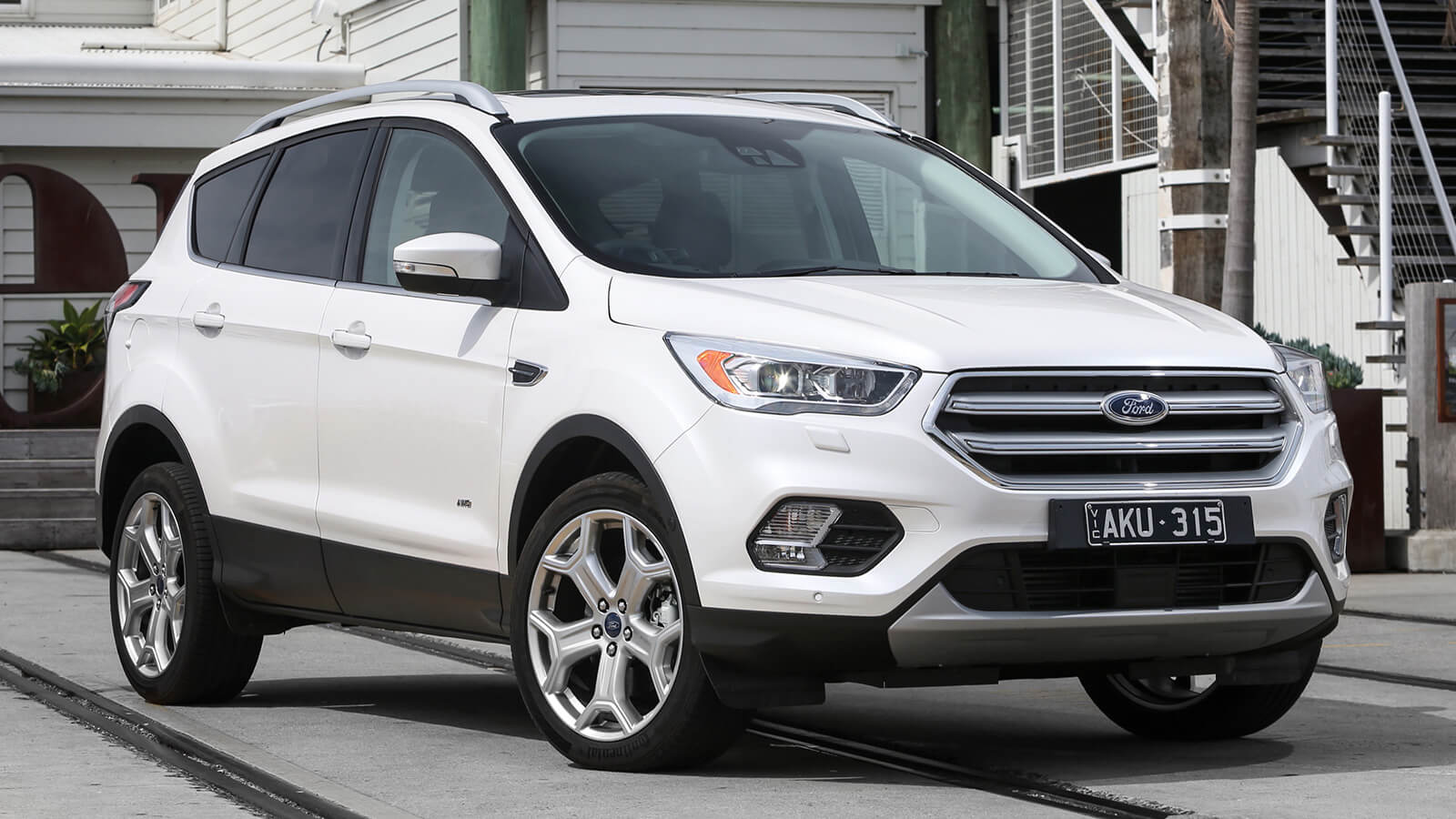 “The significant change we’re seeing in this segment is the baby boomers (downsizing) and the over-35s starting to have families, and needing to grow into this size of vehicle,” Ms Winter suggested.

Ford Australia has confirmed its Edge large SUV will arrive in 2018 – expected to be known as the Equator, due to Toyota owning the rights to the ‘Edge’ nameplate – but it has neither revealed when the new-generation Fiesta will replace the ageing current model locally, or when the facelift for the Indian-built EcoSport small SUV will arrive to complement the Escape in the booming high-riding market.

“We’re yet to release our plans on EcoSport,” Ms Winter said.

“From our perspective, that’s an item that we’ll discuss in the future. It’s a significantly updated model … in a growing segment, so we will definitely invest more than we’ve invested today. But we’re not ready to talk to those plans yet.”

Ford Australia president and CEO Graeme Whickman was similarly non-conclusive about the Fiesta’s future in Australia – despite both tiny Fords having been globally revealed last year.

“What you’ll see in Europe is a European outcome, we’re not really here today to, a. talk about Fiesta and, b. we don’t comment on future products,” he told GoAuto at the national media launch of the Escape.

“Things will play out over time. We see global vehicles come through, we’re a global company, as you would expect. When we’re ready to talk about the Fiesta, we’ll come and chat with you.”

The nine-year-old Fiesta slumped in the light-car class last year, managing 2722 annual sales for a 3.0 per cent segment share. The newer EcoSport fared even worse, however, with 1819 sales for a 1.9 per cent share of the small SUV class.