New EVs, batteries in production by 2025 as Ford unveils its ‘biggest investment ever’

FORD has formed a joint venture with South Korean energy company SK Innovation to spend a massive $US11.4 billion ($A15.75 billion) to build what it calls “the largest, most advanced, most efficient auto production complex in its 118-year history”.

To be sited in Tennessee, the so-called Blue Oval City covers 1457 hectares, will employ 6000 people, will build electric F-Series trucks and make batteries.

In Kentucky, a plant called BlueOvalSK Battery Park will have two battery production facilities and Ford and Lincoln-badged EV production over 607 hectares with employment for 5000 people.

Together, these American-made batteries will power next-generation electric Ford and Lincoln vehicles.

The Tennessee assembly plant is designed to be carbon neutral with zero waste to landfill once fully operational.

The three BlueOvalSK battery plants will enable 129 gigawatt hours a year of US production capacity for Ford. It has also committed $US525 million ($A725 million) to train skilled US technicians to service its EVs.

Ford said the projects are the biggest spend on electric vehicles by any car-maker at one time and said production of the new EVs and advanced lithium-ion batteries will begin in 2025.

Ford president and CEO Jim Farley said: “This is our moment – our biggest investment ever – to help build a better future for America.” 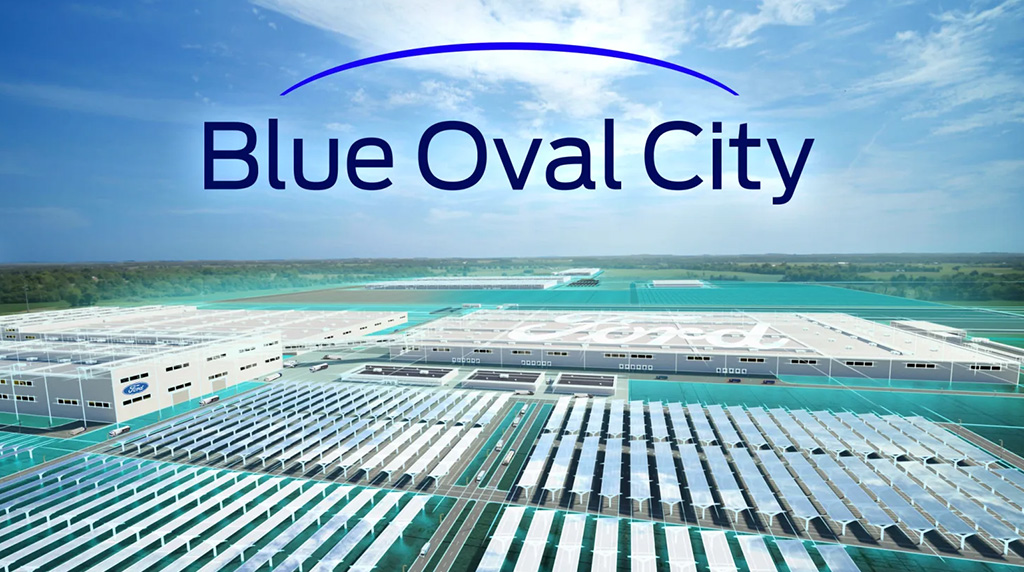 “We are moving now to deliver breakthrough electric vehicles for the many rather than the few.

“It’s about creating good jobs that support American families, an ultra-efficient, carbon-neutral manufacturing system, and a growing business that delivers value for communities, dealers and shareholders.”

Ford executive chair Bill Ford said: “With this investment and a spirit of innovation, we can achieve goals once thought mutually exclusive – protect our planet, build great electric vehicles Americans will love and contribute to our nation’s prosperity.”

The company said it is seeing strong demand for its new Ford F-150 Lightning truck, E-Transit and Mustang Mach-E electric vehicles. It will add more vehicles including production of three new EVs in Canada’s Ontario facility.

This is on top of Ford’s recent announcement to expand production capacity and add jobs at the Ford Rouge Electric Vehicle Center in Dearborn, Michigan.

The company said this investment supports its “longer-term goal to create a sustainable American manufacturing ecosystem, and to accelerate its progress towards achieving carbon neutrality, backed by science-based targets in line with the Paris Climate Agreement”.

Ford expects 40-50 per cent of its global vehicle volume to be fully electric by 2030.

In addition to the new production facilities, Ford has also partnered with Redwood Materials for the supply and recycling of battery components with the aim of recovering more than 95 per cent of essential materials from the batteries at the end of their life, including nickel, copper, cobalt and lithium.