Global sales of electric vehicles leapt by 108 per cent in 2021 over 2020 with soaring demand from buyers and expanding production from China, particularly from the Tesla and Volkswagen brands.

JATO research said the results came mainly from growth in China, although sales of EVs in Europe were up 63.4 per cent in 2021 at 1.22 million, from 746,000 in 2020, said the European Automobile Manufacturers’ Association (ACEA).

This was attributed to EV manufacturers continuing to benefit from a range of government-led incentives. 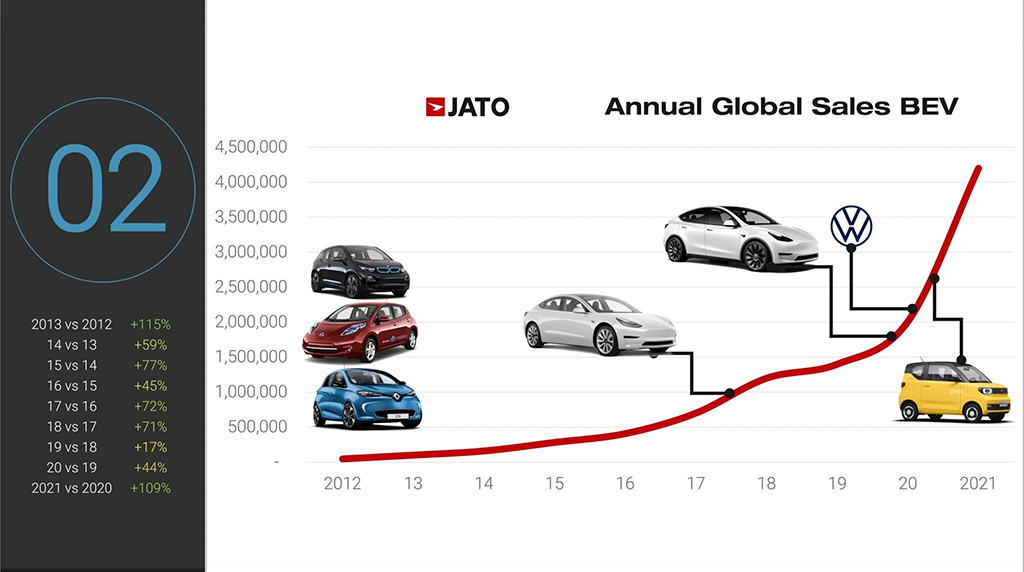 “As a result, the few available semiconductors were largely used in the construction of EVs, making it far easier to buy a brand-new EV than an ICE model,” JATO said.

“Thanks to the enhanced offering, good deals, and better availability, demand for these cars reached record levels in 2021.

“As could be expected, this had a positive impact on average emissions across the continent.”

JATO reported that although Toyota previously led the vehicle electrification list because of its hybrids, Tesla in 2021 has become Europe’s top-selling EV.

Given that it doesn’t make ICEs, Tesla also hit the top of the 25 brand list with the lowest emissions.

“The popularity of the Tesla Model 3 and, more recently, the Model Y, pushed Tesla into the top 25 for the first time,” the JATO researchers said.

“With a record 165,700 units in Europe-17 and 169,200 across the whole region, last year Tesla became Europe’s preferred brand for electric vehicles.

“Overall, it was the 20th most registered brand in 2021 and unsurprisingly, led the ranking of emissions by brand with 0.0 g/km.

“Volkswagen on the other hand, which registered almost the same number of EVs as Tesla, occupied the seventh position in the average emissions ranking – weighed down by the sales of its ICE vehicles.”

JATO reported that Renault took second place with an emissions average of 86.7g/km on the back of the success of the Renault Zoe. Renault sold more EVs than diesel cars, helping to reduce its average emissions.

“However, despite this progress, the majority of Renault vehicles sold were still powered by petrol engines, producing an average of 123.4g/km,” the research said.

“In Hyundai’s case, demand for its zero emissions and plug-in hybrids cars grew by 26 per cent and 246 per cent respectively, accounting for 24 per cent of Hyundai’s total registrations last year.

“Thanks to this increase, the Korean brand is now among the 10 most popular for those in the market for low emission vehicles.” 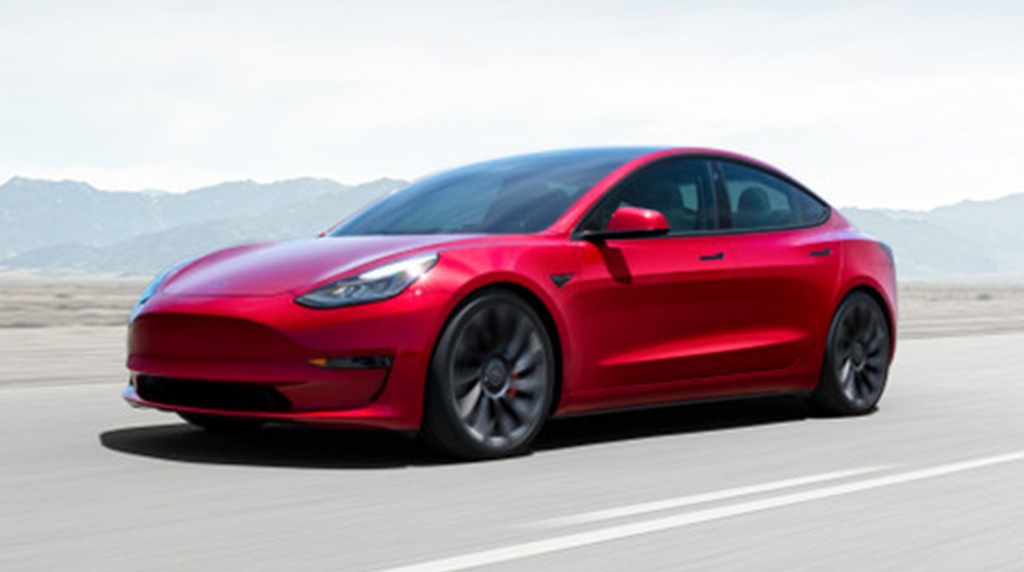