HYUNDAI Motor’s reborn and now standalone luxury brand Genesis has become the star tenant in Sydney’s busy Pitt Street mall after a multi-million-dollar refurbishment to create the world’s latest and only factory-owned and -staffed Genesis studio.

Genesis Motors Australia national retail operations senior manager Glenn Forster said that although based on two similar studios in the capital of its home country, Seoul, the Australian design and execution was unique.

Though a showcase rather than a showroom, the studio offers prospective buyers flexibility to buy in-store or online and, for this reason, has what it claims is Australia’s first full online purchase system that requires no customer presence.

Mr Forster told GoAutoNews Premium that customers can enter all details, receive from Macquarie Bank finance approval, have online selection of the car colour and trim, then allocate delivery via pantech truck to their home or office.

Genesis Motors is operating a fixed “no haggle, no hassle” pricing policy. 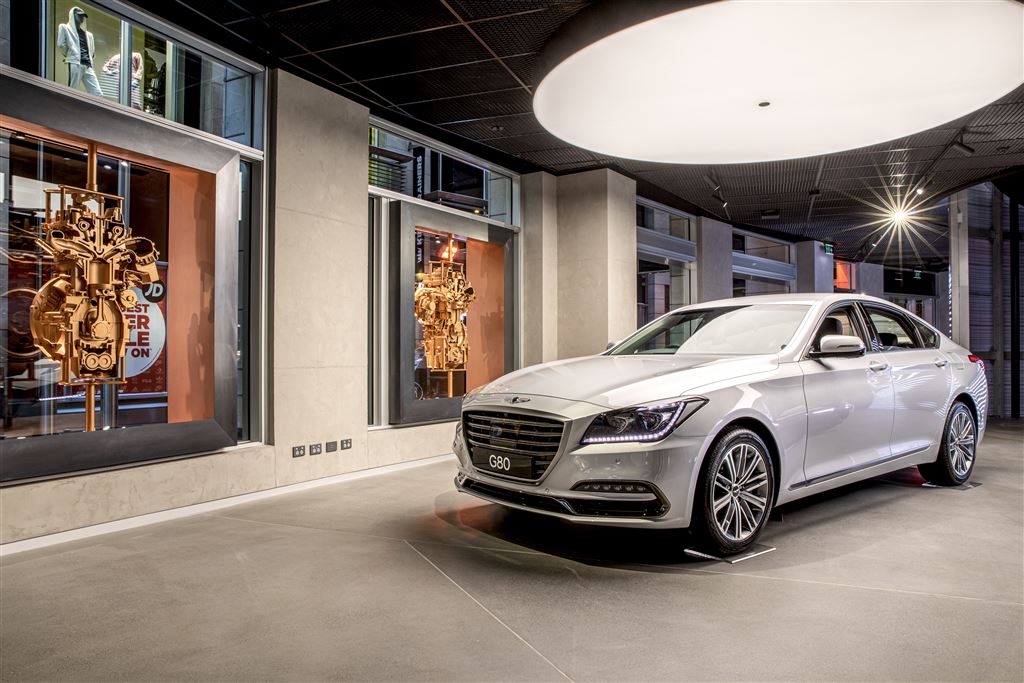 The refreshed approach to buying the car is just one of the standout features of the first Genesis studio. The construction and fit-out of the store is seen as not only being as unique as the buying process but is garnering global attention.

The managing director of Graphite Projects, Joe Fusca, told GoAutoNews Premium that everything in the fit-out of the store “hadn’t been done before”. Graphite was the construction manager for the studio.

“Genesis (Korea) wanted to use certain materials that were not available or suitable in the Australian market,” he said.

“It was a long process to find alternatives and then get these approved and this affected the budget and the timeframe for the fit-out.

“We do a lot of corporate fit-outs and most use generic materials and designs. This one had everything as a bespoke material, product and design. Everything hadn’t been done before.

“For example, what looks like concrete walls showing the formwork is in fact plasterboard that has been hand-finished to make it look like concrete. The job was very special. Everything was a one-off.”

Mr Forster said the two-storey studio was delayed because of getting the right materials, including the striking curved LED screen that wraps around the central spiral staircase.

“We operate on a ‘no haggle, no hassle’ policy so there’s only one price and no customer should feel disadvantaged or be concerned that they didn’t get the best deal.

“The delay in the opening gave us and our staff plenty of time to train for the launch and role play while trialling processes with customers and to get customer feedback.

“We have product gurus who stay with the customer right the way through the purchasing. This way we have eliminated seven of eight people out of the sale process and handed one person to the customer to make the experience easier and more personal.”

Mr Forster said since the opening for customers on June 26, up to 100 people walk through the studio during each weekday and up to 200 on Saturday.

He said that since the opening, about 20 cars have been sold and another 13 are in the process of completing the sale. 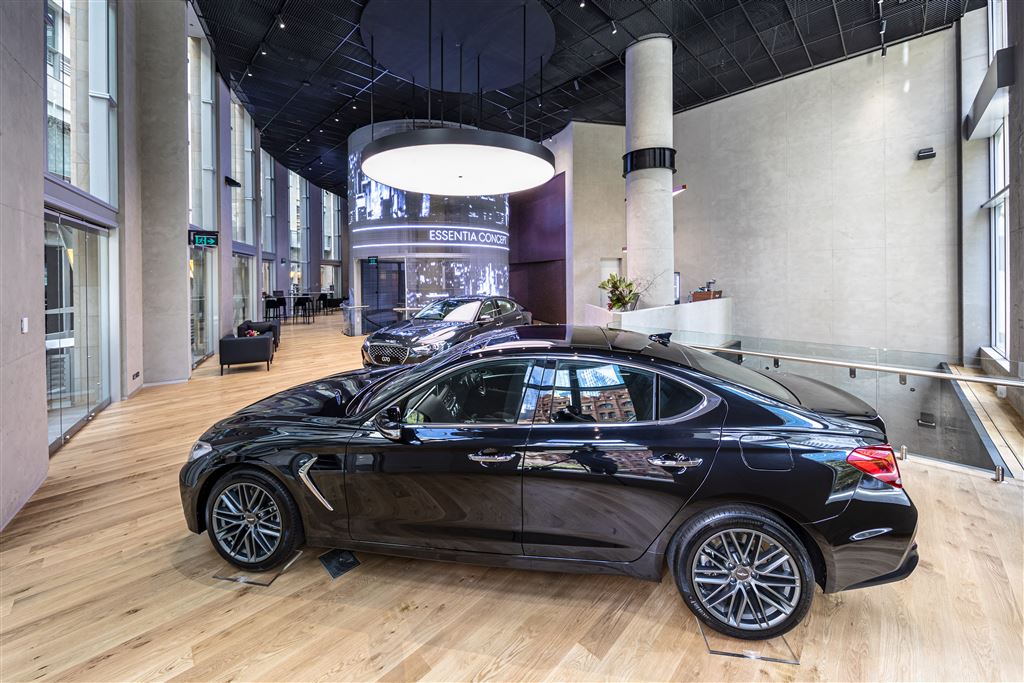 “We’re happy with that considering we’ve only been open a month,” he said.

“This opening coincides with three other ‘firsts’ – the relaunch for Genesis as a new brand, and the launch of the new G70 and G80 models.”

New customers include the NSW Premier’s Office that has bought seven cars, the Governor-General’s office and corporate and private clients including one Hyundai Genesis owner who had passed 380,000km on the clock and has ordered two G80s, Mr Forster said.

He said plans were in place to open in Melbourne with a similar theme to its studio showcase, and then Queensland.

“New South Wales has 37 per cent of the luxury car market sales, followed by Victoria with 36 per cent,” he said.

“Two years ago Victoria had 33 per cent so it’s very important we have a presence there. We are also looking at Queensland – the Sunshine Coast, Gold Coast and Brisbane – that has a 15 per cent share of the national luxury car market. We’ll then follow that with Perth that has six per cent.”

Mr Fusca said the Genesis project was not the most difficult job his company had undertaken “but it was certainly very complex”. 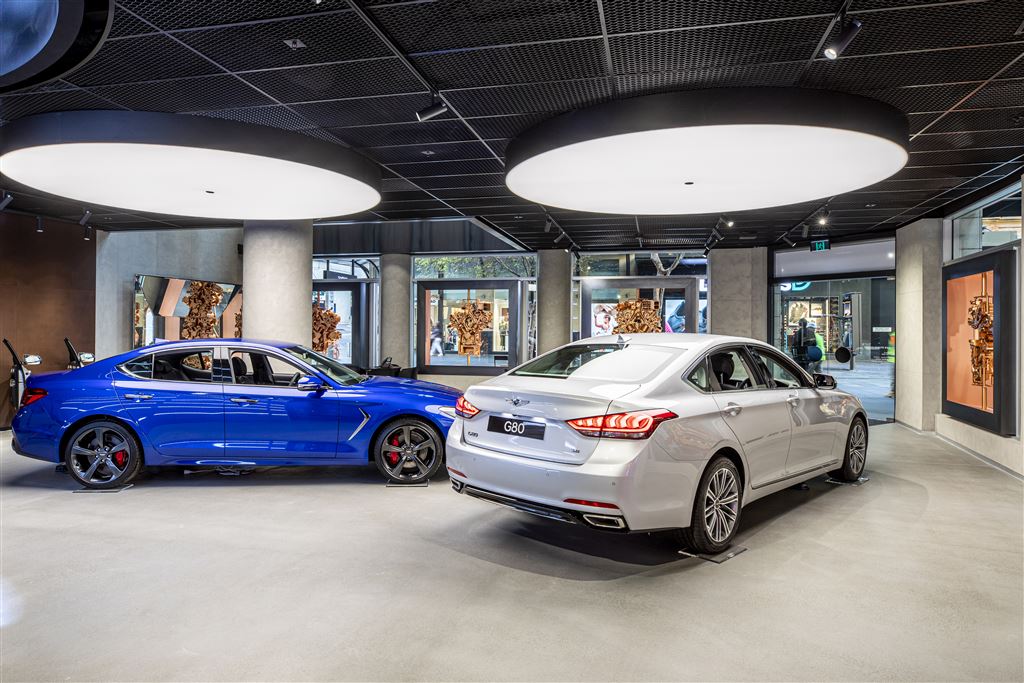 “We had to use materials and make them look like something else and come up with techniques in the construction,” he said.

“Our project manager Dane Lebic had to come up with a crane system to get the cars into the first floor. The original method proposed would have been difficult and horribly expensive to execute, so Dane came up with a sling system that he saw used in Europe. This saved a significant amount of money.

“We had weekly meetings with Genesis and we had local designer company Stanton Dahl Architects that really became the perfect conduit between the builders and the client.

“Because it was a unique project, all the participants bonded. We knew we were there to do a special job and we wanted it to be the best in the Genesis world. The site manager and the project managers lived that job.”

Mr Fusca said the reaction to the finished shop has been “tremendous”.

“We have had contact from around the world with people saying how much they loved the project and the result,” he said.

“The next studio will certainly be a heck of a lot easier now that the design and materials have all been signed off and we have solved the design and logistic issues.” 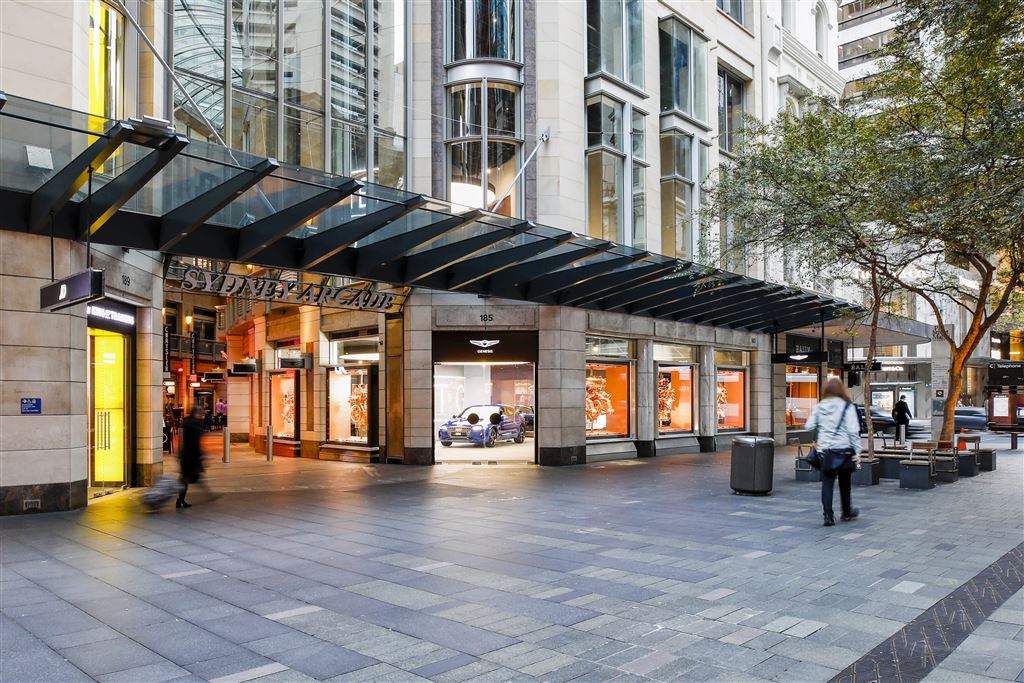