A MOVE by Volkswagen AG to have the $125 penalty made against it in Australia over the diesel engine cheating scandal has been blocked by the High Court which has dismissed the German car maker’s application for special leave to appeal the amount.

In a long-running saga, the Australian Competition and Consumer Commission (ACCC) originally brought a case against Volkswagen in 2016 alleging false representations about compliance with Australia’s diesel emissions standards involving 57,000 vehicles.

In 2019, the ACCC and Volkswgen declared by consent that Volkswagen breached the Australian Consumer Law and the parties settled for a penalty of $75 million. The parties then returned to the court for sign-off with the judge hearing the case, Justice Lindsay Foster.

But Justice Foster said the ACCC has “gone soft” on the German car maker and reserved his decision over penalties. Justice Foster questioned if $75 million plus court costs was an “appropriate penalty” and indicated it should be “multiples of that amount”.

“A significant deterrence is very uppermost in my mind,” Justice Foster said.

Volkswagen’s appeal was dismissed in April 2021. Volkswagen then filed an application for special leave to appeal to the High Court in May 2021.

Volkswagen sought special leave to appeal the penalty to the High Court and proposed if special leave was granted it would seek orders to set aside the $125 million penalty and replace it with a penalty of $75 million, which had been jointly put to the Federal Court in the settlement originally  proposed by Volkswagen and the ACCC.

“This penalty reflects the seriousness of Volkswagen’s conduct and is a massive reminder for all businesses to take their obligations under the Australian Consumer Law seriously, and not mislead in pursuit of profit.”

“Volkswagen misled consumers and regulators about whether the diesel vehicles complied with environmental standards. It deprived consumers who may have deliberately sought to buy a low emissions vehicle, of the ability to make an informed decision,” Mr Sims said.

“What made it particularly egregious in this case is that if Volkswagen had told the truth, these vehicles would not have been legally allowed to be sold in Australia. Their conduct showed complete disregard for Australia’s vehicle import regulations, which are designed to protect consumers.”

The ACCC said that Volkswagen admitted in 2019 that it had made false or misleading representations when importing more than 57,000 diesel vehicles into Australia between 2011 and 2015, and when listing those vehicles on the Australian Government’s Green Vehicle Guide website.

“It failed to disclose that the vehicles were fitted with a ‘two mode’ software, which caused them to operate in one mode for the purposes of nitrogen oxide (NOx) emissions testing and another when being driven. If tested in that second mode, the vehicles would have breached Australian emissions standards.”

The $125 million penalty is the highest ever imposed for breaches of the Australian Consumer Law, and two and a half times more than the next highest penalty.

“This case signals to large companies that penalties for egregious conduct which breaches the Australian Consumer Law can now reach very significant sums, and potentially make a big impact on their bottom line,” Mr Sims said.

The ACCC is saying that even though Volkwagen failed to get the High Court on side, the German car maker got off lightly because the penalties for breach of ACL have increased since the Volkswagen case.

“The maximum penalty at the time of the conduct was $1.1 million per breach,” the ACCC said.

The maximum penalties currently for a breach of the Australian Consumer Law for corporations, are the greater of (per breach):

If the same penalty calculation then applied to Volkswagen AG in Australia was now applied to the case, the penalty might well have been $1.25 billion. 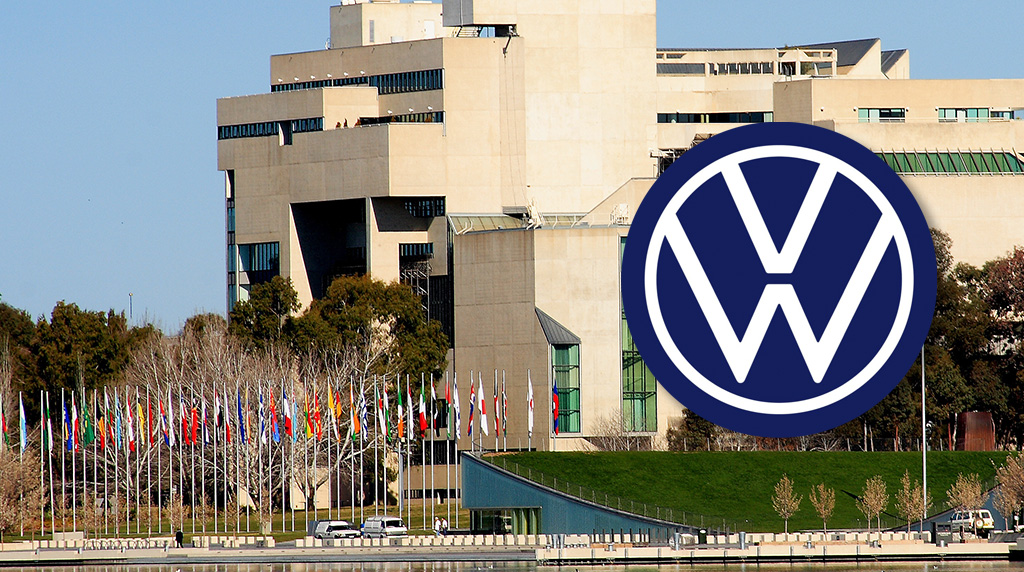