THE last of more than 10 million engines built by GM Holden in Australia rolled off the production line today, bringing down the curtain on eight decades of manufacturing at the iconic Melbourne site at Fishermans Bend where “Australia’ s Own Car” was born.

The move – a year ahead of the closure of Holden’s remaining car manufacturing factory in Elizabeth, South Australia – cost more than 230 jobs, with the final 175 workers getting their payouts this week.

Ironically, the V6 plant that has made engines for Holden’s locally built Commodore and export markets since 2003 was named General Motors International’ s most valuable plant for productivity this year, despite being on death row since 2013 when GM announced it would close its Australian factories.

It is all too late for the plant which will now be gutted of machinery that is being auctioned on the internet (see separate story).

The site has already been sold to the Victorian government under a $135 million deal to acquire more than 37 hectares for a proposed innovation industry precinct – part of the biggest urban renewal project in Australian history.

While the media was excluded from the final line-off ceremony at the plant today, Holden chairman and managing director Mark Bernhard and other executives attended to thank the workers. 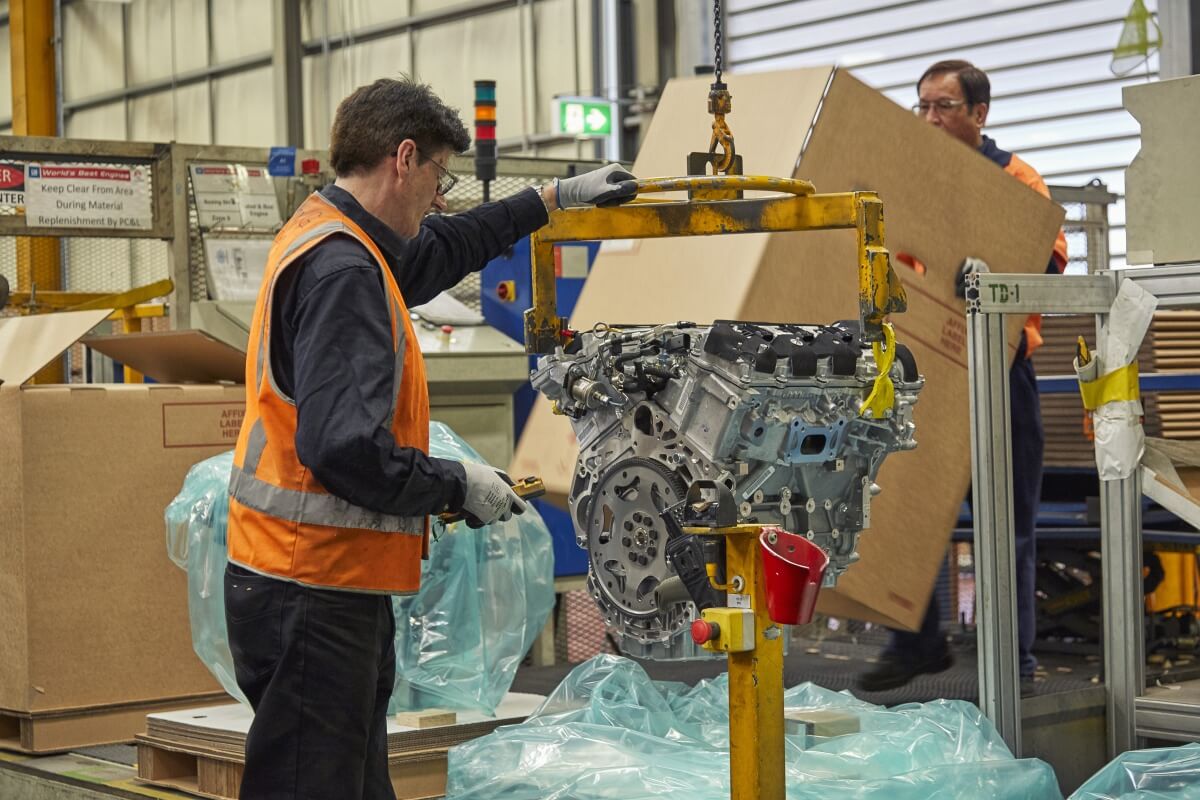 Last one: The last Holden-made V6 is headed for the company’s heritage centre, while workers are headed for redundancy.

Holden also turned on a lunch for the staff and gave them a number of gifts to mark the occasion.

The company stressed that it had offered a range of support programs to its workers, including up to $3000 for re-training under a $15 million contribution to the federal government’s Growth Fund.

It said that of the 57 workers who took early redundancy, 80 per cent had found other jobs, while several others had retired. Some of the remaining workers will stay on to help with the decommissioning process.

In recent months, the plant has been stockpiling engines to cover the final year’s production of Commodore and its derivatives.

By this time next year, Holden will be a full line importer, sourcing its vehicles from Europe, South Korea, Thailand and the United States.

Holden has confirmed that the next Commodore – due in February 2018 – will be based on the Opel Insignia made in Germany.

Holden chairman and managing director Mark Bernhard said Holden was committed to ensuring the brand remained an icon of the Australian motoring industry.

“We are making significant investments to ensure Holden’s long-term future success,” he said. “The best way we can honour our people and their legacy is by building a bright future and that’s exactly what we’re doing.”

Mr Bernhard said that while it was emotional to see the last engine built today, Holden was proud to retain a significant presence in Australia for the long-term.

“This includes more than 300 people in our local design and engineering workforces across our world-class design studios in Port Melbourne and the outstanding Holden proving ground in Lang Lang,” he said.

“This is in addition to the approximately 700 corporate staff and 10,000 people employed across our dealer network.”

Most of the remaining Holden staff, including those in administration, design and engineering, will remain at Fishermans Bend where Holden started manufacturing in 1936. 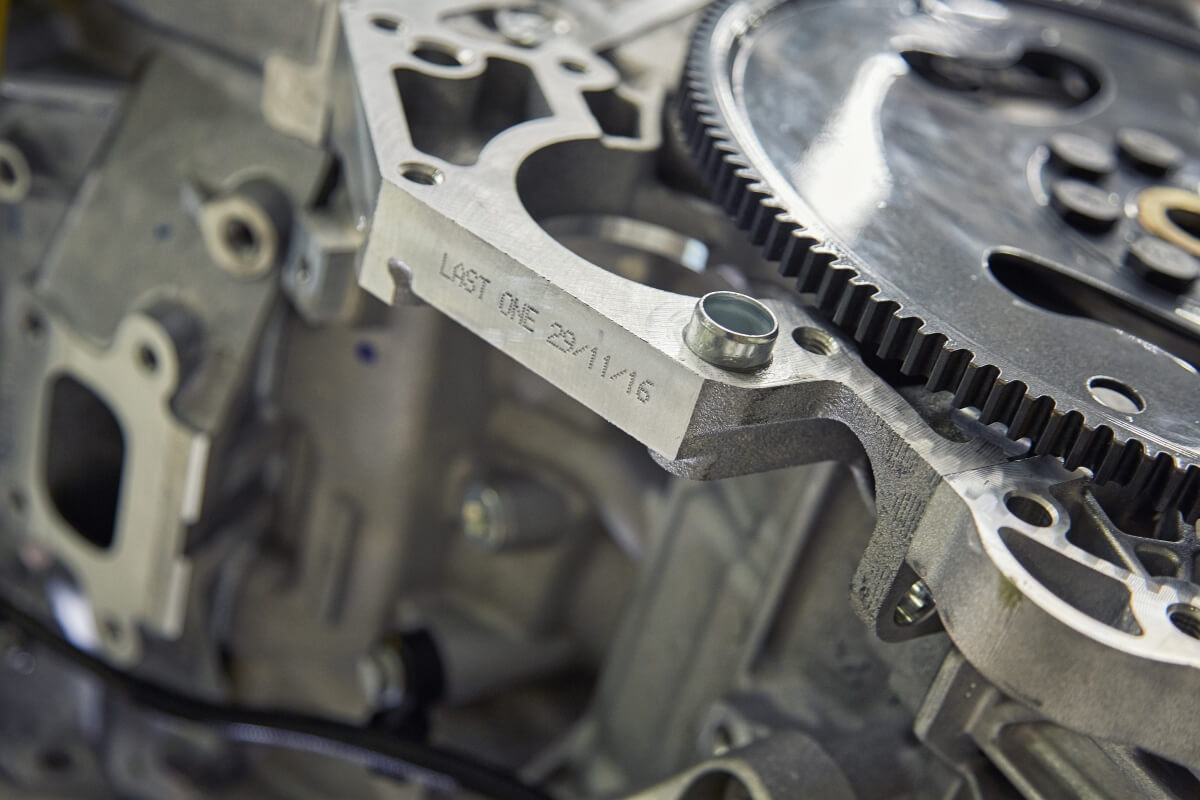 It was here that the first Holden-badged car, the 48-215 (FX), came off the production line in 1948 to signal a bright new future for the Australian automotive industry.

From the 1980s to the 2000s, Holden’s Engine Company churned out millions of four-cylinder Family 2 engines for GM affiliates in export markets, becoming Australia’s biggest exporter of manufactured goods. It bragged that its engines ended up on every continent except Antarctica.

The V6 engine plant opened in 2003 at a cost of $400 million, turning out 32 varieties of High Feature engines for Australia and export.

The final engine to come off the line today will be placed in Holden’s heritage collection, alongside vehicles such as the Hurricane concept car. 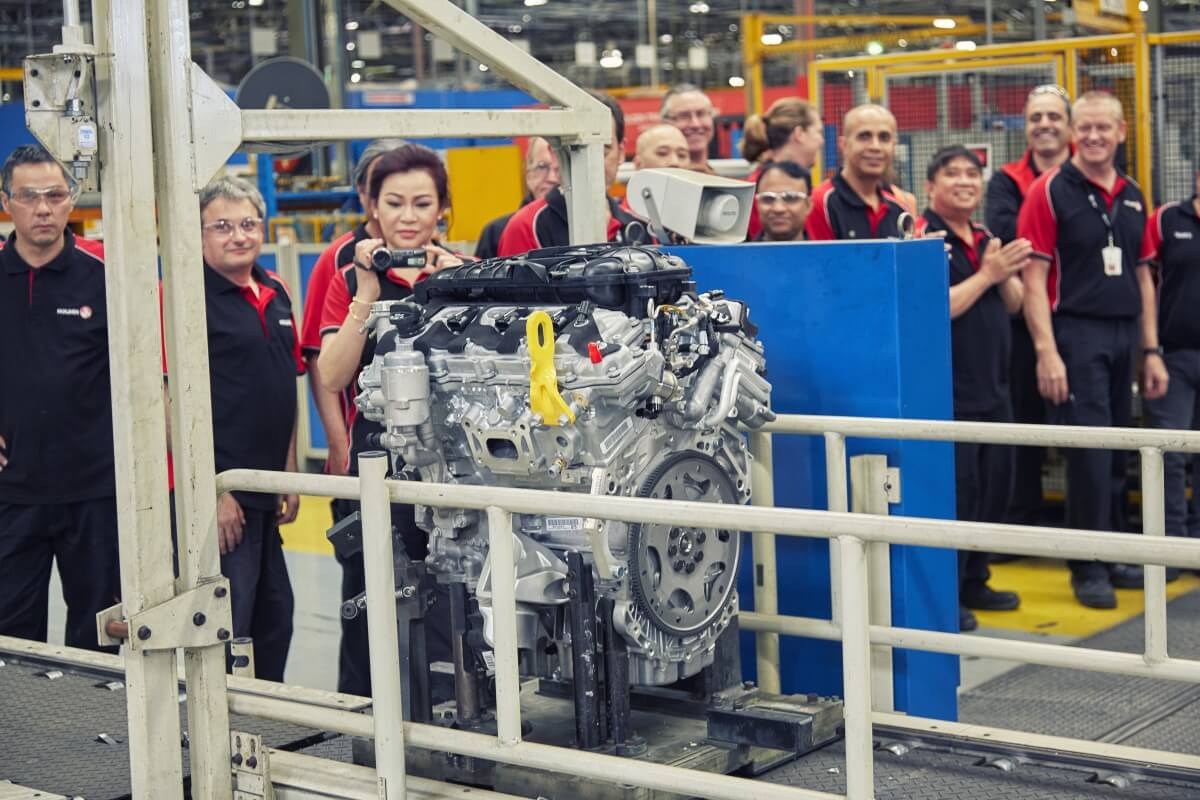