HONDA Australia has been using dealers’ own databases to send SMS and email messages to the customers of those dealers left out of the agency model, telling those customers to move their business away to other remaining Honda dealers.

According to Mark Avis and Ron Klein, the owners of Astoria Brighton in Melbourne’s south, the emails and SMSs using Astoria’s own customer database gave the impression that Astoria had gone out of business and then directed the customer to other dealers.

The emails told the customer that Honda Australia had their service details and would contact them before their next service and direct them to their nearest Honda dealer.

Astoria Honda has sold and delivered around 18,000 Honda cars over the past 10 years and has a current database of more than 34,000 customers. Astoria Honda Brighton was also the largest Honda spare parts dealer in Australia.

The company now operates as Astoria Brighton and has set itself up as an independent Honda service specialist. 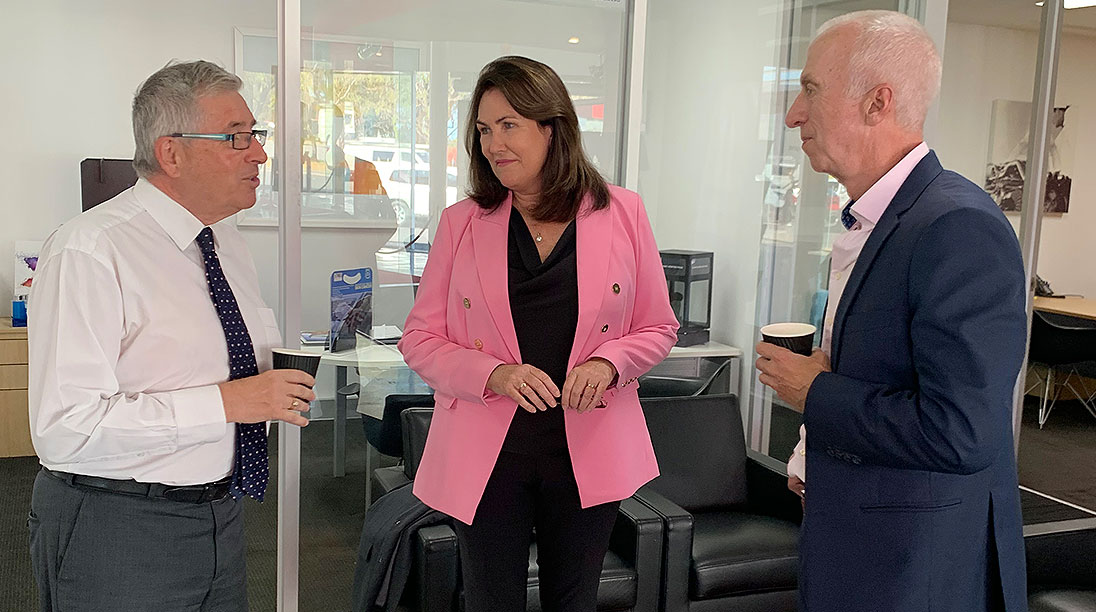 Mr Avis, in a letter to the Senate Committee enquiry into the relationship between OEMs and Australia’s car retailers, which has been passed into evidence, said: “We have 120 loyal staff many of whom may be made redundant with absolutely no compensation offered from AUH (Honda Australia).

“In order to retain our staff, look after our loyal customers and mitigate our losses, we are continuing in business as an Independent Honda Service Specialist.

“Even this reasonable and necessary step has given rise to ongoing correspondence from AUH’s lawyers.

“In particular, AUH have gone to great lengths to inform our customers by two emails and two SMS that we are no longer an authorised Honda Dealer and for our customers to finalise any business with us prior to the termination date of January 29.

“This set our phones ringing off the hook from our customers with total confusion. Many customers were led to believe that we have ceased business.”

What the emails to Astoria’s customers said:

Under the heading: Important changes to Astoria Honda, the emails said: “Astoria Honda is no longer an Authorised Honda Dealer, but no need to worry about any future sales or servicing requirements as we have a number of other Honda Centres in your area and our dealer network will continue to provide the same level of service that you’ve come to expect from Honda.”

It then provided a link to a list to other Honda dealers: Find another Honda Centre near you.

It went on: “We have a record of your vehicle’s details and service history and will contact you prior to your next scheduled service. The trained technicians at all of our Authorised Service Centres will ensure your vehicle is maintained to the highest possible standard to keep your Honda running safely and at its best.

Mr Avis told the Senate Committee: “As you are aware, we are the innocent party. It is AUH in conjunction with Honda Japan who have acted unlawfully and are causing us irreparable harm.”

At a meeting with Senator Deborah O’Neill and Mr Avis and Mr Klein at Astoria Brighton last week, Senator O’Neill told GoAutoNews Premium that the actions of Honda Australia in sending the email were “outrageous” and “extraordinary”.

“It’s an unprecedented attack. The emboldened nature of it. You know, General Motors showed the way. Mercedes Benz were also saying, well, Australia’s a bit ripe for the picking. But now it’s stacks on. It really is. It’s shooting season,” Senator O’Neill said.

Senator O’Neill was discussing her private members bill Franchising Laws Amendment (fairness in franchising) Bill which had passed the Senate with the support of the crossbenches but with the government voting against.

While the bill looked like it was headed for defeat in the House of Representatives it was overtaken by the announcement by the government of new rules for OEMs that damage Australian dealers when the OEMs change plans.

The two main thrusts of Senator O’Neill’s Bill – mandatory arbitration of disputes and $10 million penalties – were included in the new rules announced on Thursday and due to be introduced on July 1.

During the meeting with Senator O’Neill, when asked if Honda Australia had explained why Astoria Honda was not included in the agency model, Mr Klein said that Honda had a list of about 12 requirements for an existing Honda dealer to qualify as an agent under the new scheme but the 12 points had never been revealed to Astoria Honda’s owners.

Honda is also insisting that the Senate Committee hearing into the relationship between OEMs and dealers should keep the 12 points under wraps.

In an earlier interview with Honda Australia director Stephen Collins several weeks ago, when asked why a dealer with a sales record like Astoria would not be included as an agent, Mr Collins said: “We had an extensive criteria for who our future partners would be. And we had a very objective assessment of every dealer within our current network.

“I’m not going to talk about specific dealers and who’s in and who’s out. But based on that criteria that we had developed, which was done consistently for every single dealer, that’s where we chose who we wanted to be our future partners in this area of responsibility model.”

John Mellor: “So effectively, what you’re saying is that some dealers who may have had quite spectacular performance in one particular area, for various reasons in another area didn’t meet the criteria?”

John Mellor: “And would that be potentially possible simply for location?”

Stephen Collins: “No. Location, I think, was a small part of it. So the answer to that is no, not really. It wasn’t a location-driven decision. It was a multitude (of criteria) across the business of which we objectively looked at everybody.”

John Mellor: “Senator O’Neill asked you to provide them (the Senate) with the criteria. Have you sent that off yet? Has that gone to the Senate committee?”