CAR company executives often cite housing market trends as being a key influence on new-vehicle sales, and slowing demand in the automotive sector this year is clearly reflected in the latest national dwelling values and the challenging outlook for the bricks-and-mortar sector.

VFACTS figures for August released last week show new registrations fell for the fifth consecutive month, dropping 1.5 per cent compared to the corresponding month last year to place the industry down 0.3 per cent for the year to date.

The decline is most acutely felt in New South Wales – Australia’s biggest single market where a 4.1 per cent downturn last month now places it 3.7 per cent (or 9805 units) behind where it was at this point last year. 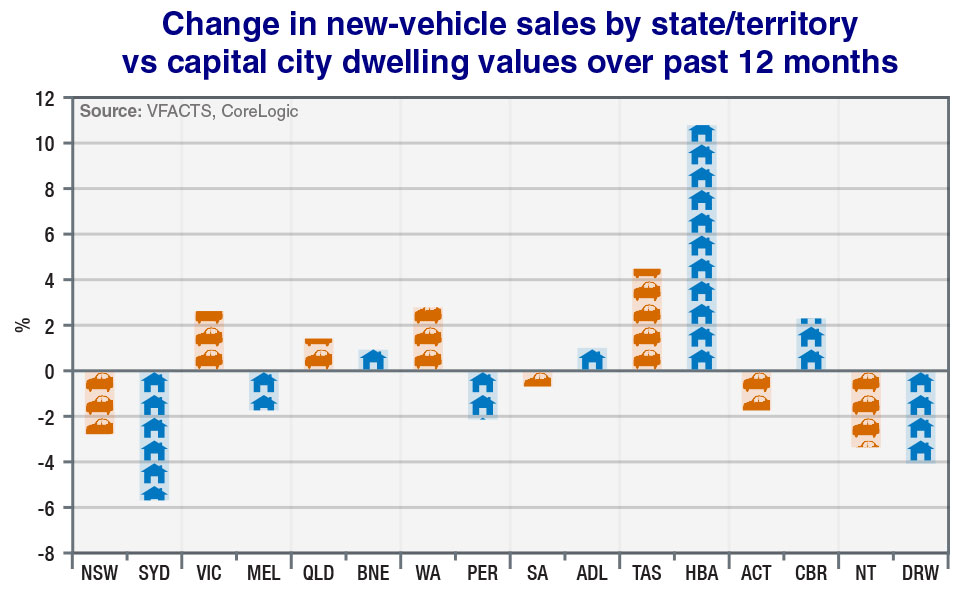 Other states and territories in a negative position this year include South Australia (-1.1% or 539 units), the Northern Territory (-3.7%/286 units) and the Australian Capital Territory (-0.3%/35 units), while the key markets of Victoria, Queensland and Western Australia are managing to keep ahead – for now – by less than two per cent.

These mixed state-by-state performances, and the heavy reliance on the biggest markets, are similarly reflected in the latest housing indicators, showing how pressure on homeowners and prospective buyers – particularly in the major cities – translates more or less directly to slowing demand for new vehicles.

Tighter lending practices and the first moves among the banks to raise interest rates are at play here, while falling housing prices are widely seen as having a negative impact on consumer spending – which is already sluggish. 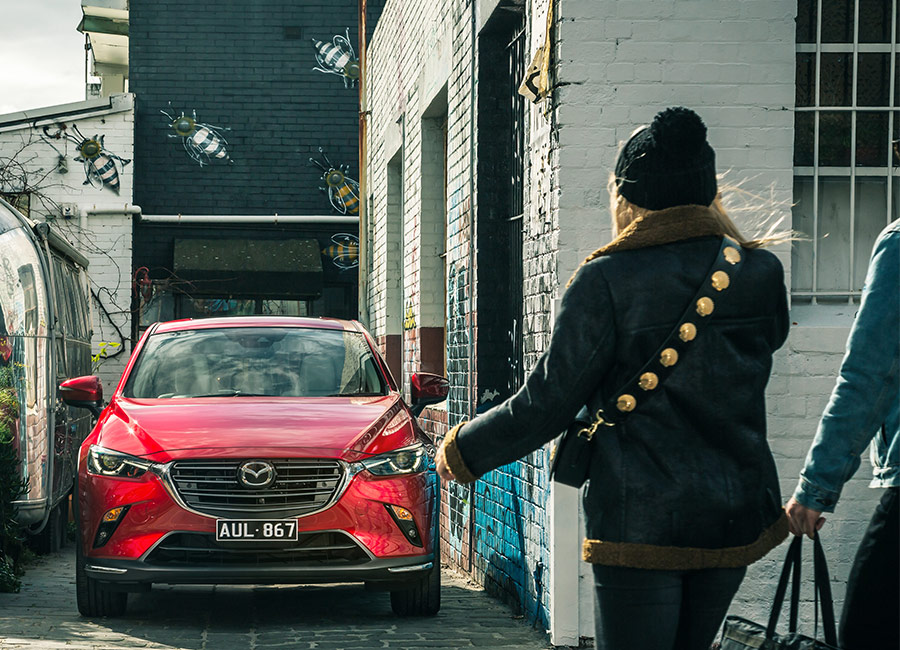 Dwelling on it: National dwelling values were down in August for the 11th consecutive month, suggesting springtime might deliver a further challenge – not only for the housing sector, but automotive too.

Data released last week by property consultant CoreLogic show that Australian house prices fell in August for the 11th month in a row, slipping 0.3 per cent over July that was itself notable for recording the largest monthly downturn in nearly seven years (-0.6% over June).

Reflecting conditions in the auto market, CoreLogic’s ‘national home value index’ shows that the weaker performance of the Sydney and Melbourne housing markets – which comprise about 60 per cent of the national market by value, and 40 per cent by number – is having a significant drag-down effect on the overall industry.

In these two cities, dwelling values were previously rising the fastest but have now fallen 3.5 and 3.3 per cent respectively over the first eight months of the year.

Over the past 12 months, Sydney’s prices have fallen 5.6 per cent and Melbourne’s 1.7 per cent, while Perth is down 2.1 per cent and Darwin 4.0 per cent. Brisbane and Adelaide are up only slightly, +0.9 and +1.0 per cent respectively, while Canberra is up 2.3 per cent and Hobart, in stark contrast to the rest of the nation, has shot up 10.7 per cent.

Again, there are similarities here with the auto trade, where Tasmania is performing strongly as most other markets find the going tough. 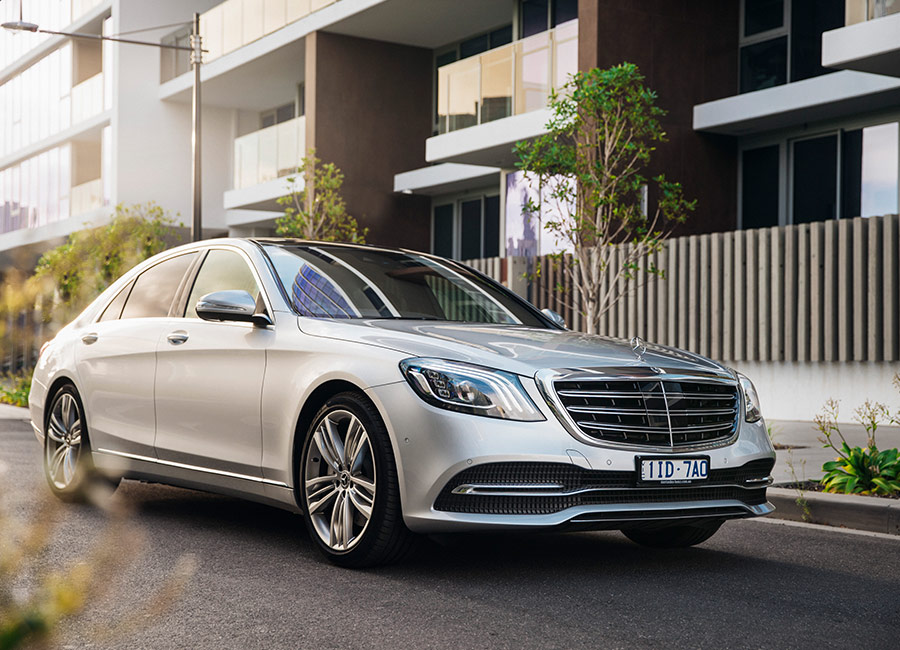 Over the same period, VFACTS registration figures by state/territory point to NSW falling 2.7 per cent, South Australia slipping 0.6 per cent and the NT and ACT sliding 3.3 and 1.7 per cent respectively.

Only Tasmania is performing well above the industry average, up 4.4 per cent over the past year, while Victoria is up 2.6 per cent, WA +2.7 and Queensland +1.4.

Also reflecting the trends in automotive, the overall weakness across the housing industry is, according to CoreLogic, heavily concentrated across the premium sector, where housing prices have fallen 5.4 per cent across the upper quartile of the combined capitals over the past year – most notably in Sydney and Melbourne (-8.1 and 5.2 per cent respectively).

Delivering its outlook for the coming months, CoreLogic points to a number of “wildcards” that could create some headwinds for housing market conditions – and, we might add, new-vehicle sales.

These include higher mortgage rates, credit remaining tight and the looming federal election potentially having a negative impact on buyer confidence – through general political uncertainty and specific changes to taxation policy.

The expectation is that “with so many balls in the air, it’s likely the spring season will be a challenging one for the housing sector” – and it seems to us that the car industry will run along similar lines, despite the Federal Chamber of Automotive Industries seeing “resilience and continued demand in the market”.