How LSH is managing Covid-19

LSH Auto Australia has set a goal that it will come out of the Covid-19 pandemic crisis with the same number of employees as it went in, in an effort to support the welfare of all workers.

This was the undertaking managing director, John Good, made as the Australian arm of the world’s biggest operator of Mercedes-Benz dealerships set about planning a strategy for managing its operations in what it could see was a time of unprecedented disruption to its dealer-based business model.

In a recent interview coinciding with the one-year anniversary of LSH’s lifestyle centre in Brisbane, Mr Good told GoAutoNews Premium: “We came off a positive year last year, we were tracking well at all sites for the first couple of months; in January/February, we got off to a good start.

“Covid really started to have a significant effect in March. It affected everybody, slowed the whole industry down; both automotive as well as other industries.

“From a group perspective, when we sat down as a management team and set a very clear goal – and really my direct goal was – we’re not going to lay anybody off. We needed to get through this as a team so we didn’t take any initial knee-jerk reactions.

“The team sat down and asked: what do we need to focus on? What do we need to do to keep the company moving? It was very much evident that the number one concern was the welfare and the safety of the team,” Mr Good said.

“So we have battled all through this from March until now without any layoffs at all.

“Obviously we’ve had to now stand down the team members in Melbourne – particularly on the sales front while they cannot attend the office. And we are focusing on support where we can for every team member to get through this together. 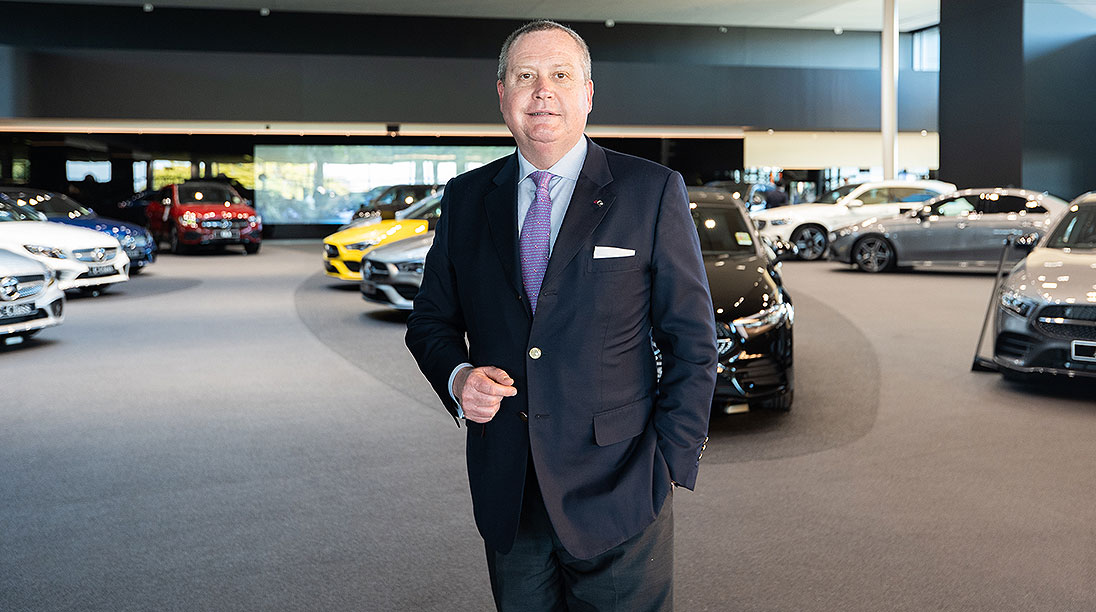 “So that was our message to our employees. We also together needed to look at what sacrifices if we’re going to achieve that goal and we’ve explained those. We had a positive response from the team and they understood what we needed to do together.

Mr Good said that while the operating environment was challenging, the results from the business had been pleasing.

As reported in GoAutoNews Premium last week, Mercedes-Benz of Brisbane has managed to hold sales in the half year to June in a market for passenger cars in Queensland that had fallen by 20 per cent and has increased used-vehicle sales by 30 per cent.

“In fact Queensland hasn’t been subject to a formal lockdown. We’ve been able to still operate in Queensland so we have been selling cars all the way through both on the sales front and on the aftersales front,” Mr Good said.

“So we haven’t had in Queensland such a significant disruption as we’ve had in Melbourne – and that’s probably putting it politely – so we have managed to keep the Brisbane business running in line with expectations. We are also pleased with the results from the Sydney operation.

Mr Good said a lot of effort had been placed into keeping LSH’s Melbourne customer base informed by making non-contact options available to them to keep interacting during the various stages of lockdown.

“Even now, with the harshest stage of lockdown in Victoria, which has unfortunately been further extended, there is still constant communication back and forth and interaction with clients on a remote basis with various offers being presented to them to keep them engaged.

“You can’t just turn off the relationship. It’s the same as the employment relationship that I mentioned. The company is very focused on maintaining that engagement with the customer base,” Mr Good said.