HYDROGEN fuel-cell trucks are 10 months away from launch in Australia as US-based Hyzon Motors begins its export drive of zero-emission heavy-duty vehicles based on existing US and European truck chassis including Western Star and DAF.

Hyzon, the vehicle powertrain arm of Singapore’s fuel-cell manufacturer Horizon Fuel Cell Technologies, said the roll out of trucks and then buses seemed to be contrary to a lack of hydrogen fuel infrastructure in Australia but the company intends to get its foot in the door by starting with back-to-base fuelling.

Horizon’s CEO, Australian Craig Knight, told GoAutoNews Premium that he believed the timing was right for hydrogen fuel-cell vehicles to become visible in Australia and that the zero emission systems were ideal for heavy-duty vehicles operating as back-to-base fleets.

Ideally, the fuel would be sourced from a hydrogen producer at the vehicle fleet operator’s base.

“We see the most attractive use for hydrogen as diesel displacement. Making hydrogen can go to making electricity, for example, but we see the future (of the gas) as a sustainable, predictable fuel for trucking because hydrogen replacing diesel in trucks is very attractive once you have the technology right.”

Mr Knight said hydrogen was now available for less than $A8 a kilogram.

“That’s getting close to vehicle operating parity with diesel,” he said.

“If you can get the price down to between $A5 and $A6 a kilogram – which is where most of the green hydrogen targets in Australia are hoped to be within a few years – then you could run a hydrogen fuel cell truck for less than diesel.”

One kilogram of hydrogen is equivalent to five or six litres of diesel in terms of operational efficiency. This increases in conditions such as stop-start use for city buses. 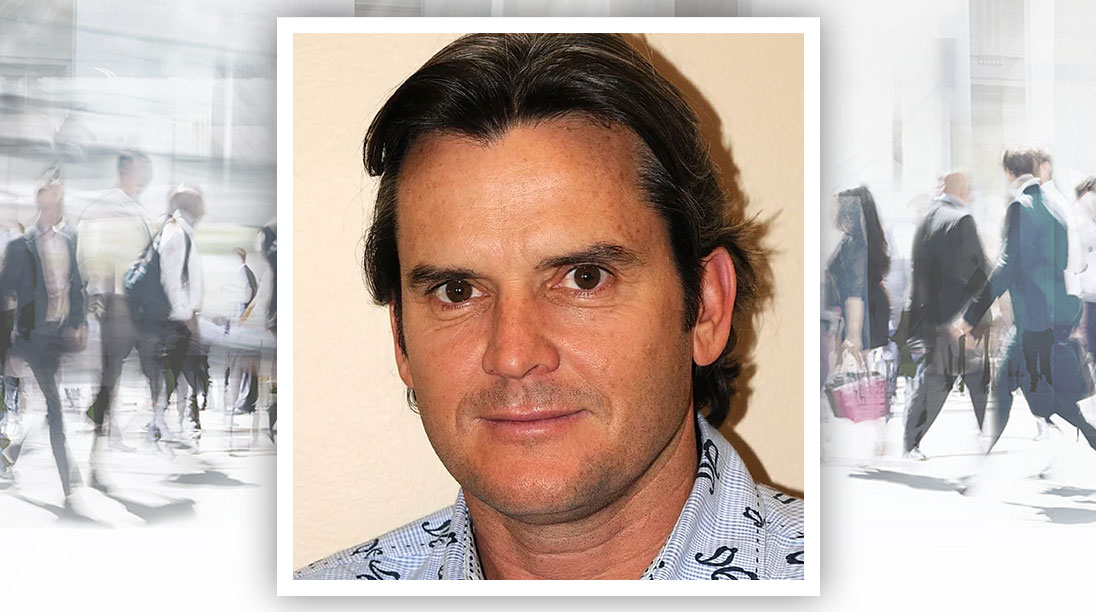 “The fuel price is coming down but there are other factors to take into consideration,” Mr Knight said.

“The purchase price of a hydrogen fuel cell vehicle is higher than a diesel vehicle at the moment, so it takes time for the vehicle to pay the operator back.

“We go for the highest possible use for the hydrogen vehicles, such as a high-mileage operation such as a back-to-base inner-city vehicle.

“We are talking to some state governments but until local investments in infrastructure take more shape we don’t need any support to kick off. We are working with our customers who are also seeking support.

“We want to see people invest and support the hydrogen movement.”

The start for Horizon and its Hyzon brand is to offer trucks into Australia that Mr Knight said had “really good quality and with proven technology.”

“They include DAF rolling stock which has all of the safety and convenience features of the brand and then we retrofit hydrogen-fuelled drivetrains using our fuel cells and plug-in systems and third-party electric motors and batteries,” he said.

“It is not the perfect solution because there are some inefficiencies in this approach but it is a solution that means you get trucks on the road and you validate the technology and hydrogen demand – all in real time without having to wait three years for the perfect solution.”

Mr Knight said Horizon planned to assemble in Australia and has had “encouraging conversations” with Australian companies in trucks and buses.

“We are far enough down the process to have contracts in place to supply trucks and buses into Australia and New Zealand within the next 12 months,” he said.

“These are small fleets that are aimed at big groups as trials and will vindicate the efforts of Horizon to push the technology.

“We’re in the best place to operate as a master integrator of hydrogen heavy-vehicles because the biggest risk is the performance of the fuel cell.

“We have well qualified partners on electric motors and we put together vehicles based on the existing mechanical platforms.

“These are not the ground-up perfect solutions like Nikola is trying to develop three years from now. But they are proven trucks with brand names known to Australia with high safety and comfort technology into which we will retrofit our fuel-cell technologies.”

Mr Knight said Hyzon had planned to import trucks in the last quarter of this year but has been held back by the pandemic, increased demand from Europe and a delay in starting production in the US.

“These trucks are available to order now but they carry a 10-month lead time because we don’t want to overpromise,” he said.

“If we had a new order tomorrow we could ship in the first quarter of next year with ADR-spec DAF which is one that PACCAR brings in as a knock-down kit and can be built locally.

“So we have a view to work with companies such as DAF to bring in the truck kits and our fuel cell units to build the vehicles locally.

“We are not going to say we are ready to do this tomorrow – because we can’t. But we will start by bringing in fully built vehicles.”

Applications for this truck include a concrete agitator, or standard prime mover or as container truck through to rigid trucks in 6×4, 6×2 and 8×4 configurations.

These suit back-to-base duties such as port logistics, refuse collection, inner-city delivery and so on. The DAF range used for these applications has a GVM of 46 tonne and a range of up to 500km.

Bigger DAF models can suit roles such as B-doubles and have a GVM of about 70 tonne. These are expected to be available from late 2021.

Horizon will also introduce 140-tonne GVM bonneted prime movers into Australia from the first quarter of 2022. These are made by Western Star in the US and will be imported as fully built-up vehicles.

Mr Knight said the Hyzon range was planned to be extended with a city bus.

“We are looking at international bus makers as possible partners for local assembly and also looking at the option of fully-built buses coming in from China,” he said.

“We have three or four bus designs for the future but there are already a lot of our buses in use in China. We could ship an ADR-compliant bus from China before the end of the year.

“To the end of 2019, we have 400 hydrogen fuel-cell commercial vehicles operating in China,” Mr Knight said.