WOLLONGONG City Hyundai master technician Lawson Puho has reached what is arguably the highest point in his profession, taking out the gold medal in the 12th Hyundai World Skill Olympics in South Korea.

The two Australians were selected to represent Hyundai Motor Co Australia (HMCA) after finishing at the top of its annual national competition – open to all expert and master technicians, which covers about 240 service staff across the brand’s 175-strong dealer network – held earlier this year.

Mr Jung won the local competition and finished in the top 20 at the world championships, while Mr Puho realised a long-held ambition, having first heard about the chance to represent his country at the highest level within Hyundai when in 2009 he was among the first group of students in the newly formed Hyundai Advanced Apprenticeship Academy.

At graduation in 2011, Mr Puho was crowned Apprentice of the Year for the Korean brand in Australia, and within two years became a master technician while working for Col Crawford Motors in Sydney’s north. 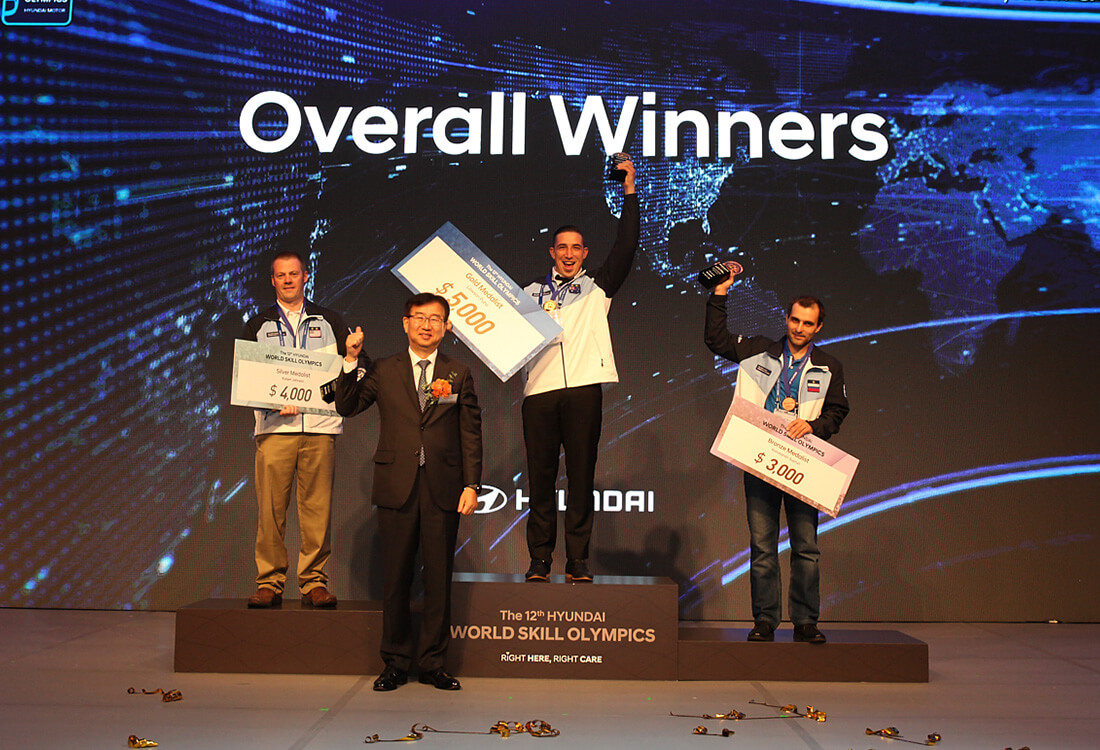 Best of the best: Lawson Puho stands triumphant at the top of the dais after taking the gold medal in the 12th Hyundai World Skill Olympics in South Korea this month.

He took a break for two years working as a ground support equipment mechanic at Sydney airport before returning in 2015, joining the Wollongong dealership and setting his sights on winning the World Skill Olympics.

“It was a huge thrill, a huge rush of emotion, and, like I said, a great achievement to stand on top of that podium.

“The drive (to succeed) started that first year that they told me about it back in 2009, when I found out about the competition. I was always driven to win nationals and to get flown over to Korea and have a chance to compete.

“It’s always been a goal to represent Australia for Hyundai, and compete and test my skills, and see how good I really am.”

Taking top spot on the dais next to technicians from the United States and Russia in second and third place respectively, Mr Puho said the competition was tough and that “stepping up on that world stage really threw me” to the point where in the first day’s challenge involving a practical powertrain evaluation he found himself behind.

“I was in a room with six other cars and everyone else had their car running, and at that moment the pressure of the whole thing got to me,” he said. “I took a deep breath and really got into the zone. I just went back to basics, got my head back on track and away I went.” 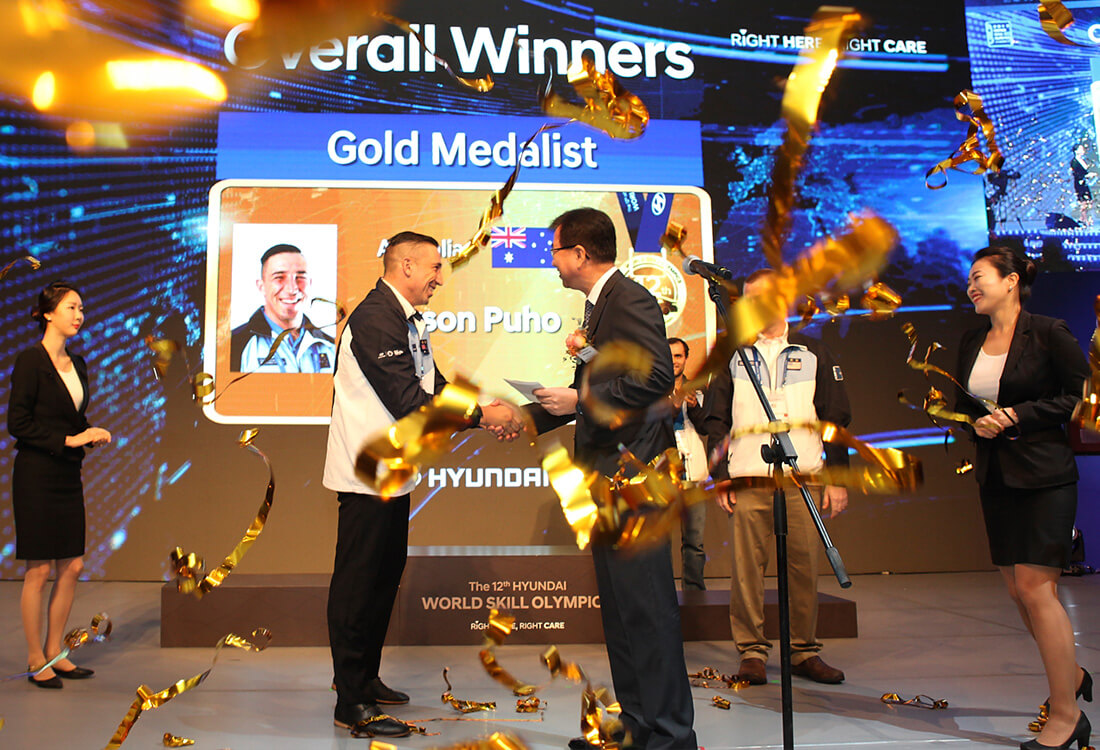 The biennial competition this year comprised practical evaluations of engines, electric devices and chassis, as well as a written test.

“All my training, through the apprenticeship program, through my technical training and also the preparation for the competition – with the national competition – that skillset definitely came into play when I was competing on the international stage,” Mr Puho said.

HMCA technical trainer Rick Parker, who was Mr Puho’s primary trainer during his apprenticeship, said the young man was always extremely confident, a keen learner, committed to training and determined to succeed.

“When he started, you know, as they all are – bright-eyed, young kid – he was very, very keen out of the whole group, he was extremely passionate about the industry, always wanted to learn, always asking questions, always wanting to know more than what I had originally taught him,” Mr Parker told GoAuto.

“Extremely inquisitive, he was that type of character. He’d go out into the workshop and be well ahead of all the others, in terms of when we ran a lesson, others would be trying to keep up where he’d be miles ahead and he progressed extremely well to the point where at times I actually had to give him a role as a ‘coach’ within the team, to oversee all the other students.”

Mr Parker said he was “not surprised at all” that Mr Puho had gone on to win the global competition.

“He was striving for it from day one,” he said. 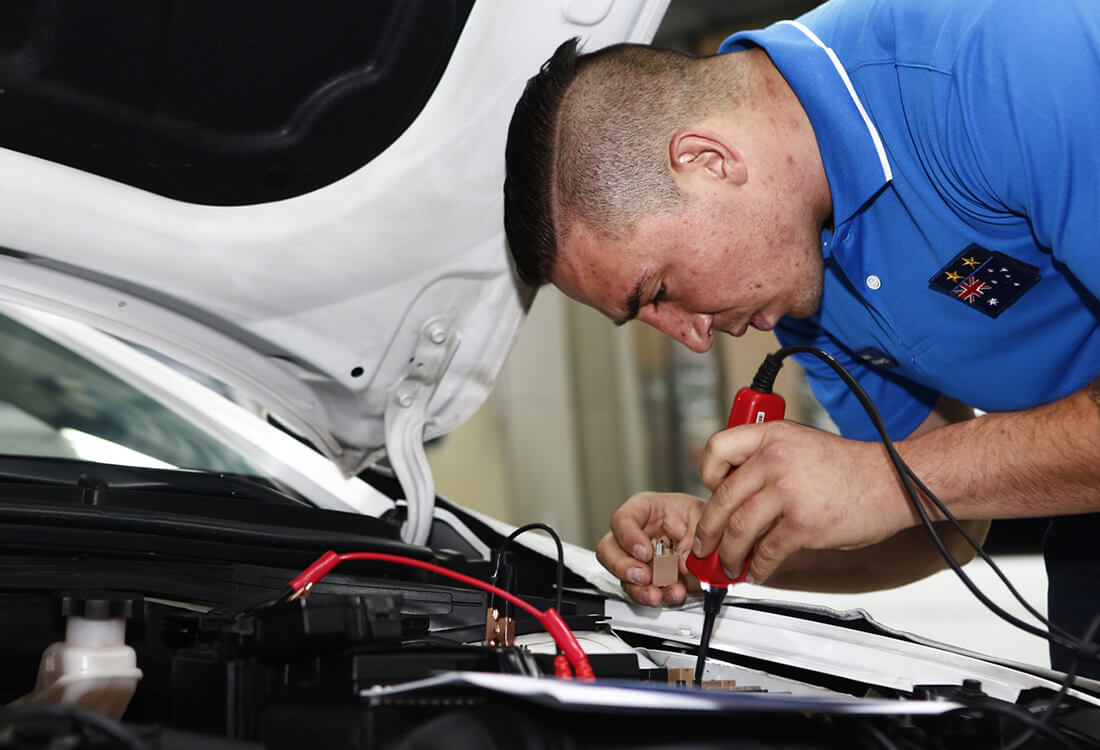 HMCA technical training manager Peter Quinn, who accompanied the two technicians to Korea, told GoAuto that a revised format over three days this year meant the competition conditions were more difficult but that the Australian representatives were well prepared.

“It shows that our training and apprentice program is working,” he said.

“Every year we are adapting our training to make sure we are ahead of the competition, so in a technical sense I think we are right on top of our game – and with the new technology.”

Mr Quinn also said that he put the two competitors through a full day of “mindset training” ahead of the event to give them a mental edge, particularly against the top-performing nations in technical training such as the US, Russia, China, Malaysia and Taiwan.

“To me, that’s the edge over the other countries,” he said. “When we’re going in the competition, we’ve got a clear head – we’ve got the pressure, but we can hold the pressure, we actually understand how we can work through it. 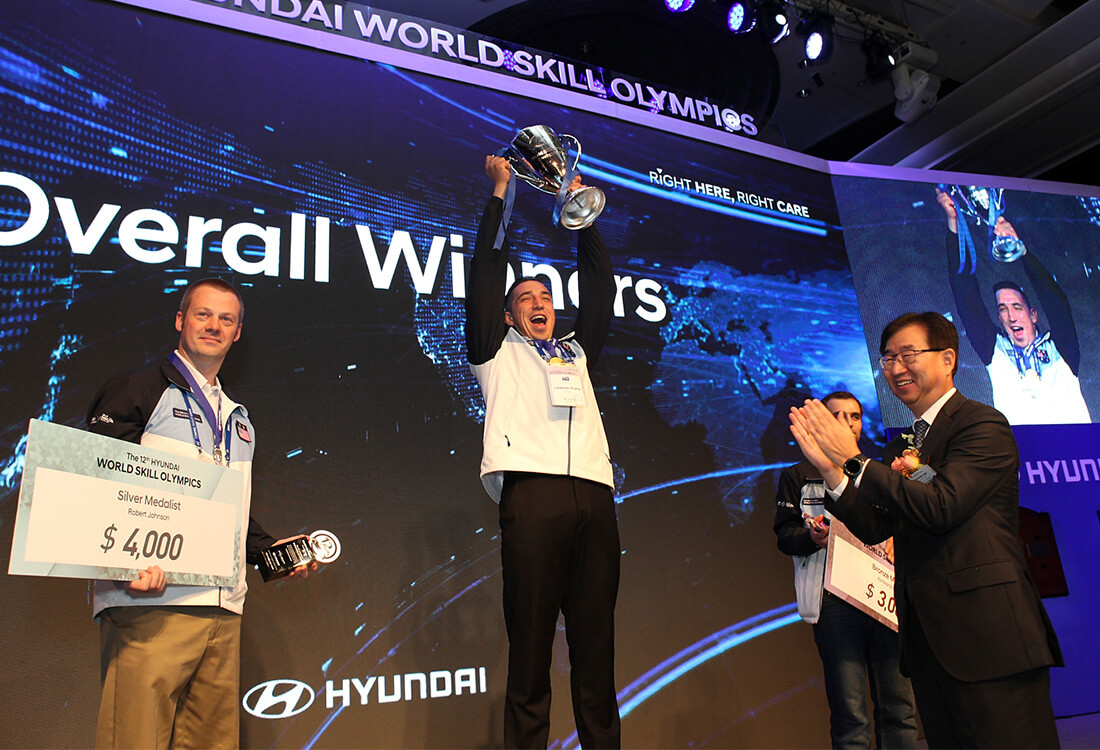 According to Mr Quinn, the competition acts as an important motivator and personal reward for Hyundai’s top technicians who typically do not receive the same level of recognition as other dealership staff.

“It’s something a technician can strive for – to become the top of their game – because they don’t have the incentives like a service manager or a dealer principal or a sales manager. This is their way to shine and show how good they are.”

Mr Puho is the third Australian to achieve the feat, following in the footstep of two highly skilled West Australian technicians from Skippers Hyundai (now John Hughes Hyundai) in Perth – Paul Haddelton, who won the inaugural World Skill Olympics in 1995, and Murray Hynes who maintained Australia’s early dominance of the event by winning gold in its second running in 1997.

Stepping onto the podium (and receiving a $US5000 winner’s cheque) means Mr Puho is no longer eligible to compete in the event in future, but he is hopeful his efforts will inspire other technicians to follow in his footsteps. 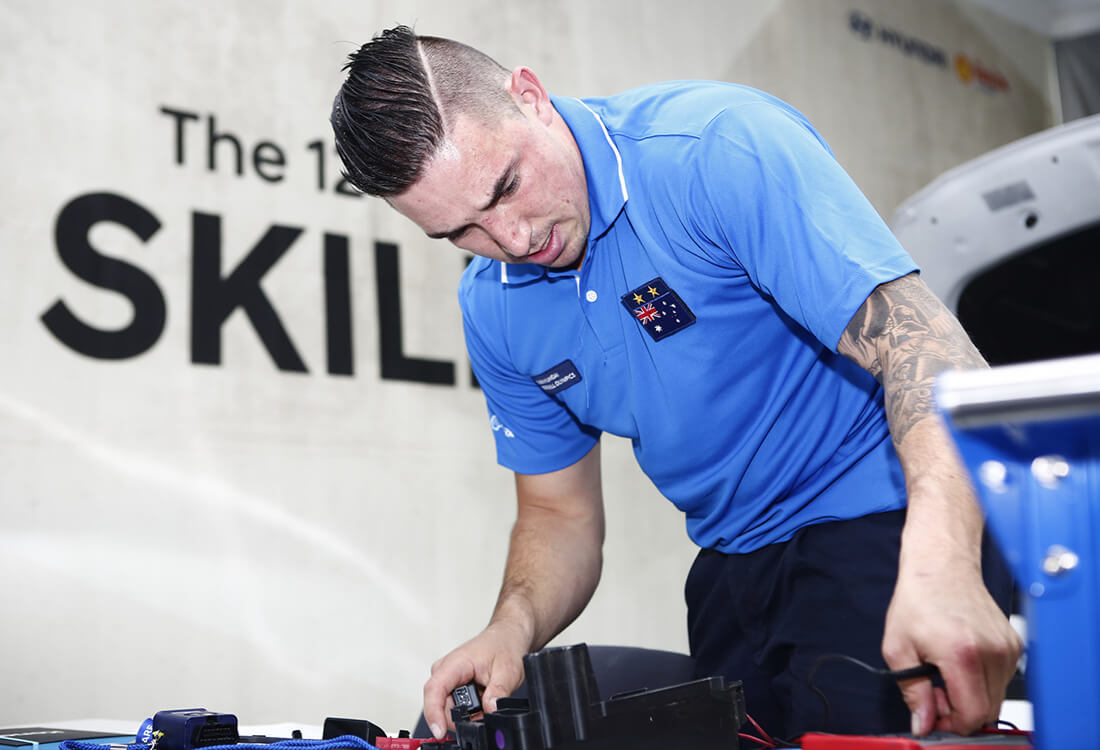