HYUNDAI’S small car duo, the i30 hatch and Elantra sedan, last year accounted for one in five buyers in the small-car segment – Australia’s biggest – after steadily building a large and loyal band of owners over the past decade.

While Toyota’s Corolla hatch and sedan scored the headlines as the top-selling small car with 40,330 sales in 2016, the Hyundai pair flew somewhat under the radar because Hyundai small-car sales were, as usual, split in two – 37,772 for i30 and 4819 for Elantra – according to the official VFACTS sales system.

But if you consider that the two models are essentially hatch and sedan variants of the same vehicle, the twins generated 42,591 sales between them in 2016, outselling not only the Corolla but also the vehicle that was crowned with much fanfare as Australia’s best seller, the Toyota HiLux (42,104 units).

Market Insight – Hyundai i30 and Elantra sales – Click to enlarge

The achievement is all the more laudable when you consider where Hyundai came from a couple of decades ago when the South Korean company was the virtual laughing stock of the industry.

Cheap, brittle and sluggish cars such as the unloved Excel did the brand no favours, dragging the South Korean brand down the annual customer satisfaction survey ratings and creating a breed of motorists who adopted the mantra “never again a Hyundai”.

But a lot of hard work and good management have paid dividends. Last year, Hyundai came third in the inaugural JD Power Sales Satisfaction Index for Australia, behind Mazda and Honda, not only placing it above average but also above Toyota – long one of the benchmark brands in such ratings.

Success in such surveys counters claims by rivals that Hyundai is simply buying volume and share with its specials, such as the regular $19,990 driveaway i30. 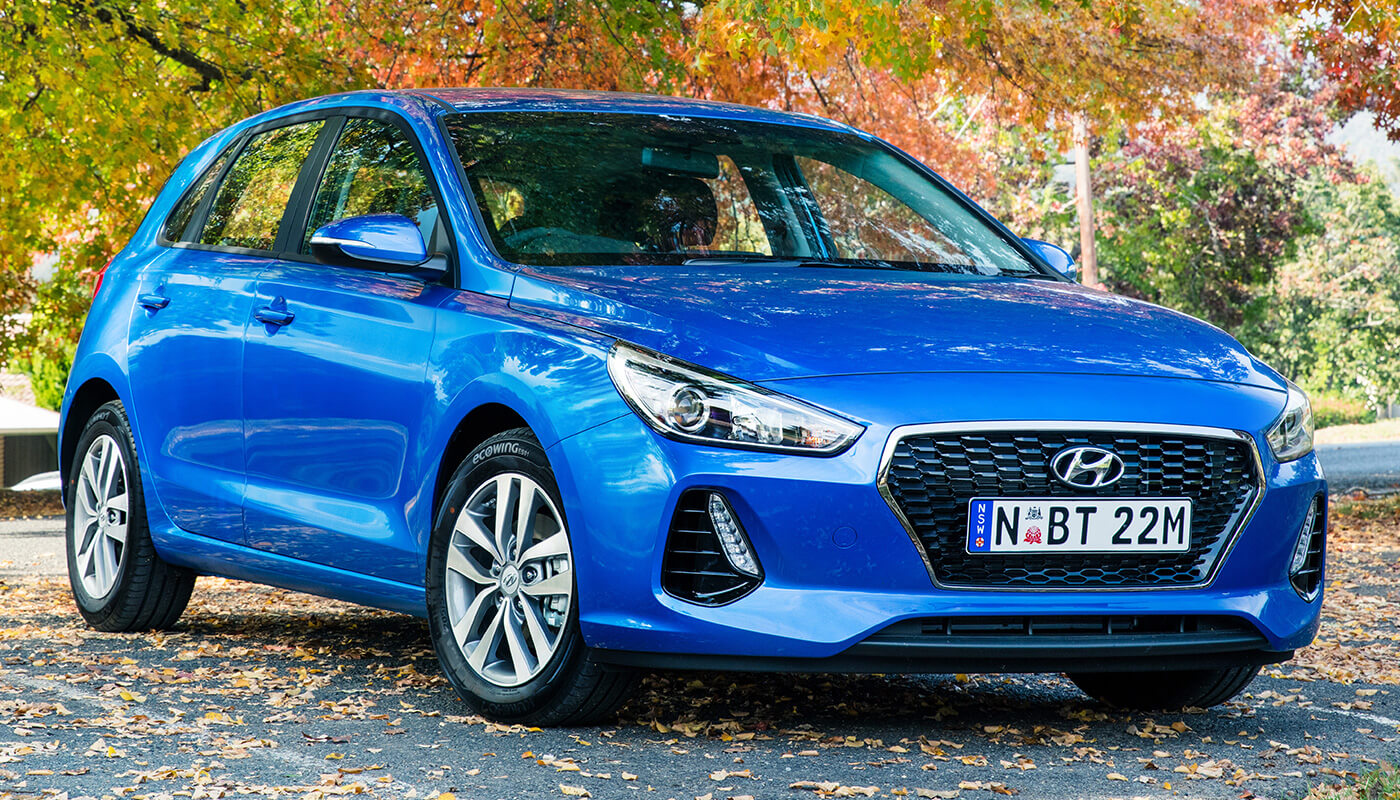 Excelling: Hyundai’s new i30 is another nail on the coffin for the South Korean company’s one-time inferior image.

Customers appear to be drawn to showrooms by the pricing, but now come back for more because of product satisfaction, frequently choosing higher-specification variants with leather and sunroofs – items normally associated with quality brands.

With new models such as the Tucson and Santa Fe helping to push the Hyundai brand upmarket, more in line with Japanese marques, Hyundai has effectively put its past behind it, moving past old-time market leaders such as Holden and Ford in sales volume and customer satisfaction to create what appears to be a solid launching pad for market ascendancy.

This month, Hyundai took another step with the local launch of the all-new third-generation i30 that, along with the latest Elantra that slipped into showrooms a year ago, will – Hyundai hopes – take the brand to a new level. 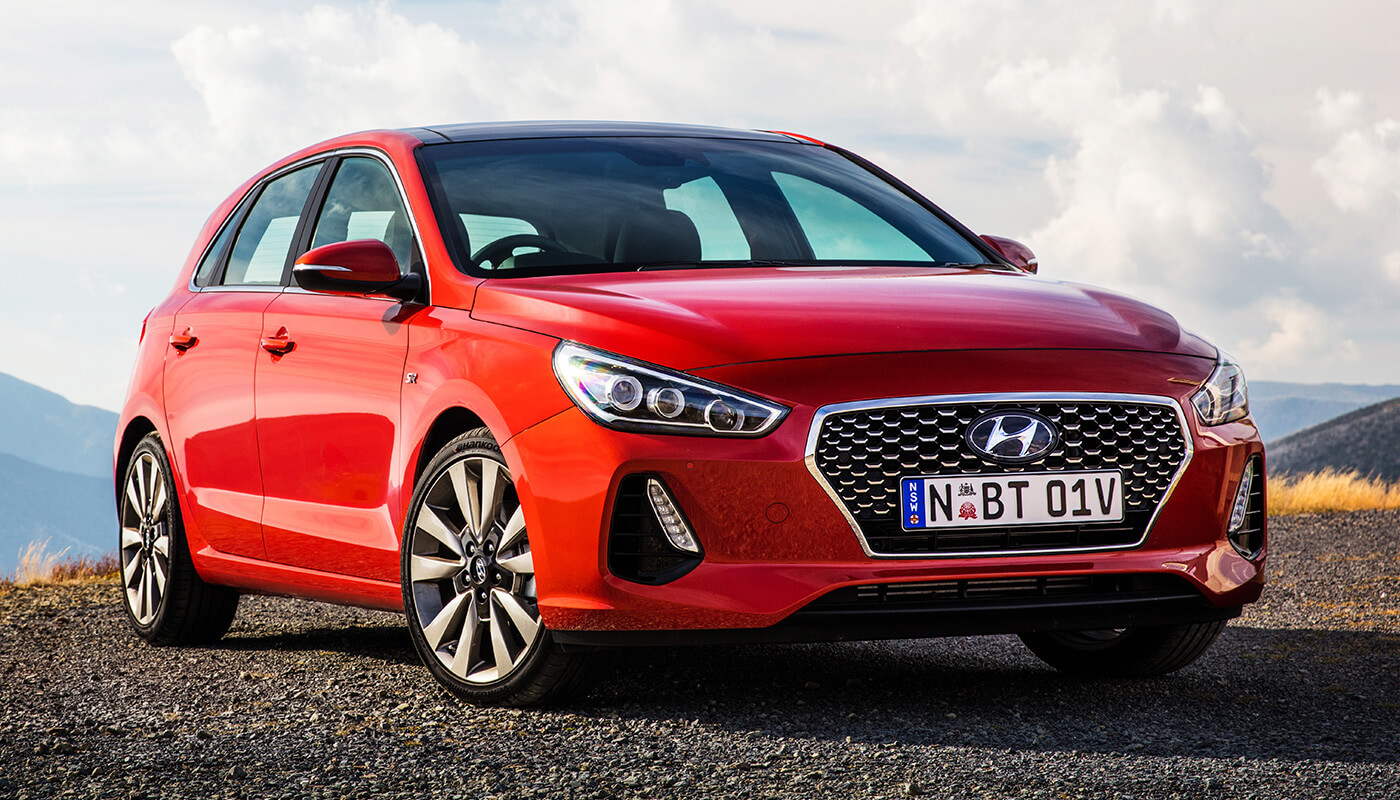 Rather than make sales domination claims, however, Hyundai Motor Co Australia’s chief operating officer Scott Grant – a former Toyota executive – played down the chase for volume, suggesting that with the new i30, the hope is to sell more high-end variants, above $25,000.

As for the chances of i30 becoming Australia’s best-selling car, he says that as a hatchback alone, i30 cannot take the sales crown this year and that the goal for 2017 is to simply not go backwards.

To achieve last year’s volume, however, i30 sales are going to need to play catch-up, as a shortage of stock in the run-out stages of the model changeover in the first few months of 2017 has put the i30 33.8 per cent behind last year’s running rate.

Hyundai dealers appear to have coaxed more customers into Elantra during the i30 drought, with Elantra sales up a whopping 93 per cent in April, to 452 units.

Now that i30 stocks have started to flow, normal business should be resumed, with i30 outselling Elantra by a factor of about four to one in line with Australia’s love affair with hatchbacks over sedans.

The i30 sales bump should propel Hyundai’s small-car market segment share from the current 16.4 per cent – its worst in four years – to somewhere near last year’s record 20.6 per cent by year’s end.

The i30 cause no doubt will be helped by hoopla surrounding the arrival of a new halo variant, the punchy 204kW i30 N hot hatch, late in 2017 or early 2018 – a development that will do no harm to perceptions that the Hyundai is finally a true competitor for long-time small hatch guns such as Toyota, Volkswagen and Mazda.

Market Insight – Hyundai i30 and Elantra sales – Click to enlarge