By Terry Martin on 2nd October 2017 Personnel Articles ANCAP, Board Of Directors, Cornish 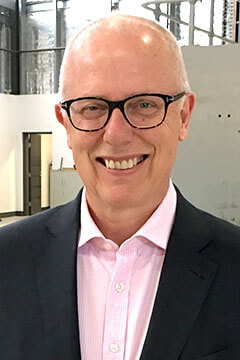 Great addition: Andy Cornish has spent many years at the top level of the insurance industry in Australia and abroad, and is expected to bring a “strong commercial perspective” to ANCAP.

THE Australasian New Car Assessment Program (ANCAP) has appointed leading insurance industry veteran Andy Cornish to its board of directors.

He is also a former managing director of RBS Group, NIG Insurance and Direct Line Insurance International and, among other positions in Australia and overseas, served as chief executive of Green Flag Group Limited – the UK’s third-largest motor breakdown organisation.

In announcing Mr Cornish’s appointment to the board, ANCAP chair Wendy Machin said he would bring to the table “a strong commercial perspective which will enhance the relevance and applicability of ANCAP’s work”.

“With his extensive experience across the insurance and automotive assistance sectors both in Australia and abroad, Andy is well positioned to assist with the governance and oversight of our organisation,” Ms Machin said.

“I am certain Andy will play an important role in leading Australasia’s independent vehicle safety authority into its next phase.”

Mr Cornish kickstarted his term as an independent director by attending an ANCAP crash test in Sydney last month.

He commented that the test he witnessed “highlights the vital role ANCAP plays in effecting change in vehicle safety through industry encouragement and consumer advocacy”.

As GoAuto has reported, veteran Australian road safety advocate and former ANCAP chairman Lauchlan McIntosh retired from the ANCAP board at the end of last year after more than 20 years of service.

He has, however, remained on Global NCAP’s board of trustees and earlier this month succeeded Max Mosley as chairman of the peak body representing the world’s independent NCAP crash-test authorities, including ANCAP.