An unnamed small SUV – codenamed SP2 – has already been confirmed for an Australian debut in the last quarter of this year, giving Kia its first entry into one of the industry’s boom segments.

As well, the Australian branch of the South Korean company has its collective fingers crossed that it will get back into the light-commercial vehicle game by 2021 or 2022 when a ute is rumoured to be in the offing.

This year, sales of 4×4 one-tonne pick-ups and small SUVs are up 4.6 and 2.4 per cent respectively, helping to offset falls in other categories and keeping Australian vehicle sales from a much sharper downturn than the overall 8.4 per cent dip shown on the national sales spreadsheet at the end of February.

Despite not having contenders in these segments (yet), KMAu says it is confident it can top last year’s record 58,815 sales in 2019, albeit by a small margin.

“We have got a full year of (new) Cerato this year and we have our small SUV coming in the latter part of year, so we are still confident we can grow volume and market share in Australia,” he said.

Mr Meredith said that despite the slide in national vehicle sales in the first two months of 2019, he did not expect a disastrous year for the industry.

“I still think the market will be a 1.1 million market, so it is not going to fall off a graph,” he said. “There are still a lot of cars being sold. 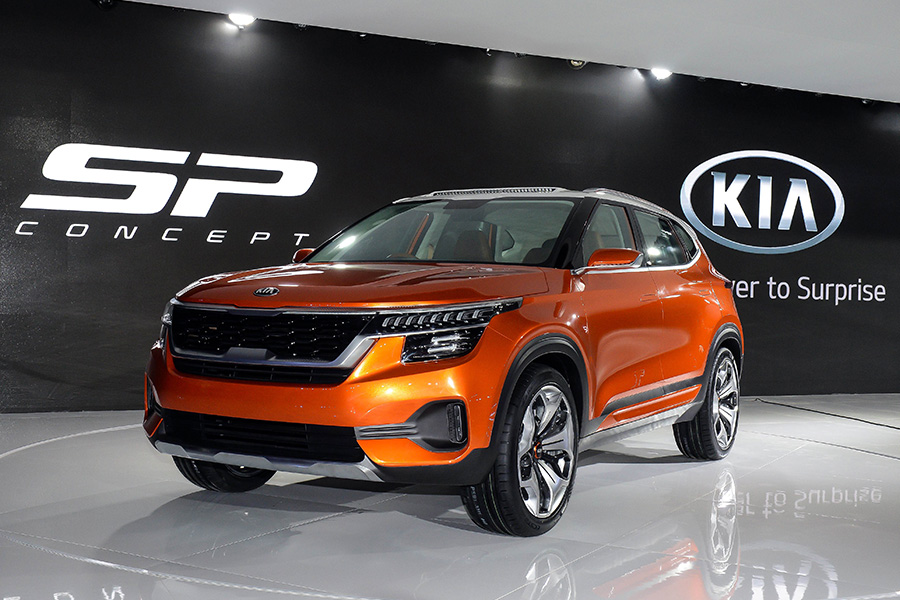 On the up: The rise and rise of Kia sales will be helped by the arrival late this year of a new compact SUV based on the SP concept shown in India last year.

Mr Meredith said Kia had charged out of the blocks in January with its usual push that centred around the Kia-sponsored Australian Tennis Open – the biggest sports sponsorship deal in Australia.

“We normally come out of the gates very, very hard in market share, so January was 5.7 per cent market share and number five position,” he said. “Obviously, that is the highest we have ever been.

“Then it settles back down a little bit. But we think we will be at 5.5 per cent market share for this year.”

Last year, Kia finished the year on 5.1 per cent share, putting it in a company record seventh place, just behind Holden and Ford. So far this year, Kia has leapfrogged Holden and is trailing Ford by little more than 500 units.

Next year, a full year of the new compact SUV plus a small boost from two new electric vehicles – the e-Niro and Soul EV – that are due to be launched at next year’s Australian Open should push the Kia volume to about 70,000 in 2020 and then to about 80,000 in 2021, if it all goes to plan. 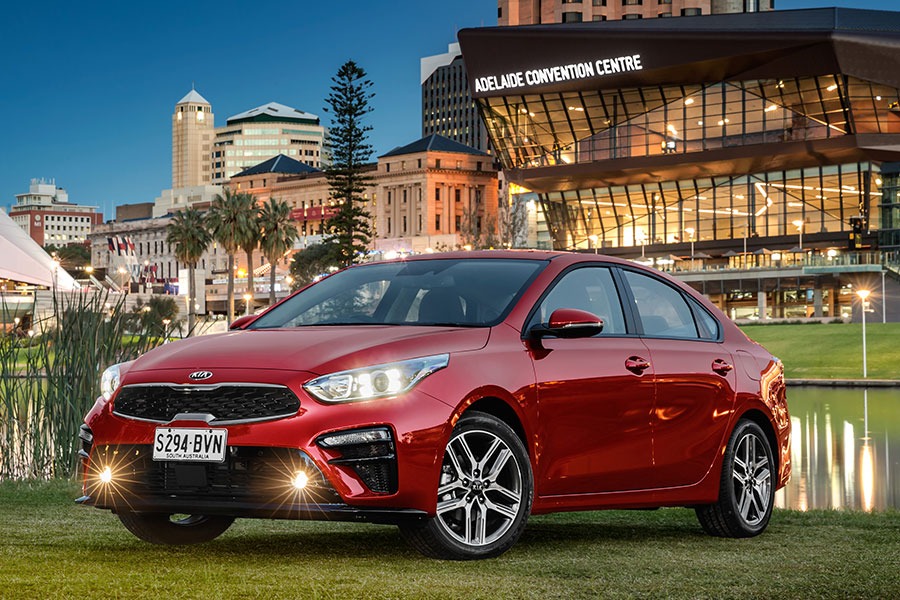 Kia is yet to confirm plans for the light-commercial vehicle range, but Mr Meredith said he was pushing for it, as it would be the way Kia could lift its sales beyond 100,000 in Australia.

“Would be great if we had a couple of those (light-commercial vehicles),” he said. “Saying that, we have to focus on what we have got.”

Mr Meredith said price rises by competitors such as Toyota and Mazda in the small car bracket had given Kia “a free kick” for its Cerato against new generations of the top-selling Corolla and Mazda3.

He said Kia’s value-for-money pricing and specification policy had kept Kia in the passenger car sales game, even though mid-sized Optima was to be phased out later this year due to poor sales in the near-dead medium car segment.

“We still think we can grow sales in the passenger segment with Picanto, Rio and Cerato for the next three to four years,” he said. “There is no doubt it (the passenger car segment) is going down – going down between five and eight per cent – but it is still 200,000 cars.

“If we can keep doing what we are doing and hold our price points, I think we can continue to grow our passenger sales and get better at SUV.

“Hopefully, in two-to-three years’ time, a light-commercial range will appear out of nowhere and give us the opportunity to sell 100,000 cars.” 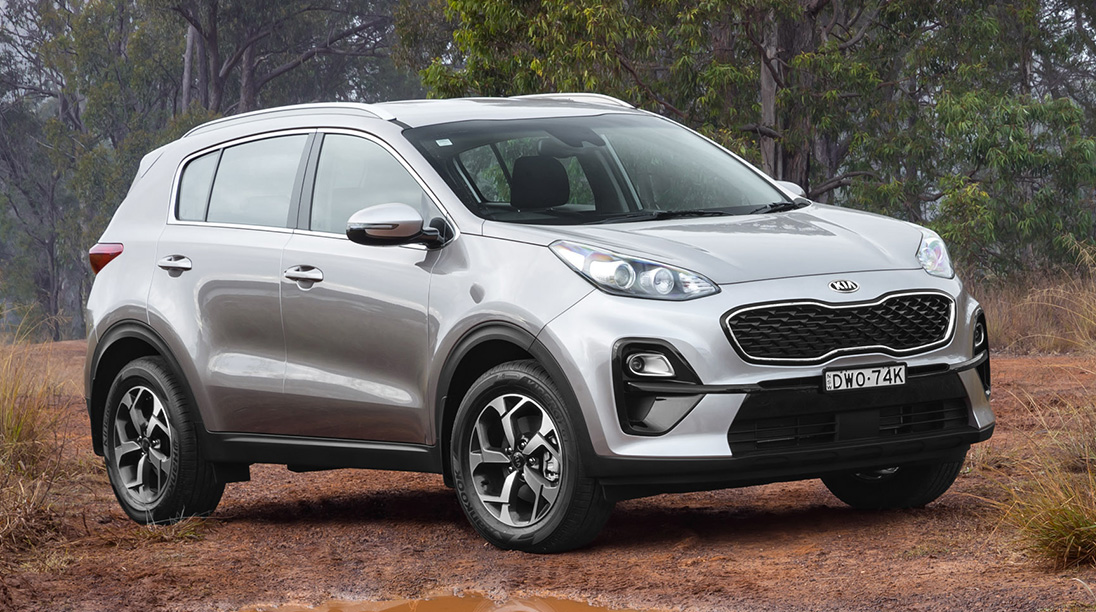