KIA Motors Australia (KMAu) has revised its 2017 sales forecast upwards from 48,000 to between 53,500 and 54,000 units, thanks to stronger-than-anticipated growth from key models such as the Cerato small car and Sportage mid-size SUV.

Speaking with GoAuto at the launch of the Stinger sports sedan in Canberra last week, KMAu chief operating officer Damien Meredith nominated an aggressive year of price-focused retailing as a factor that should help tip Kia, and the new-vehicle market overall, towards another record year.

“We believe the market will finish at 1.19 million which will be the biggest market ever for Australia,” he said. 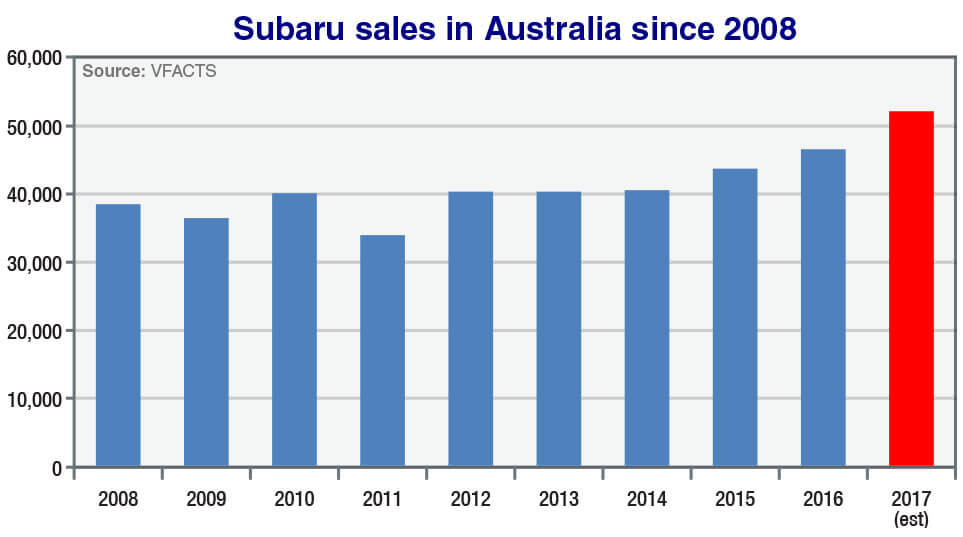 “It has been driven by a lot of things, but mainly the retail aspect – there has been a lot of ‘on sale’ for the majority of 2017 which isn’t a bad thing for the consumer.

Mr Meredith did not nominate where he expected Kia to finish on the list of leading brands.

Volkswagen, which last year placed one rung behind Subaru in eighth position with 56,571 sales, is down 0.6 per cent and currently sitting on 37,662 sales – just 154 units ahead of Kia. 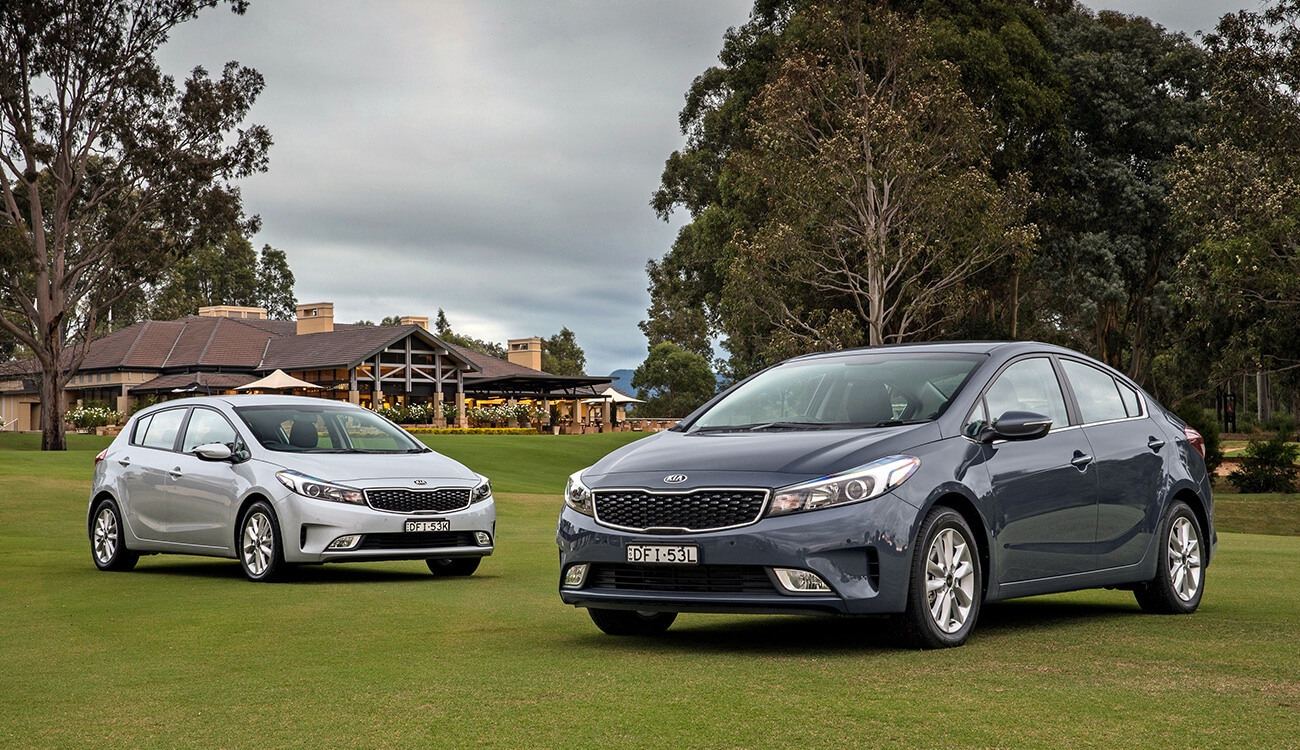 Sales champ: Kia has already racked up more than 13,000 sales of its Cerato small car this year by pushing the $19,990 driveaway (with free auto) deal that many of its rivals have abandoned.

Mr Meredith said that among Kia’s research it found the move to a seven-year/unlimited-kilometre warranty was “one of the most important foundations of our growth”.

The fact that many of Kia’s rivals in the small-car segment have abandoned the $19,990 driveaway space has also opened a growth opportunity for the company’s top-selling model, the Cerato, which has racked up 13,083 sales to the end of August – up 52.5 per cent on last year.

The Sportage is the other main player in Kia’s stable, recording 9472 sales so far this year, which is up 31.2 per cent on the same period in 2016.

The all-new Stinger will push Kia even higher, with an annual sales forecast of 3000 units under supply limitations – and as many as 6000 once the restrictions ease. 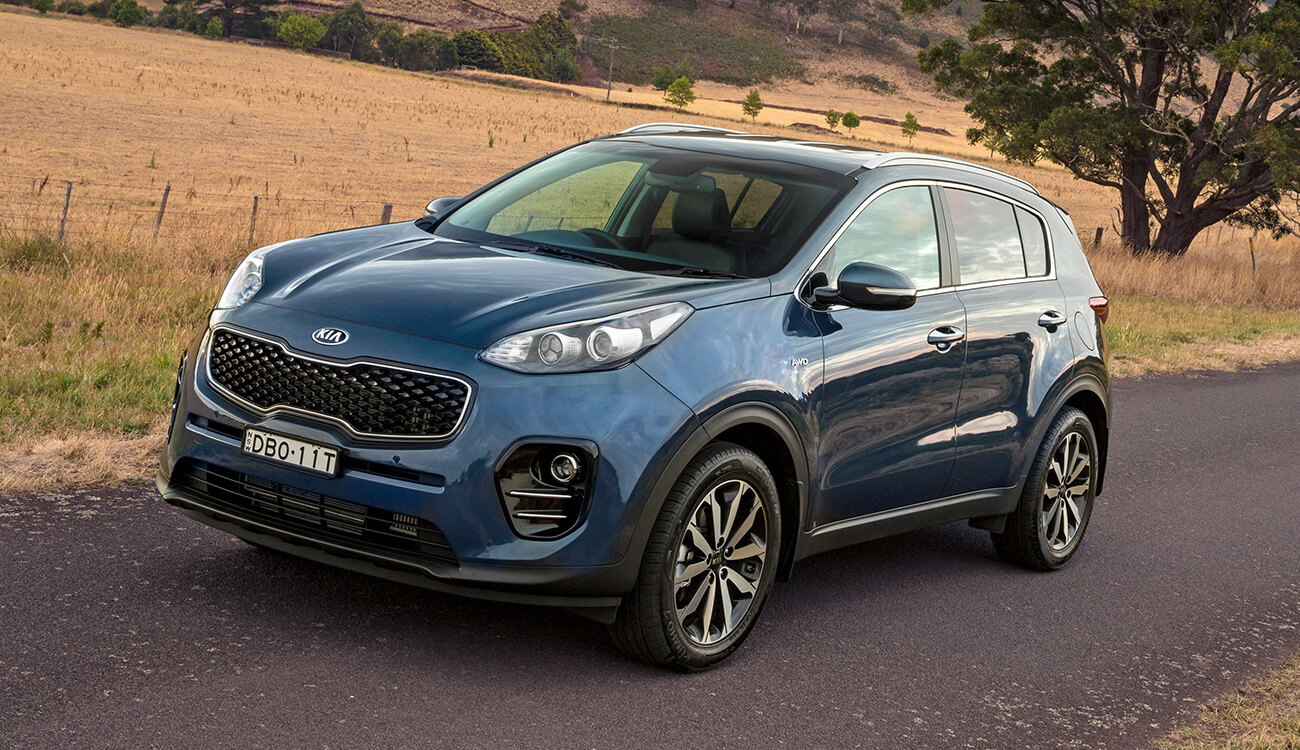 The sports sedan will also act as a beacon for the brand in general.

According to KMAu general manager of product planning Roland Rivero, the broad spread of models experiencing sales growth is a testament to the brand’s concerted move away from concentrating on a single model.

“We do like a balance in our range, so we don’t want to just be a Picanto or a Rio car company,” he said.

“We want to make sure that our SUV range, Sorento and the Sportage, are doing well, (and) Carnival’s doing well. That balance in our range of every model doing its part is critical.”

The Optima mid-size sedan is the only model not pulling its weight, its 568 year-to-date sales marking a 43.8 per cent downturn.

Optima sales are likely to come under further pressure with the arrival of the Stinger, with Mr Meredith saying: “We’ll look at that very, very closely. 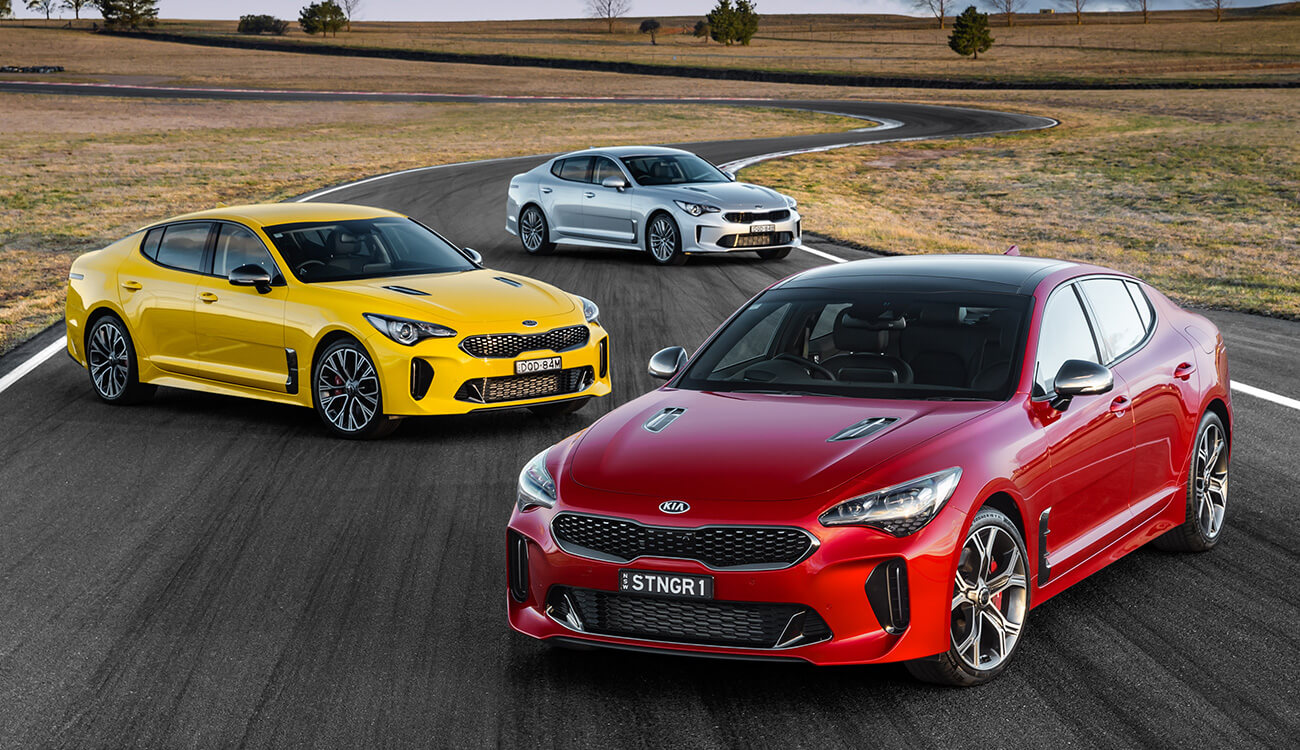 “We think that if there’s a dramatic fall off with Optima, we’ll do something about it,” he said.

The new-generation Rio has not brought the sales increase KMAu was anticipating at its launch early this year, with the Cerato’s keen pricing potentially moving prospective buyers into the bigger model.

Mr Meredith said there was now a greater focus on retail buyers rather than fleet customers with the new Rio, but that the company would look to improve its position with a (still-to-be-confirmed) six-speed automatic and possibly a GT-Line flagship variant.

“Rio is just selling more than what it did the previous year,” he said.

“That’s a new model, obviously. But … we focus very heavily on retail for Rio. A lot of its sales historically was for fleet business. We’re relatively happy with how it’s gone.”

The previous-generation Rio was available with a 1.6-litre direct injection four-cylinder engine and six-speed automatic range-topper, but this combination is now reserved for overseas markets.

In Australia, the new-generation model has only been made available with a 1.4-litre four-cylinder and four-speed automatic, plus a six-speed manual option.