KIA Australia has announced the winners of its annual Dealer of the Year (DOTY) awards for 2020 with two dealerships being awarded the Global Platinum Prestige Award; an internationally recognised prize.

Presented by Kia Australia chief executive officer James Cho and chief operating officer Damien Meredith, the award ceremony was held digitally earlier this week with Motorama Kia Moorooka (Qld) being crowned the National Dealer of the Year as well as the top-performing dealer of the northern region and taking out the ‘Top Aftersales Operations’ award.

“We are all extremely proud to receive these awards for 2020,” dealer principal Joel Mullins said.

“It was easily the most challenging year we have faced as a business and I can tell you everyone here at Motorama Kia has worked so hard.

“These awards represent a culmination of that determination and spirit, to adapt to change and continue to innovate in an ever-changing market.”

Unlike other brands, Kia breaks its DOTY awards down into five regional categories – western, central, northern, southern and eastern – in addition to the overall title, top sales and top aftersales awards. 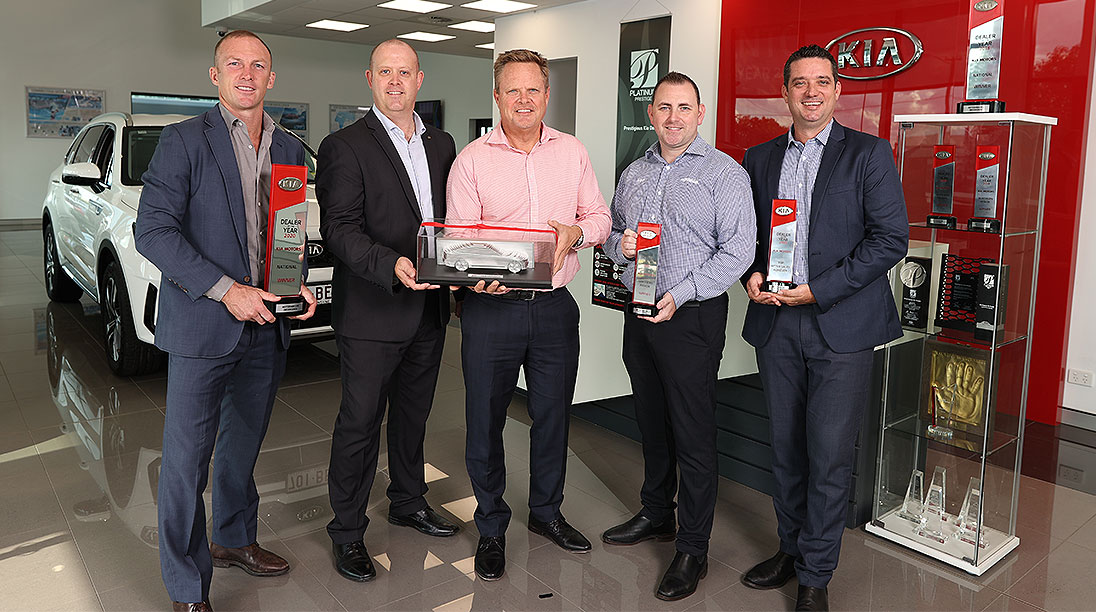 Wangara Kia in Perth’s north was named as the winner for the Western Region, Wayne Phillis Kia (SA) was the top-performing dealership in the Central Region, Peter Warren Kia (NSW) took out the Eastern Region award while Werribee Kia (Vic) claimed both the South Region and top sales awards.

It proved a highly successful year for Motorama Kia Mirrabooka which not only took out the aforementioned three awards, but was also named a recipient of the Global Platinum Prestige Award along with Wangara Kia.

An internationally recognised prize, this award recognises “top performing Kia dealers all over the world across the key metrics of dealership standards, facilities, processes, business performance and CSI scores”.

Mr Meredith said the Kia dealer awards were a testament to the “hard work, motivation and professionalism” shown by the brand’s dealer network in “delivering the highest levels of satisfaction to all” its customers.

“In a truly testing year, we forged an even closer bond with our dealer network across the country and today, is a time to celebrate not only their resilience, but their excellence too,” he said.

Things are looking up so far in 2021 however with the brand’s sales up 15.7 per cent across the first two months of the year compared to the same period in 2020 (11,371 vs 9825) with the venerable Cerato small car proving the most popular model, contributing 3013 sales thus far (to the end of February).