The latest agreement is a five-year renewal between Nadal and Kia, the major partner of the Australian Open.

Nadal has also hosted a global livestream training session on his official Facebook page which gives fans the opportunity to help get Nadal back to match fitness in preparation for his return to the court.

Aired from the Rafael Nadal Academy in his hometown of Mallorca, Spain, the live stream aimed to #GetRafaMoving with fans joining to vote in real-time while coping with social distancing triggered by the pandemic.

Through a series of emojis, fans had total control and tailored the session based on what they wanted to see most from Nadal.

The unique training saw Nadal take on a range of drills from knocking down targets from baseline to returning over balls with amazing trick shots.

After taking on the fan-led training session, Nadal said: “Fans have been without tennis for months now, particularly mine since besides my practice routines at the Rafa Nadal Academy I haven’t been active, so I really enjoyed putting on a special event for them.”

“Kia has been by my side since I was 17 years old and has played a big part in my journey as a professional tennis player and as a person. I’m excited to see what the next five years bring both on and off the court,” he said.

“At a time when he needs his fans the most, we wanted to put them at the heart of his training and encourage his successful return to competition,” he said.

“We are excited about extending our partnership for the next five years and look forward to inspiring each other to continually move forward.”

The live stream was hosted on Nadal’s official Facebook page and can be found on Kia’s worldwide social channels. 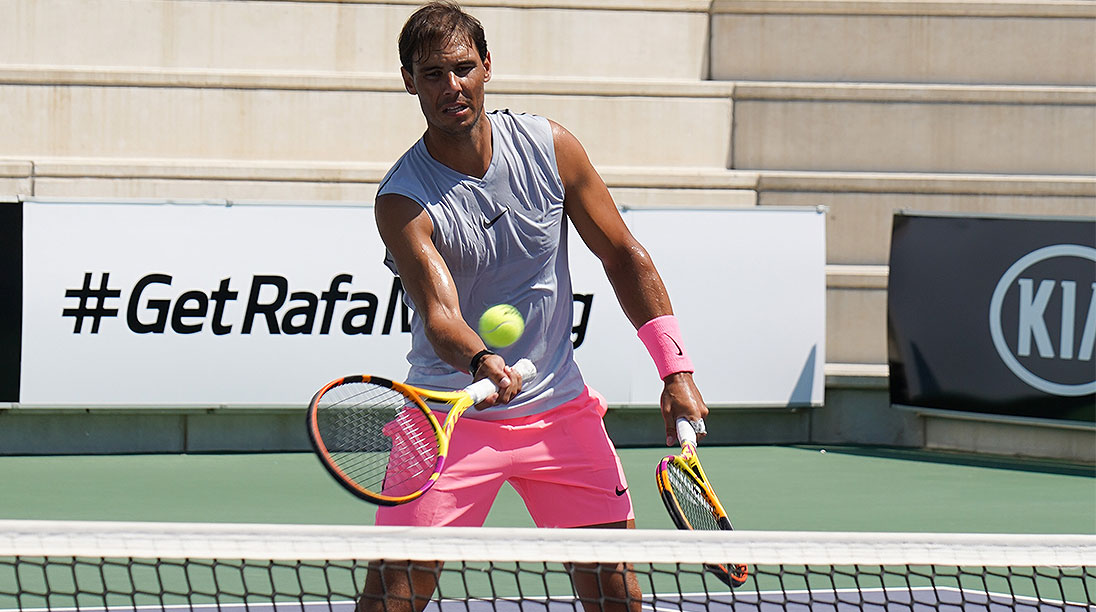