LAND Rover Australia has renewed its Rugby Australia partnership as official major sponsor and the official vehicle of the Wallabies until the end of 2024.

The three-year deal extends the relationship to seven seasons, with Land Rover first joining with Rugby Australia in 2018.

Through the partnership, the Land Rover logo will be worn on the back of the Wallabies team shorts on game days and at training, and on the Gilbert test match rugby balls.

Land Rover said that it has been at the heart of global rugby for more than 20 years right through from grassroots to elite levels with its partnerships with Rugby World Cup as well as national and club teams.

It said that the extension of the Wallabies deal reinforced its commitment to supporting rugby at all levels and “creating unforgettable experiences for the Australian rugby community.”

“The values of Rugby Australia have great synergy with those at Land Rover, and the Wallabies will wear their logo with pride throughout the test seasons. 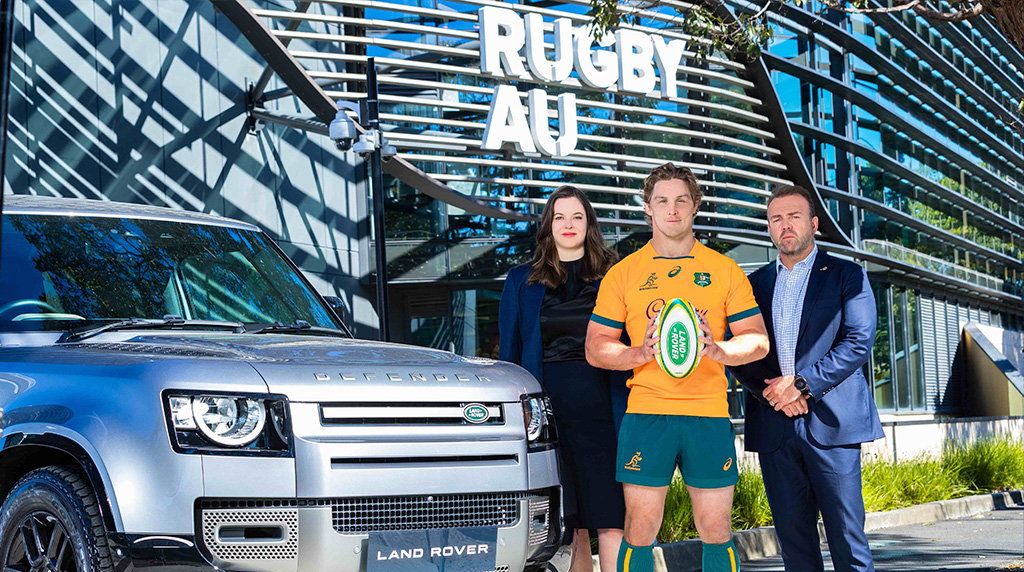 “Land Rover has a long history of supporting rugby around the globe and we look forward to continuing to have a successful partnership that benefits both organisations for many years ahead.”

“With shared values of passion, integrity, leadership, and a commitment to going above and beyond, we couldn’t be more excited to write the next chapter of our partnership with the Wallabies, engaging with fans across the country and helping to grow the game.”

Land Rover has also renewed its ambassador relationship with Wallabies captain Michael Hooper who will work directly with the car-maker to support grassroots programs that engage young rugby fans and players.

Ms Edwards said that extending the relationship with Michael Hooper “was an easy decision.”

“Michael embodies the Land Rover spirit and is a true leader and champion both on and off the field,” she said.

“We look forward to achieving many more great things together, in particular, to inspire and engage young rugby fans across the country via grassroots programs.”