OUTGOING Lexus Australia chief executive Peter McGregor has labelled the luxury car market as the most “aggressive” it has ever been, highlighting fierce competition as potentially the biggest hurdle that lies ahead for his successor.

Mr McGregor replaced Sean Hanley at the top of Lexus Australia in early 2015, however after less than two years in the job he is among several top executives electing not to relocate from Sydney to Melbourne as Toyota Motor Corporation Australia consolidates its management operations and shifts its sales and marketing division from Caringbah to Port Melbourne. 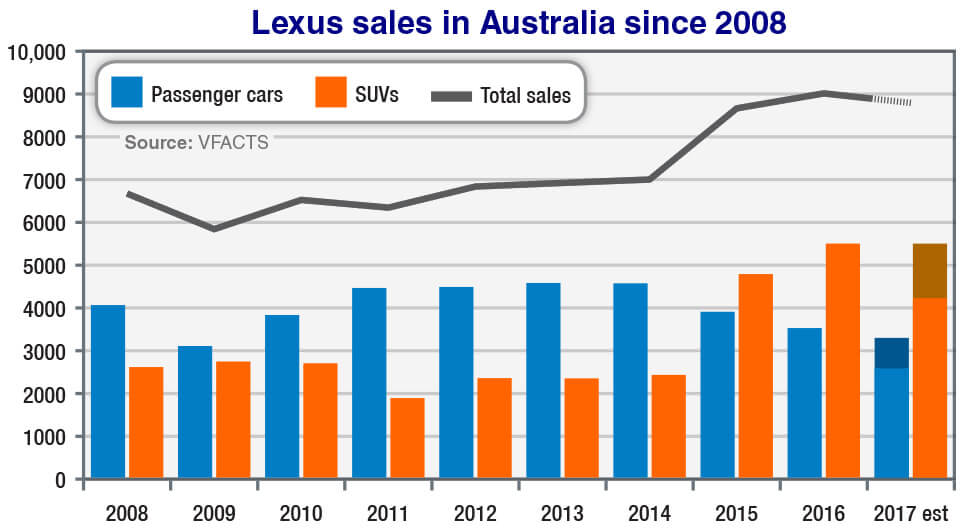 He will be replaced at the end of the year by Scott Thompson, who held Toyota Australia divisional sales manager and divisional marketing manager roles over five years, and since early 2016 has worked as general manager of marketing for Toyota Motor Sales in the United States.

Speaking with GoAuto recently at his final media event in the role, and rounding out a 30-plus-year career with Toyota Australia, Mr McGregor said both sales volume and the brand image of Lexus has improved notably over his time at the top.

“This is coming to the end of my second year, so I think in that time probably the biggest, not so much change, but evolution has been the launch of the new brand tagline and what ‘Experience Amazing’ is meant to, fundamentally, include,” Mr McGregor said.

“It represents a new challenge, not just to the way our retail operations treat our customers but also to us, and to Lexus International as well, because ‘Experience Amazing’ basically requires you to continue to improve on what you deliver to your customer, continuously. What might be amazing today, in five, 10 (years), maybe I don’t know how long, will be expected. It will no longer be amazing. 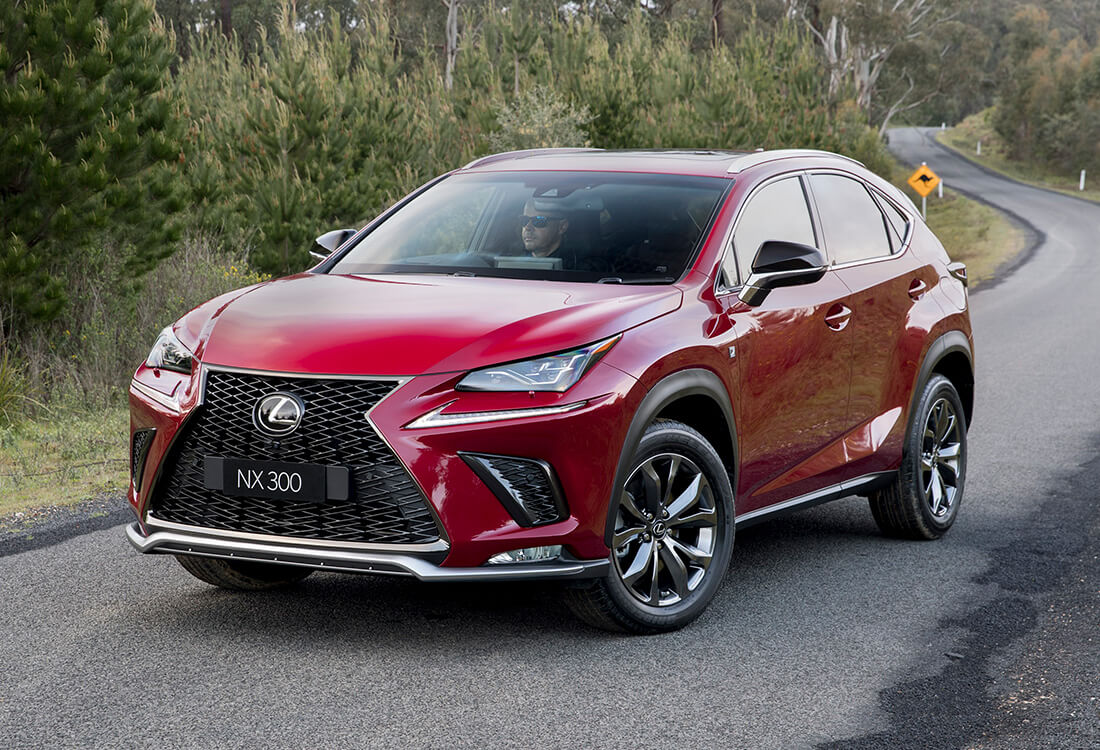 Road ahead: Lexus is chasing another record sales result in 2017, while longer term the company is aiming to keep both sales and customer satisfaction levels high in an increasingly competitive and aggressive market.

“I think the second thing was probably the sales volume last year. We set a record in 2015 and we set another record result last year. This year, the sales team are still chasing a result that is bigger than last year, but three months to go, it may happen, it may not happen. If it doesn’t happen, it will be the second-best year ever.”

However, while the then new NX medium SUV recorded 416 sales in 2014, it tallied 2922 in 2015 – and without its addition to the Lexus line-up, the company went backwards. 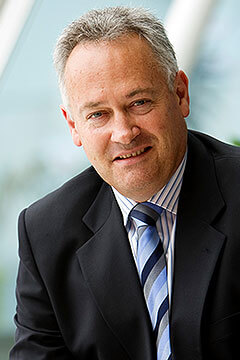 To September this year, Lexus is 20 units behind the same period last year, with the NX up by a single sale. The surprise performer has been the LX upper-large SUV, up 40 units to 251 sales, as the only model from the brand showing growth.

Mr McGregor nominated “the competition” as the greatest challenge that lay ahead for his successor.

“In the luxury market, our competitors are formidable,” he said.

“Where will they be, the three Germans, Mercedes, BMW, Audi; or Range Rover, Land Rover, Jaguar, Volvo?

“Competition always presents you with new product, new offers, new price points, new ways of thinking and they are always looking for ways to appeal to the customer.” 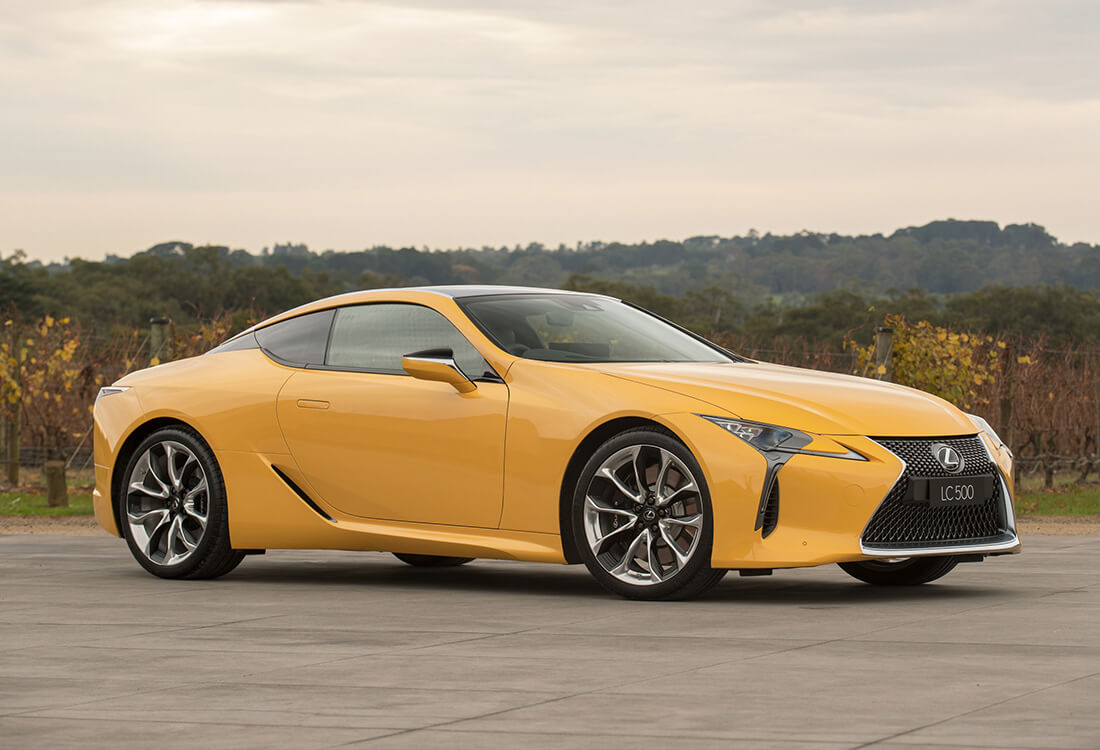 Asked whether he believed the competition was now become more aggressive than ever before in the premium sphere, Mr McGregor said: “I think it has.

“So we’ve expanded the luxury market to have more coverage, and so I think that will … continue to be one of our challenges. That’s probably a good enough one.”

Mr McGregor insisted that radical change inside Lexus Australia was not, however, necessary. He believed Mr Thompson would maintain a steady hand.

“I don’t think he will change the fundamentals,” he said.

“The fundamentals of the business being the focus on the customer experience, that won’t change. Because he’s been in the States for two years and he has had an opportunity to work in Lexus US, which is probably the most successful Lexus operation in the world, I think he will bring back new initiatives, new views, new ideas on how to do things.

“You would almost call it fresh eyes.” 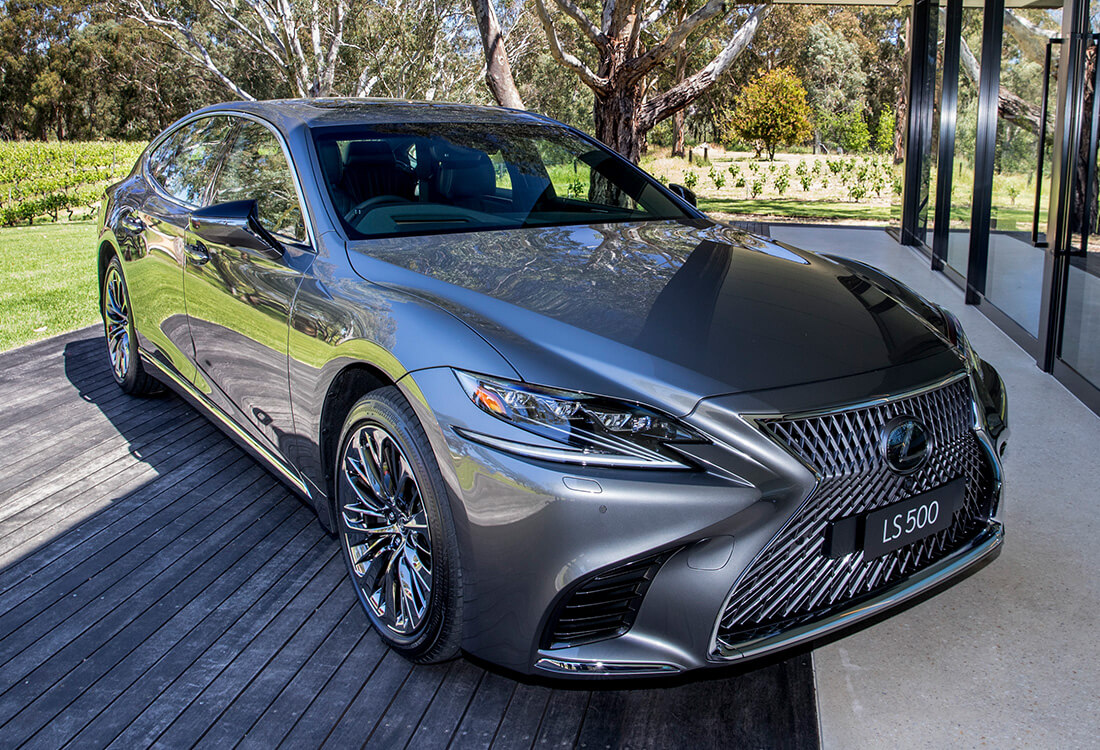 Mr McGregor said he has been working with Mr Thompson on the transition of the chief executive role over the past 12 months, “to keep him informed of what’s happening in Lexus and to make sure that he is happy with the things we’re doing in terms of positioning the operation to go forward”.

“He is fully aware of any of the key decisions we’re making so that when he comes back, he is fully across what we are doing and the team is in place and he can hit the ground running,” Mr McGregor said.

While the outgoing Lexus chief said he believed firm foundations had been put in place for the brand over his tenure, he also insisted that future growth would rely on product coming from Japan – and its next product should be an SUV.

“I think it’s fair to say that, given the direction that the market is taking, not just in Australia but also in the US, and in terms of both the volume and the luxury market, most companies are looking to expand their SUV range,” he said.

“So that would be where I would probably want to focus if I was given one more product, (asking myself) ‘What can I do to improve our SUV offerings?’ The feedback I give our global planners is: please consider how you can offer the market the SUVs they want.

“(For now) my only hope is only that we have built the business to have a solid base, on which he can then come in and say, ‘Okay, this is how I want to take Lexus to the next level.”