LEXUS Australia chief executive Peter McGregor has cautiously predicted another record sales year for the brand in 2017 despite volume being down 2.3 per cent to the end of May – and 2018 is expected to bring further growth as new models arrive.

Speaking to GoAuto at the national media launch of the Lexus LC in Victoria last week, Mr McGregor said supply issues had hampered NX sales early in the year but “the last few months we’ve been able to fundamentally supply what we need to supply”.

“This year, if I don’t set a new record in terms of volume it won’t be far under what last year was,” he said. “If it’s not over nine thousand, it will be high eights.” 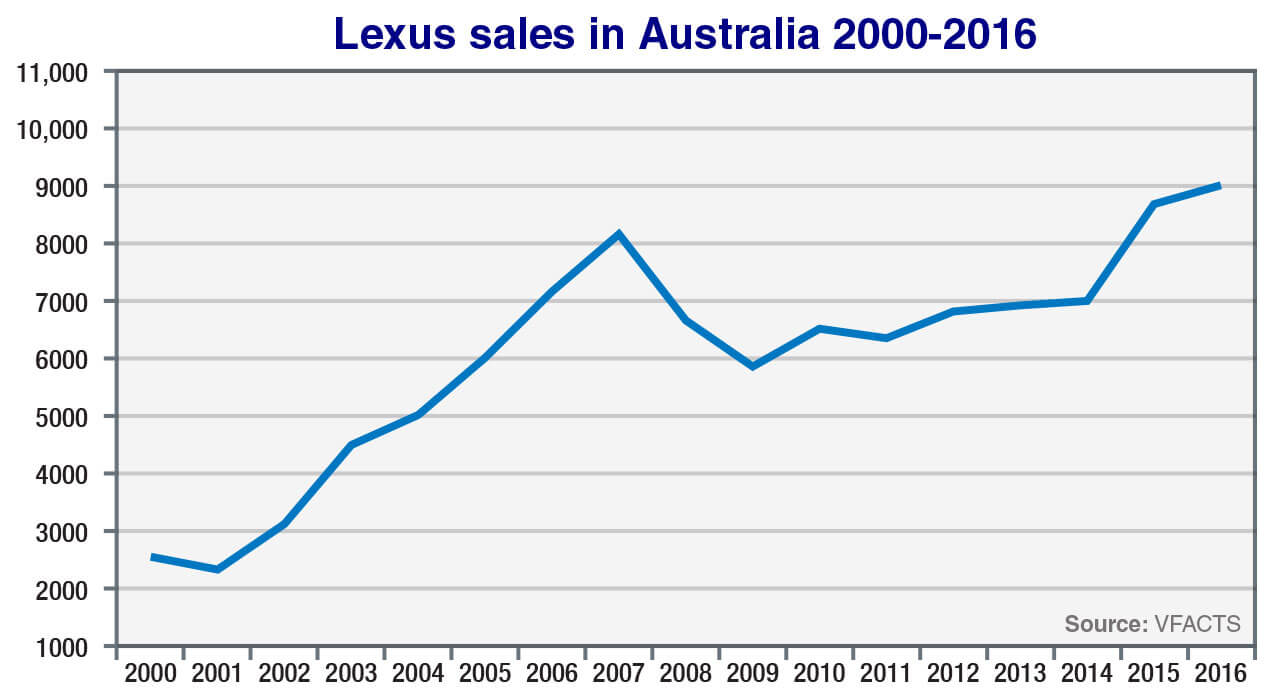 Mr McGregor said next year should bring a larger sales increase, owing to a full year of trading with the new LC flagship and facelifted versions of the NX and CT200h (arriving in the third quarter of this year), plus the new-generation LS which lobs early next year.

“I expect that next year we’re going to do quite well,” he said.

Although Mr McGregor believed Lexus would enjoy slower, more incremental growth going forward, two new dealerships that have opened this year would be complemented by another two next year “in strategic locations that are primed for rapid (housing) growth”.

“It’s step-by-step (growth) and it’s about running a responsible business, so I don’t want to achieve a volume target for the sake of achieving a volume target,” he said. 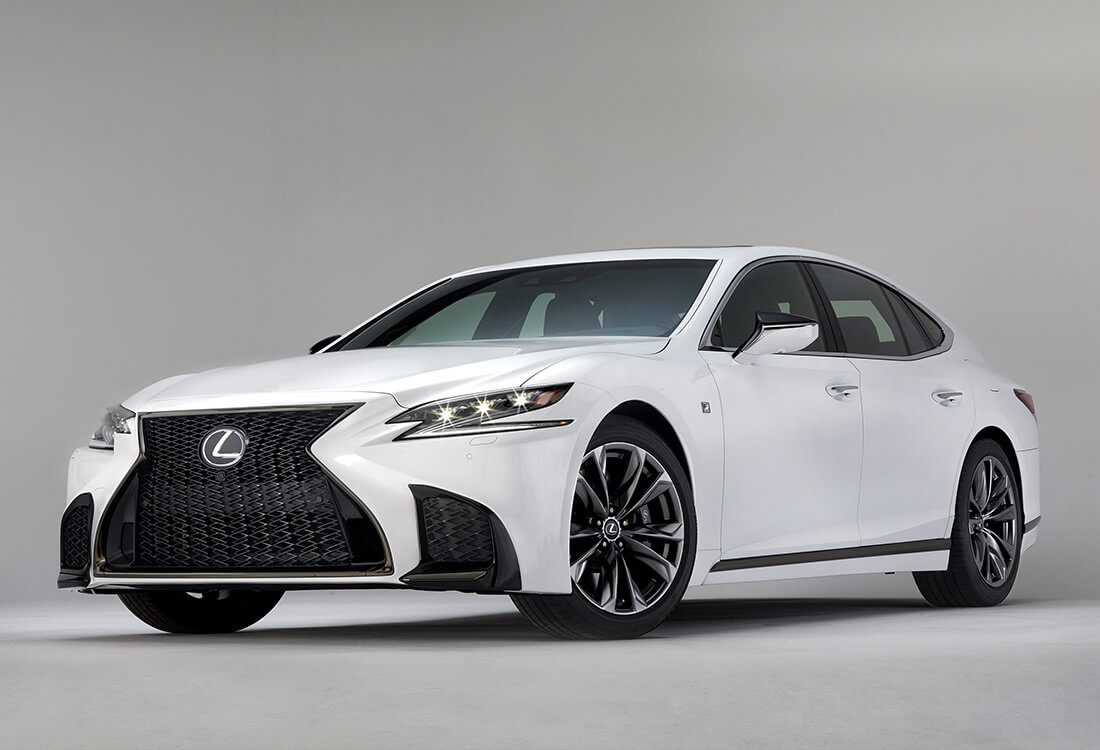 On the way up: A facelifted version of the NX SUV (below) that arrives in the third quarter of this year and the new LS flagship (left) that lobs early next year should push Lexus Australia to a record sales result in 2018.

“And when I say responsible business, our dealers make significant investments and it’s appropriate that they get a return on that investment.

“I’m very mindful of that, so we want to have responsible growth.”

Of the first new dealers to have opened in 2017, Mr McGregor said: “Lexus of Toowoomba is serving one of the fastest-growing areas of Queensland (and) Lexus of Macarthur is doing likewise in the booming greater western region of Sydney.

“So we’ve opened those two and early next year I fully expect that we’ll have another two.

“Our ongoing plans to ensure a strong presence in emerging population growth corridors are proof that Lexus is positioning itself for further long-term expansion.” 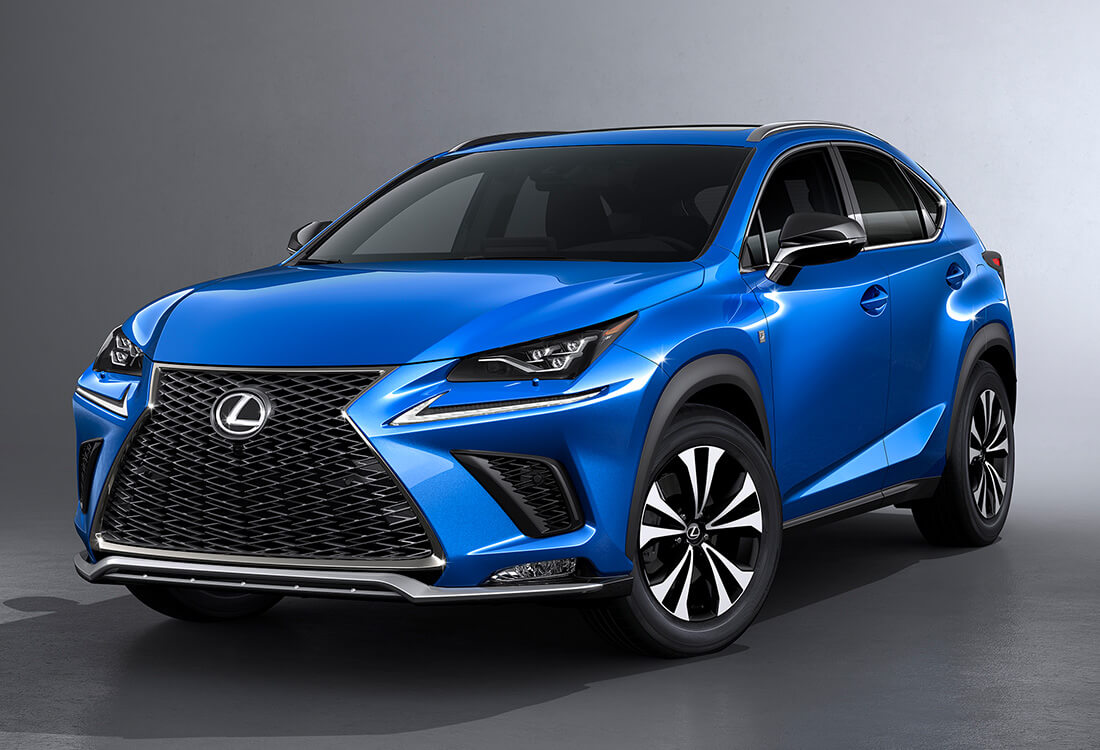 Lexus has enjoyed a conquest buyer rate of 70 per cent over the past 12 months, with Mr McGregor putting the achievement down to “step up” buyers leaping from mainstream brands, partially on the back of a strong housing market.

“Opening in Macarthur has probably added, for example, let’s say 20 units per month (and) those 20 units a month coming from the Lexus in Macarthur area, typically I’d almost call them ‘step up’ buyers, people who haven’t been in the luxury market for the first time and they’re prepared to consider Lexus,” he said.

“They could potentially be younger, and so that may start to slowly change the (traditionally older) demographic, but it’s not going to change it overnight.”

Given Lexus’ traditional focus on customer service and high buyer retention rates, Mr McGregor added that it was important that such virtues were maintained for new first-time shoppers.

“As a general rule, if people buy their first Lexus, given the experience of buying a Lexus, but also the experience they get when you get them into service, the way we look after people during the service cycle, typically they’ ll come back for their next one,” he said.

“You look after people and they have a great experience with you, and they’re happy to come back and buy their next car, whenever that is – in three, five, seven years.”