The leading independent research firm typically finds that satisfaction levels are significantly higher among customers who receive extras such as a free car wash and vacuuming, and amenities such as free WiFi and food and a children’s playground at waiting areas, than those who do not.

That is statistically proven, but basic human nature.

Importantly, the latest survey has found a positive trend in this area. In overall terms, 33 per cent of owners of mass-market-brand vehicles are reporting an increase in amenities at dealerships, compared to 28 per cent last year.

A significant 31 per cent of owners who took their car in for maintenance or repairs at an authorised dealer said the vehicle was washed and vacuumed. This is up from 28 per cent last year, and 25 per cent in 2013.

Other key factors such as receiving an explanation of charges, work being done right the first time and vehicle ready when promised, remained steady this year, although among the amenities on offer, this year’s study recorded a seven per cent increase in dealers providing WiFi access in their service facility.

JD Power rates this as a highly valued amenity by customers with 797 index points on its 1000-point scale, trailing only free food (850) and the availability of a children’s area (838).

The number of amenities at a dealership also has a direct impact on overall satisfaction, with less than four amenities dropping the rating 23 points below the industry average, four to five amenities bumping it up 40 points over the average, and more than six sending the satisfaction rating skyrocketing 79 points above the average mark.

While some of these issues might look like minor points, most car companies understand that the overall impression created in the minds of consumers has a major impact on brand image, advocacy, repeat business and ongoing loyalty.

As the CSI study shows, among the 24 per cent of customers who are highly satisfied with their dealer service (overall satisfaction scores of 901 and above), 58 per cent say they “definitely will” purchase their next vehicle from that dealer and 75 per cent “definitely will” recommend the dealer to friends and family. 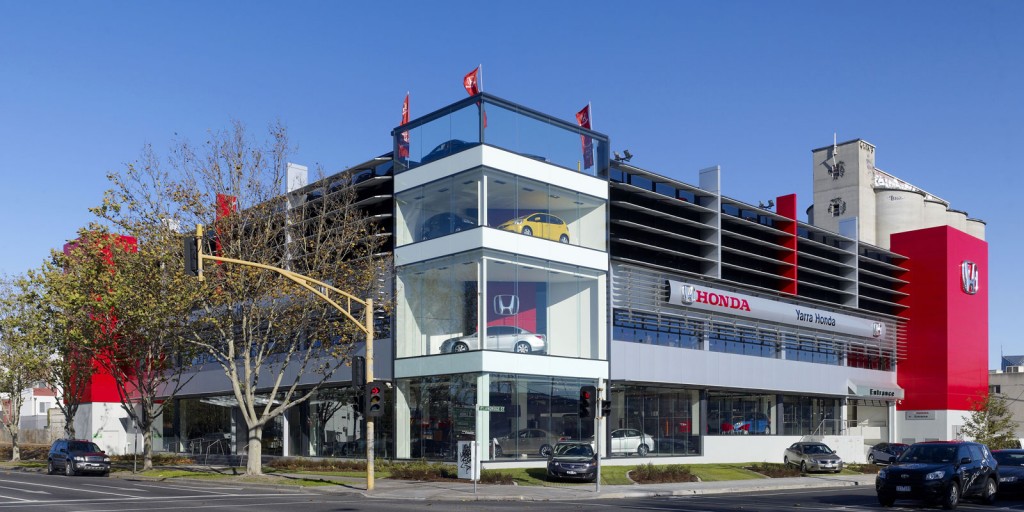 In contrast, among customers less satisfied (scores of 715 and below), only five per cent indicate an intention to purchase their next vehicle from that dealer, and only five per cent say they “definitely will” recommend the dealer to others.

Furthermore, “highly satisfied” customers are eight times more likely to revisit their service dealer for post-warranty maintenance and repairs, rather than head off to an independent operator once the warranty has ended.

“Because service satisfaction is so critical, it’s encouraging to see that more dealers are calling their customers to check they are fully satisfied with their service visit,” Mr Truong said, pointing to a two per cent increase this year to 46 per cent.

“Calling customers after their service visit increases satisfaction 40 index points. However, compared to other markets like the US (61 per cent) and in the UK (56 per cent), dealers in Australia lag behind in gaining feedback from their customers.”

Among other key findings, six per cent of customers said their service work was not done right the first time – a major influence on satisfaction levels – with the primary reasons for repeat work being parts not available, work performed did not correct the problem and the dealership being unable to find the problem.

As car companies increasingly appeal to a younger demographic, drawing in buyers who once would normally have settled for a used car with aggressively priced compact vehicles and attractive finance offers, the CSI results show that owners aged under 35 comprise 17 per cent of dealer service customers – and are the least satisfied demographic group (at 770 points).

With technology becoming an integral part of the vehicle and people’s everyday lives, it is unsurprising that the percentage of customers scheduling their service appointment over the internet has increased to 11 per cent in 2015, up from six per cent in 2012.

This is another convenience factor which has a direct impact on satisfaction levels.

As capped-price servicing schemes permeate the industry, JD Power has found that 47 per cent of aftersales customers have reported being covered by this type of program, up from 38 per cent last year.

This, too, is beneficial in terms of the customer’s satisfaction, with those covered by a capped-price service program having an overall satisfaction score of 811 points. 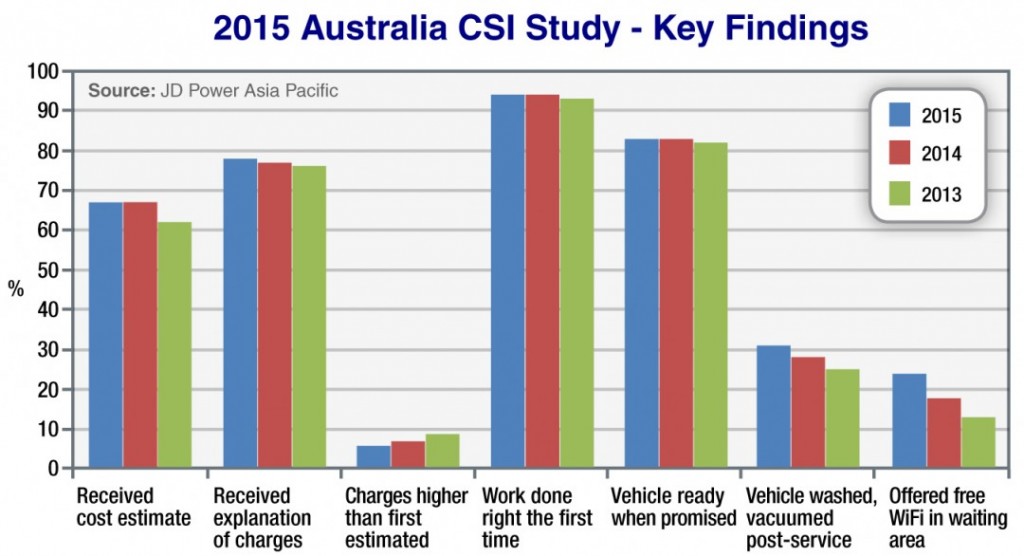 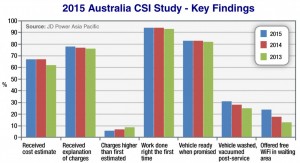