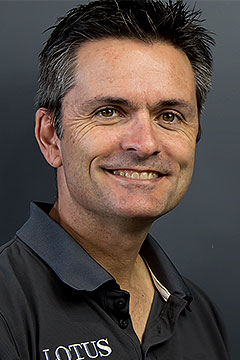 LOTUS Cars Australia chief operating officer Richard Gibbs has credited a dealership renewal plan for doubling year-on-year sales in 2017, after a 15-year low the year prior and ahead of targeted record volume by 2019.

Mr Gibbs said one of the first tasks after taking over the distributorship from Ateco Automotive was reviewing the dealership model, following which a termination of three dealer contracts saw only a duo – SSC in Sydney and Zagame in Melbourne – remain nationwide. Three new dealers were then appointed.

“Challenge number one required us to go back to the basic principles: what do we need to do to sell this brand? That started with a dealer network review,” the Lotus Cars Australia COO told GoAuto in an interview in Sydney last week.

“It’s not disparagement against any of the dealers of that time, but the reality that we found was that most dealers were massive, had lots and lots of other brands and revenue streams, and, quite understandably, the Lotus brand was just too difficult and didn’t account for enough numbers for them.

“So in the cold, hard world of automotive economics, the brand was suffering accordingly.”

Mr Gibbs wanted to switch from a large-scale retail dealer model to a smaller, niche and more personal structure, which meant ending contracts with Barbagallo Motors Perth, Belcar Group in Adelaide and Euromarque in Brisbane.

“They all ran extremely successful dealerships,” he added. “You couldn’t fault them for what they did, but our brand didn’t fit with their business model.”

Six months following the distributorship change, these contracts had been replaced by Autostrada Luxury Cars in Western Australia, Krause Motor Group in South Australia, and Motorline in Queensland. 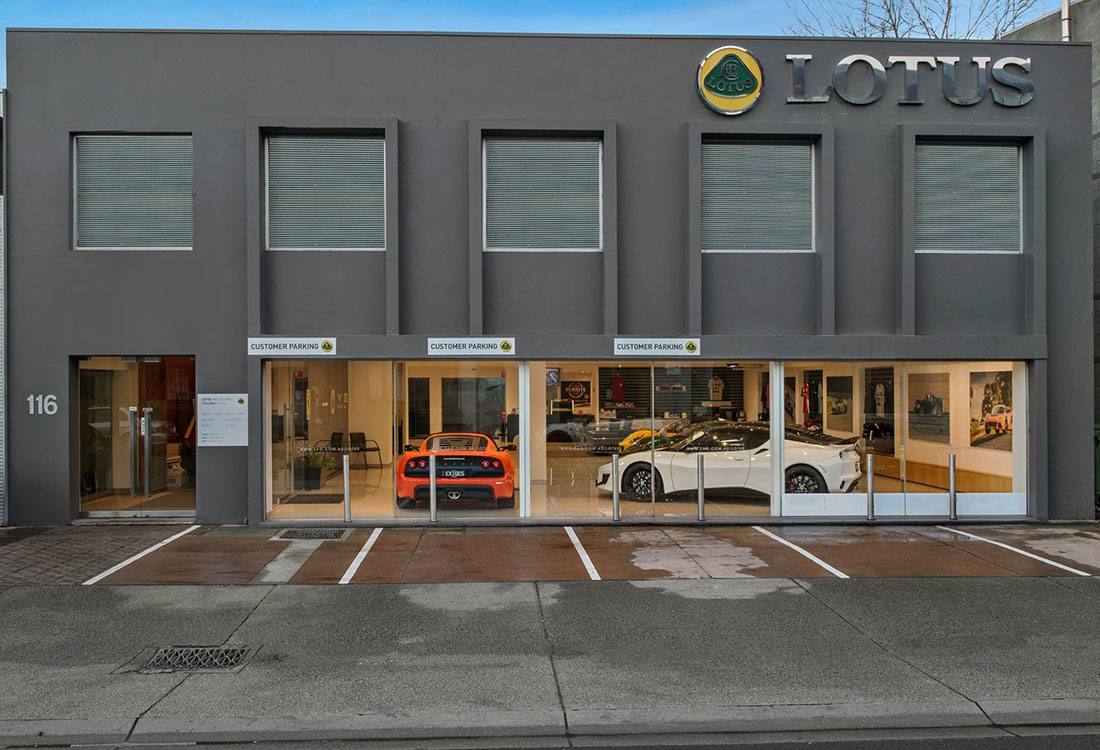 “So we started the 2017 calendar year with a five-dealer network (and) they were working to a blueprint of how we want a Lotus dealership to work,” Mr Gibbs continued.

“We had done their enablement training so if it wasn’t right, we had only ourselves to blame. That year (2017) for us was an important year to gauge how we were going, and were we actually doing everything right.”

But Mr Gibbs said he does not believe that a rapid expansion of dealers would be required, even to absorb a sales forecast that should shift from 62 units last year, to an expected 75 sales in 2018 and 100-plus within two years. Only one further new Melbourne dealership, owned by SSC, will open its doors later this month.

“I don’t know that it’s something in our plan at the moment, to have multiple dealers in each region, but it is certainly something that we wouldn’t rule out,” he said.

“There is massive growth going out through Parramatta and that part of Sydney, so there may be some options there to look at expansion. Essentially of the 62 (sales in 2017) almost half of those came out of Sydney, but that’s not what we will see going forward.

“Realistically we see the Sydney market and the Melbourne market being of equivalent opportunity size, and then Queensland being a little way behind that.

“So eastern seaboard will always contribute the vast majority. (But) if I was to pull out the business plan right now, there is nothing in there that says multiple dealerships in any of the other states.”

Victoria will, however, become the first state to have two Lotus dealerships. Zagame Automotive Group was the only dealership to retain a contract with SSC, selling from its boutique premises in Swan Street, Richmond. SSC will now open its own premises nearby, on City Road, Southbank.

“We have obviously been working quite closely with Zagame Automotive Group since they decided to stay on,” he continued.

“Lotus has been moved into their autosport division, which is a good thing for the brand as they have got some real focus now with a dedicated sales manager and team. They have restructured themselves to be a little bit more like the way Simply Sports Cars and the other dealers are set up, in that Lotus has been carved out as an entity in its own right, which is great. 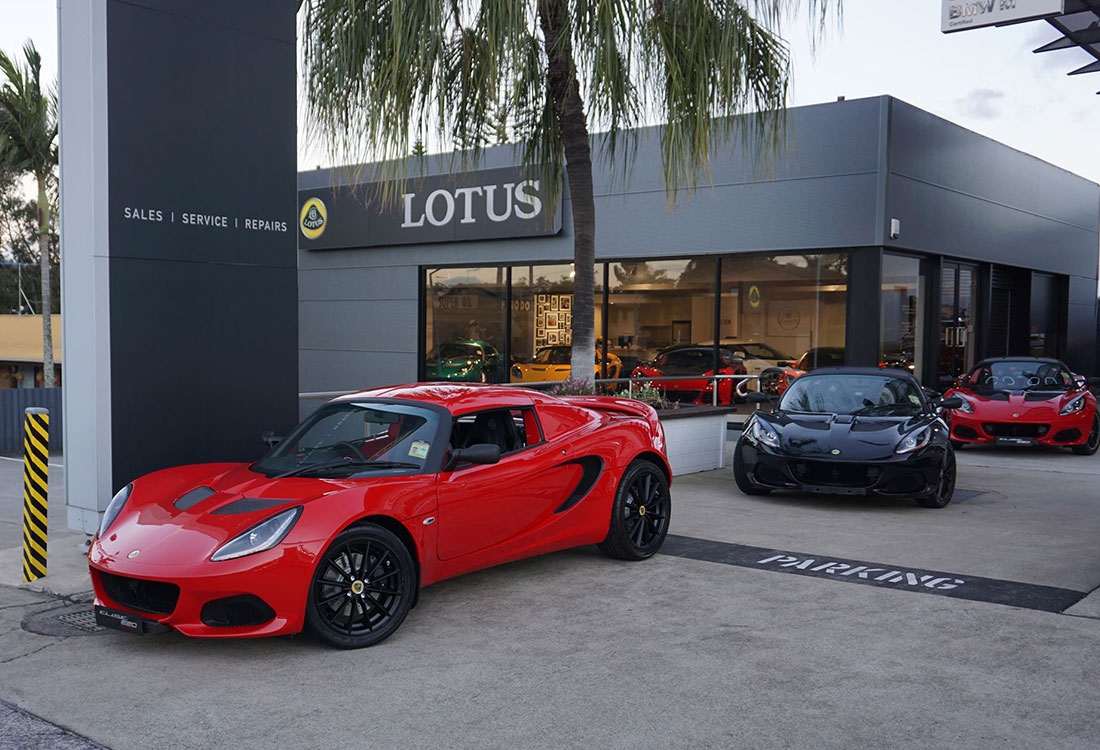 “Having said that, we want to maximise our opportunity in Melbourne and we think there is an opportunity there to have both Zagame and Simply Sports Cars operating in that region.”

Despite the close proximity of the two locations – being fewer than 5km between each showroom – Mr Gibbs insisted that they would not be in direct competition.

“So Lotus Melbourne is the Zagame operation and I think what we will find is that we will still see quite a lot of the new-vehicle sales being done out of Zagame,” he continued.

“And where people might be looking for some of the aftermarket work to be done, they will probably gravitate across to Simply Sports Cars to get that work done. So we will complement each other in the market. They are not huge distances away but they are far enough apart.

“What that also gives us, from a Lotus perspective, is the benefit of having two outlets, one of which is in a very bespoke, autosport location and premises, which is what Zagame is and it’s an amazing dealership. And then the Simply Sports Cars has just a little bit more main road frontage, so between the two organisations, we are kind of covering off maximum exposure for the brand.”

Melbourne SSC opens its doors on the evening of March 22, coinciding with the local reveal of the limited-edition Evora GT 430 and Evora GT 430 Sport that will become the most expensive Lotus products in the market. 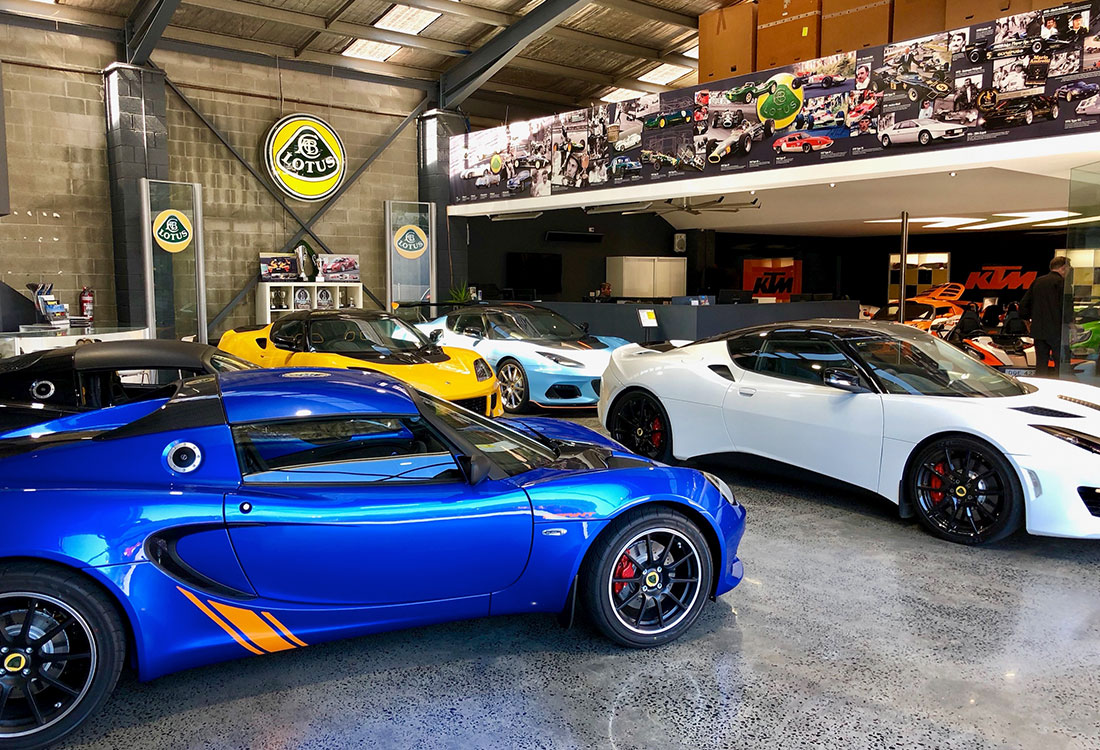