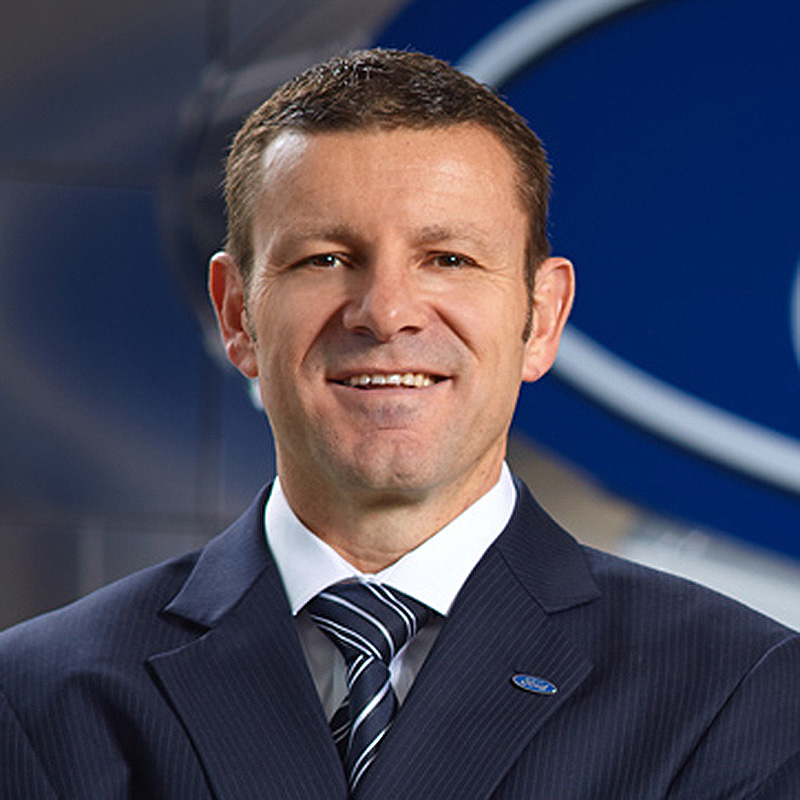 FORD Australia says it has turned the corner on sales, reversing the downward trend that has almost halved both its sales volumes and market share in a decade.

Company president and CEO Graeme Whickman said this week that new-look advertising, fresh models and improving supply were contributing to the lift.

“For the last three months, we have seen sales gains month over month over month,” he told journalists at the 50th anniversary celebration for Ford’s You Yangs proving ground in Victoria.

“To me, it is about building the right balance of the right product and the right dealership experience.”

Last month, for the first time this year, Ford made a sales gain over the corresponding month of 2014, mainly on the back of incremental volume delivered by the new Australian-developed, Thai-built Everest large SUV and the related Ranger SUV.

Between them, the Ranger and Everest accounted for more than half of Ford’s sales in Australia for the month, with former top sellers such as the Focus, Falcon and Fiesta languishing.

Mr Whickman, who has been in the top seat at Ford Australia for six months, said Focus in particular was still playing catch up from stock shortages from the Thai plant, with the facelifted version now flowing into the market place.

“We have been running out Focus since March this this year,” he said. “There were times when we turned the lights on and found out we had none in the country.”

The company was stuck with limited Focus stock as it waited for the freshened model that included a change of automatic transmission, from a fault-plagued dual-clutch item to a conventional-style but more reliable torque converter typeBut while the revised Focus was launched in September, sales of the small hatchback last month were still down 34.5 per cent on the corresponding month last year.

Other Ford models are also suffering, with the ageing Fiesta hatch down 30 per cent, Mondeo down 35.7 per cent and Kuga down 25 per cent.

This year, Ford is expected to shift about 70,000 vehicles for a market share of about 6.1 per cent – almost half the 135,172 sales and 14.2 per cent market share Ford enjoyed in 2004 when it was number three in the industry. This year, it is running sixth, just behind Mitsubishi.

But Mr Whickman said he was optimistic that the sales turnaround was working.

“Our sales will increase over time as we prove to customers that we are a worthy brand, that we have the right products and they can get a good customer experience when they come in to see us,” he said.

“To me, it is about building the right balance of the right product and the right dealership experience.”

“You would have seen since October that our visible presence in the marketplace has changed, in terms of the tonality, the frequency, the level of spend,” he said.

“If you contemplate how we are communicating Everest or Ranger or if you think about the Focus right now, you would have seen a step change in terms of tonality and the messaging approach.

“So what we have put in front of customers is the proposition that ‘have you ever considered us, don’t you understand that we actually have a vehicle that is a world beater’ in each of those categories.

“So executionally, our marketing has changed and you will see that now if you take television commercials as an example. Line those up against some of the others of the past and you will see a notable difference in terms of the tonality and messaging.” 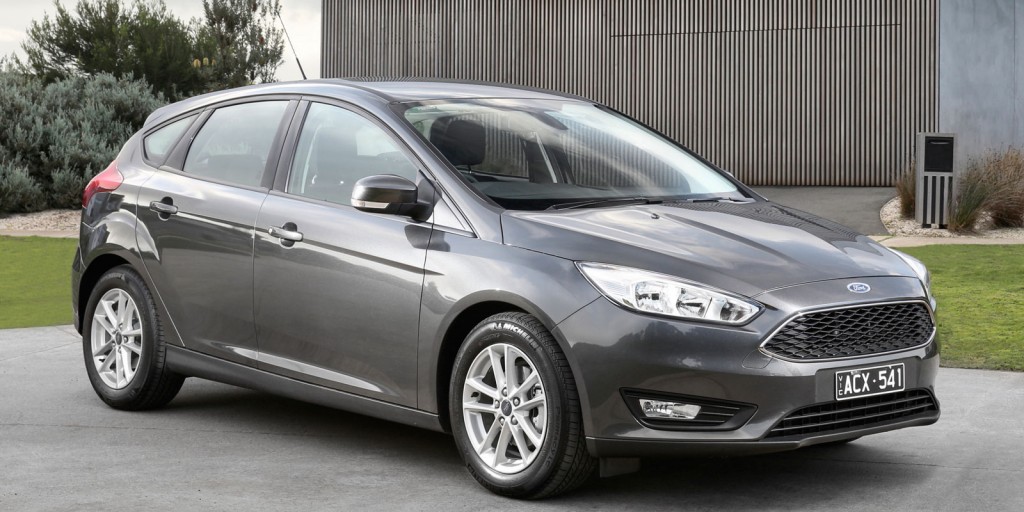 In Focus: Ford’s facelifted Focus still has ground to make up after severe stock shortages and mechanical gremlins impacted sales this year.

Mr Whickman said stock shortages of imported vehicles were gradually improving, but he indicated that it might take another 12 months for the situation to right itself.

“This time next year, or before this time last year, we will have constant supply,” he said.

In 2016, Ford will get a boost from the newly launched Mustang coupe and convertible that is expected to deliver 4000 units in its first 12 months.

The Kuga SUV will get a much-needed lift during the year with a facelift that was revealed at the recent Los Angeles motor show.

The excitement factor will be switched up a notch with the arrival mid-year of the gung-ho Focus RS, while Falcon is expected to deliver a farewell present in the form of Sprint special editions of the XR6, XR6 Turbo and XR8 sports sedans.

Unusually for a top-10 brand, Ford will not debut any all-new vehicle in 2016. 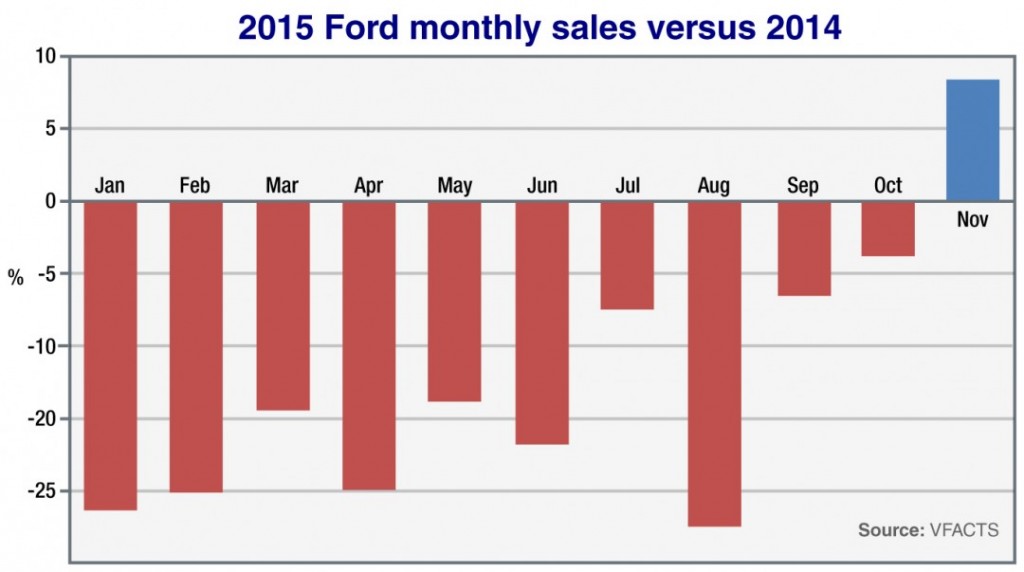 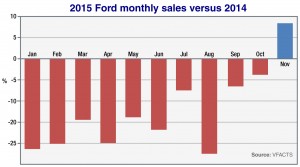