Masters closure is a big opportunity for dealers

THE IMPENDING closure of the Woolworths-owned Masters hardware chain is providing a unique window-of-opportunity for car dealers to upgrade their facilities right across Australia.

The closure of the ill-fated tilt at Bunnings will mean that about 100 Masters stores will become available potentially at fire-sale prices.  The stores are in every state and strategically located across major metropolitan areas.

Dealers say that facilities like Masters or Bunnings can make an ideal platform for a car retailing operation because so much of the core building, car display areas and customer parking are already in place.

Up to 100 Masters stores will potentially become available at fire sale prices.. The stores are in every state and strategically located across major metropolitan areas

Real estate analysts have told GoAutoNews Premium that the stores would be ideal for dealers wanting to consolidate a disparate number of franchise sites into the one consolidated facility with separate showrooms facing out from common administration, parts, service, pre-delivery and storage.

Analysts are saying that Woolworths will be under massive pressure to offload the stores as soon as possible and will be keen to hear from anyone with a serious offer.

There are presently more than 60 Masters stores operating and, of these, Woolworths owns about 40.  The remaining stores are owned by around 20 different landlords. 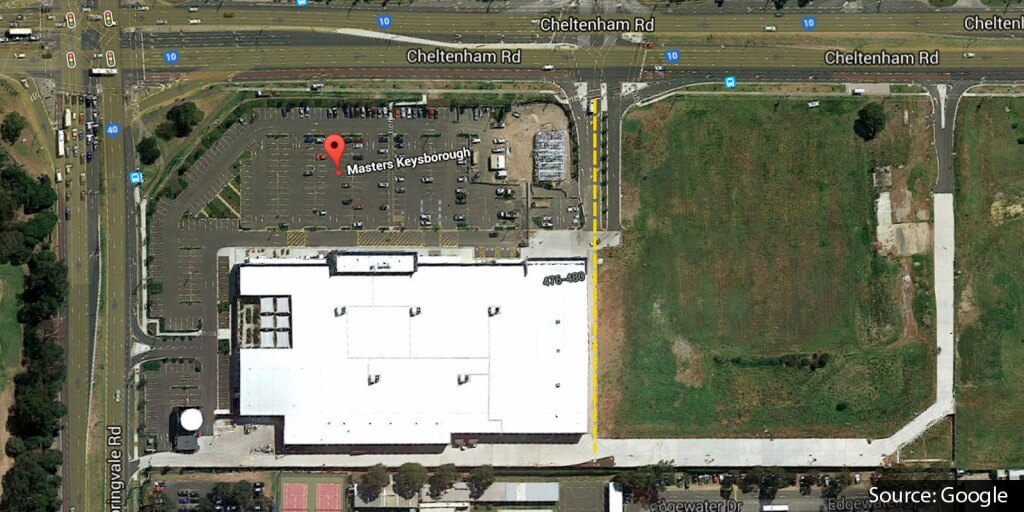 Masters stores are located in highexposure localities. This one at Keysborough in Melbourne’s south east is across the road from a Bunnings warehouse and exposed to Springvale Road – the busiest northsouth thoroughfare in the city. The store has its own traffic lights at the entrance and comes with plenty of paved areas for outside car display and customer parking. Paul Hopper points out that his store includes onsite unloading areas for car transporters.

There is huge pressure on Woolworths to quit ownership of its Masters stores to get the wholly-owned properties off its books as soon as possible.  Meanwhile the landlords are sitting on lucrative long-term leases of around 15 years so Woolworths will be keen to see new tenants or owners in those stores to stop the on-going obligation to pay rent from bleeding cash from its bottom line.

Astonishingly there are said to be another 40 properties where Masters stores are either under construction or earmarked for construction and 25 per cent of those are under landlords as well.

According to real estate analysts some of those lease agreements require Woolworths to build a Masters store even if it is not going to be used. 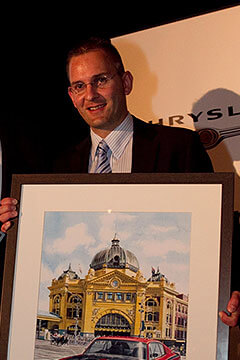 Meanwhile the concept of converting Masters or Bunnings-style facilities has received a strong endorsement from Melbourne dealer, Paul Hopper, who converted a Bunnings store into a Hyundai and Chrysler-Jeep-Dodge store in Werribee in Melbourne’s west at a cost of $31 million.

Mr Hopper told GoAutoNews Premium: “These stores are good value because you can recycle a lot of the property.

“They are very easily adaptable and the conversion was very straight forward.  They are still expensive because it is just a great big warehouse with a concrete floor and a steel structure.  So you still have to do your fit-out, the showroom glazing, heating and cooling, office partitions, workshop fit out and so on,” he said.

“But you have the car park out the front which you can adapt reasonably affordably (for stock display and customer parking).  The workshop is very adaptable because it is a big open space and therefore you are not restricted in what you want to do.  With parts it is easy to utilize the open span space for the racks and for installing the secure separation walls and cages.

“You still have to spend fairly serious money on the showroom and where we have installed wash bays we had to cut out the concrete floor to instal the plumbing.

The design followed Hyundai’s international guidelines and Mr Hopper retained his own architect for engineering and to adapt the Hyundai design into the building.

Asked if converting the Bunnings building saved money, Mr Hopper said that in his case he was not sure if it was less expensive “than if I was starting from scratch”.

Paul Hopper turned this former Bunnings store in Werribee in Melbourne’s east into a Hyundai and
Chrysler-Dodge-Jeep store (above). He says these stores are easily adaptable to a dealership and the
conversion is straightforward. The cost is in the fit out within the building shell.

“The Bunnings store we bought was in an absolutely prime location and is a prime property that was not easy to secure for purchase in the first place.  So we would have paid over the odds for it,” he said.

“We  paid $31 million for the site and for what we spent on the conversion.”

Mr Hopper said one big advantage that became clear was the size of the Bunnings site. 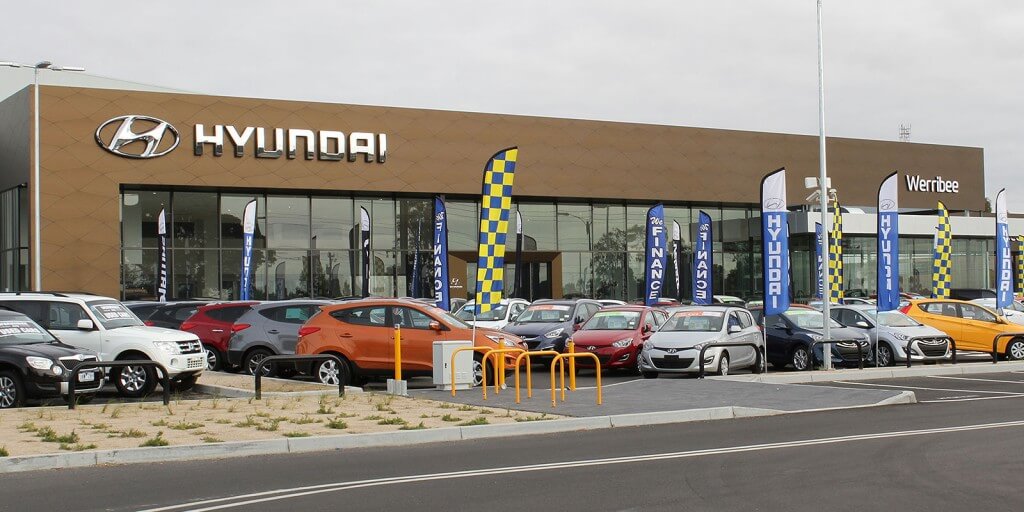 Mr Hopper retained an architect to make the conversion of the warehouse fit in with Hyundai’s design requirements for the showroom.

So you end up with very big spaces which means we are able to do all our pre-delivery onsite for both franchises.

These big stores also come with onsite truck access which we can use for vehicle unloading which is very helpful because that is a big issue with councils.  So the trucks unload and the cars go straight into the pre-delivery centre.  I think most dealers would understand the value of having that.”

Mr Hopper added that “all your issues around council requirements are taken care of because the site in Werribee was in commercial zoning for retail and there was no problem at all transitioning across (from hardware to car retailing). 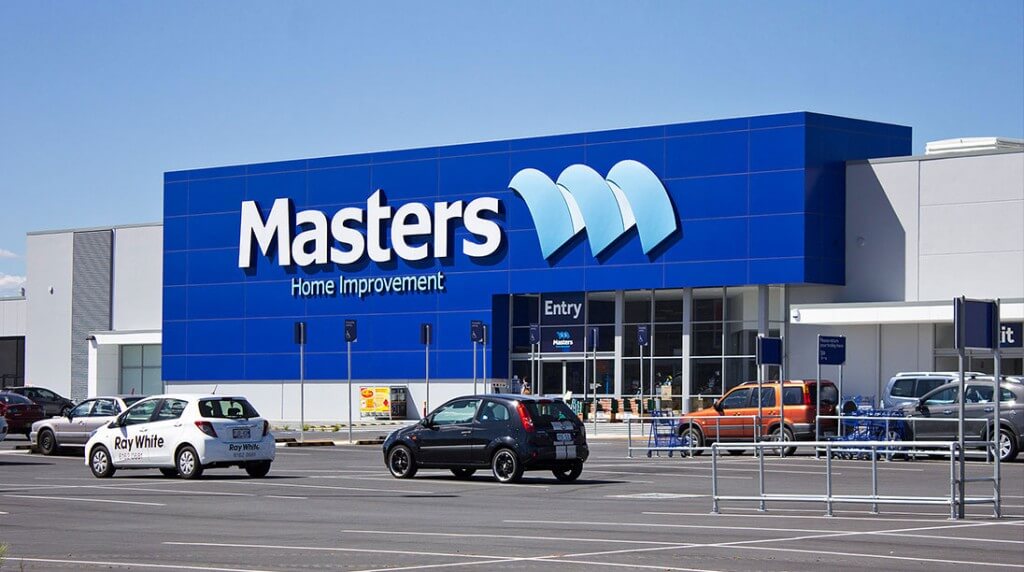 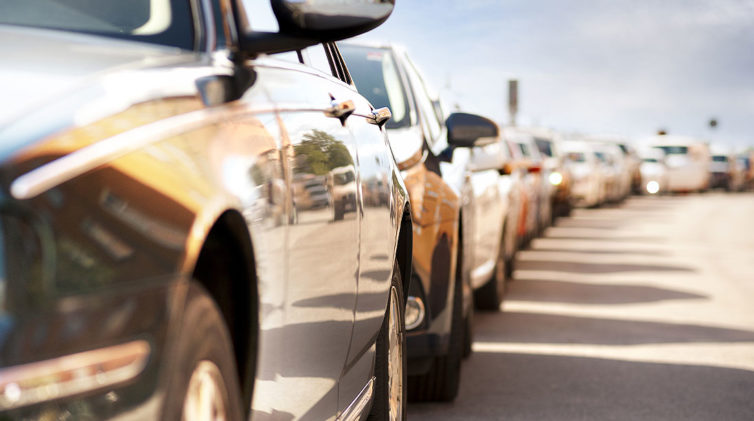 Eagers: The property piece of the puzzle 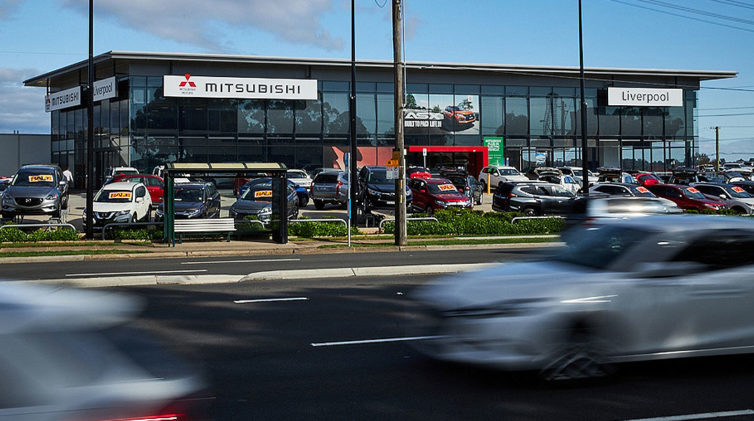 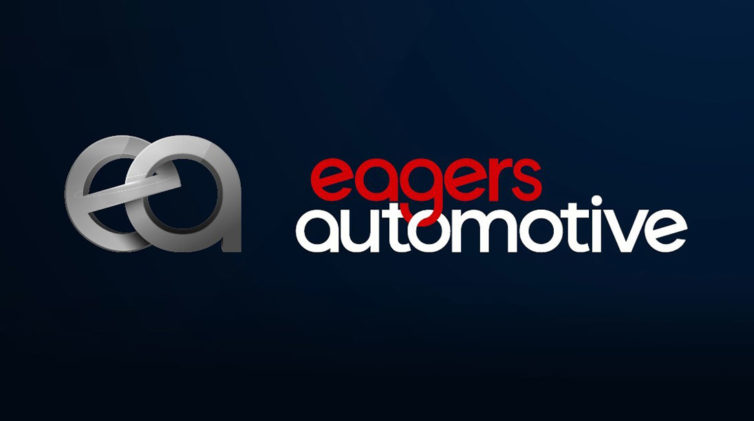