Medium SUVs rise to the top

MEDIUM SUVs are poised to ascend to the throne as the top-selling vehicle class in Australia, ending the 13-year reign of small cars as the most popular vehicle segment.

In May, the popular high-riding wagons trailed small cars by just 262 sales – 85,406 to 85,668 – in the year to date, and it seems more than likely that we will see a change of the leadership baton soon, either when the official VFACTS sales data for June is handed down on Wednesday or in next month’s figures.

It will be the first time an SUV class has risen to the top of the pile. Before small cars topped the charts in 2005, large cars – led by local heroes Holden Commodore and Ford Falcon – ruled the roost for decades. 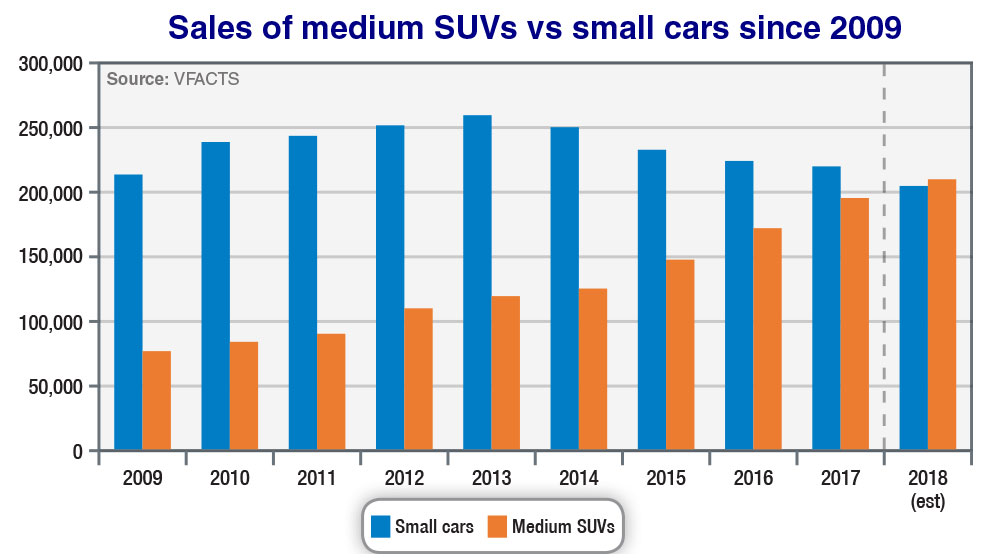 The upward sales trajectory of medium SUVs has been sure and steady in the 21st century, with sales of the mid-sized high-riding wagons rising year on year.

In the soft-roader segment pioneered by the Honda CR-V, Toyota RAV4 and Subaru Forester, no fewer than 19 manufacturers have piled on, turning the class into one of the most competitive, high-stakes segments in the market. 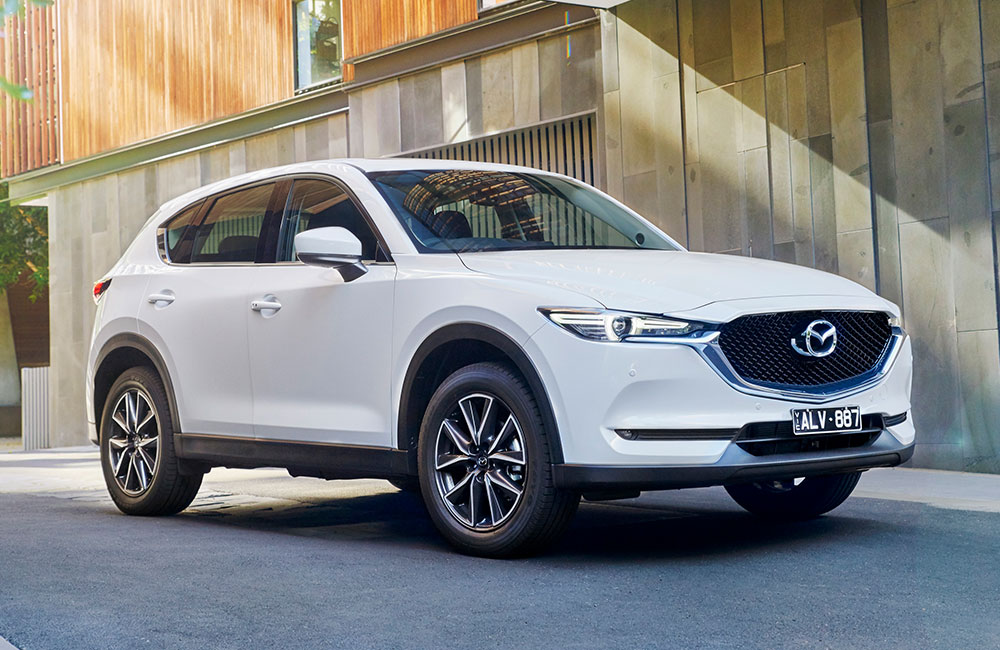 On top: Mazda’s CX-5 has played a big part in the rise of medium SUVs to the top of the market in Australia.

If the trends continue through the second half of the year, medium-SUV sales should break through the 200,000 barrier for the first time, perhaps reaching about 210,000, compared with the small-car segment’s 205,000.

The wild card in the small-car pack is a flock of new models rolling onto the market. These include the all-new Toyota Corolla, Ford Focus and Kia Cerato this year, followed by a new Mazda3 and Volkswagen Golf in 2019.

Along with the recently refreshed Hyundai i30 and Honda Civic, these cars account for almost three-quarters of small-car sales, so an uptick could be significant. 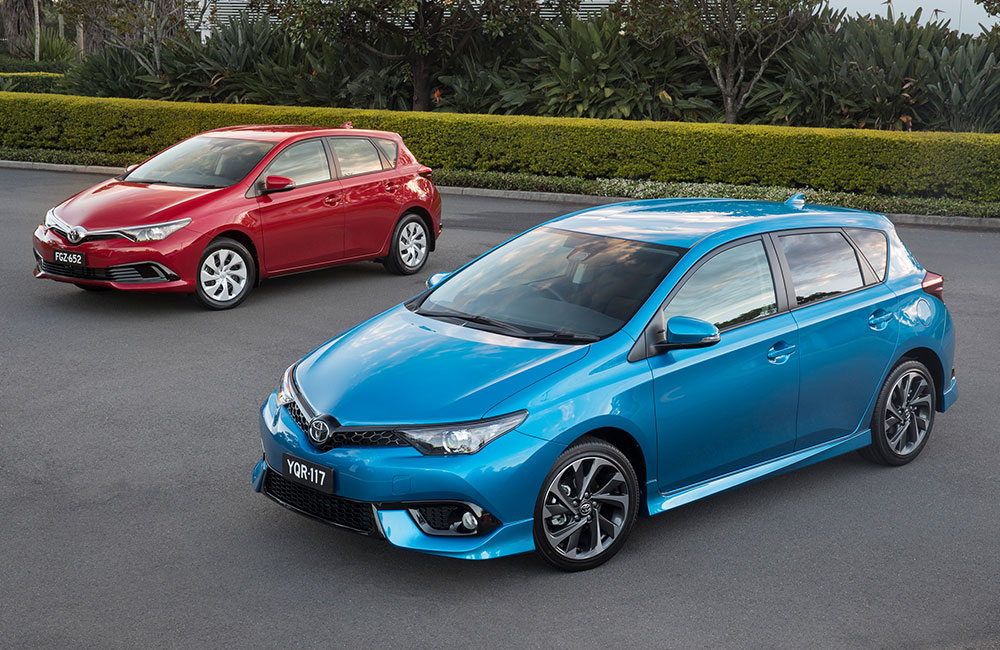 Even though they are getting long in the tooth, the Corolla and Mazda3 are still slugging it out at the head of the pack, with Corolla holding the upper hand – 15,363 to 13,763 – after five months of sales in Australia this year.

Sales of both of these models have declined slightly on the same period of last year, but the loss is more than made up by gains in the medium-SUV segment where Mazda CX-5 sales are up 2.6 per cent, to a segment-leading 10,711 units, and the Toyota RAV4 has gained 8.7 per cent, to 9080 sales.

The CX-5 – also recently enhanced – is not only the best-selling SUV in its class but the top-selling SUV of any kind in Australia.

While the medium-SUV class is now about to be crowned number one, it might struggle to hold the lead against another upstart – the small-SUV category in which sales have soared a whopping 29.9 per cent this year, on top of a 6.5 per cent jump last year.