Nissan improves most, but still at back of field, in latest NTC CO2 report card

NISSAN has emerged as the brand to have reduced its average CO2 emissions in Australia last year more than any of the 15 top-selling car companies operating here, falling 5.5 per cent compared to 2014, while Ford’s CO2 output was at the other end of the spectrum, climbing 2.5 per cent.

The findings are contained in the National Transport Commission’s annual report on CO2 emissions for new light vehicles sold in Australia, which shows that Nissan’s 11g/km improvement takes its average to 191g/km, placing it ahead of sales market leader Toyota (199g/km) but maintaining its position at the back end of the field – 11th out of the top 15 and miles behind Audi and BMW on 149g/km each. 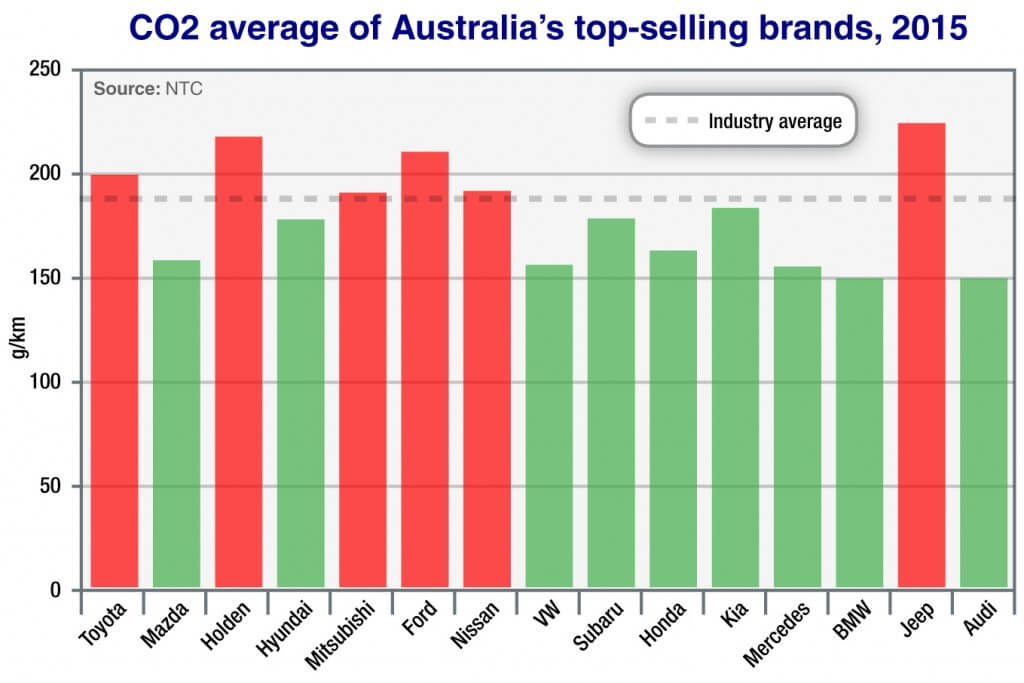 Ford is similarly placed at the rear end, on 210g/km, with fellow local manufacturer Holden (217g/km) and SUV specialist Jeep (223g/km) the only other brands among the top sellers to emit more across their respective model range than the Blue Oval.

Holden and Jeep were also in the group of five top-selling brands to increase their average CO2 emissions last year – up 1.1 and 0.5 per cent respectively – while South Korea’s Kia (+2.0 per cent to 182g/km) and Hyundai (+1.1 per cent to 177g/km) likewise confronted a ‘wrong way, go back’ warning sign.

Among the full 50 light-vehicle brands in the marketplace, the industry’s average CO2 emissions rate came in at 184g/km last year, down 4g/km compared to 2014.

Much of the study’s focus centres on the top 15 brands given these account for about 90 per cent of all new-vehicle sales.

Arguably of more significance is the movement among the leading brands, and their position relative to their annual sales and market share.

Despite its commitment to hybrid models, Toyota sits well above the industry average in 12th position on the table of CO2 output – and managed a 1.1 per cent drop to 199g/km – yet sold almost twice as many vehicles last year than its nearest competitor Mazda, registering 206,236 new vehicles compared to Mazda’s 114,024. 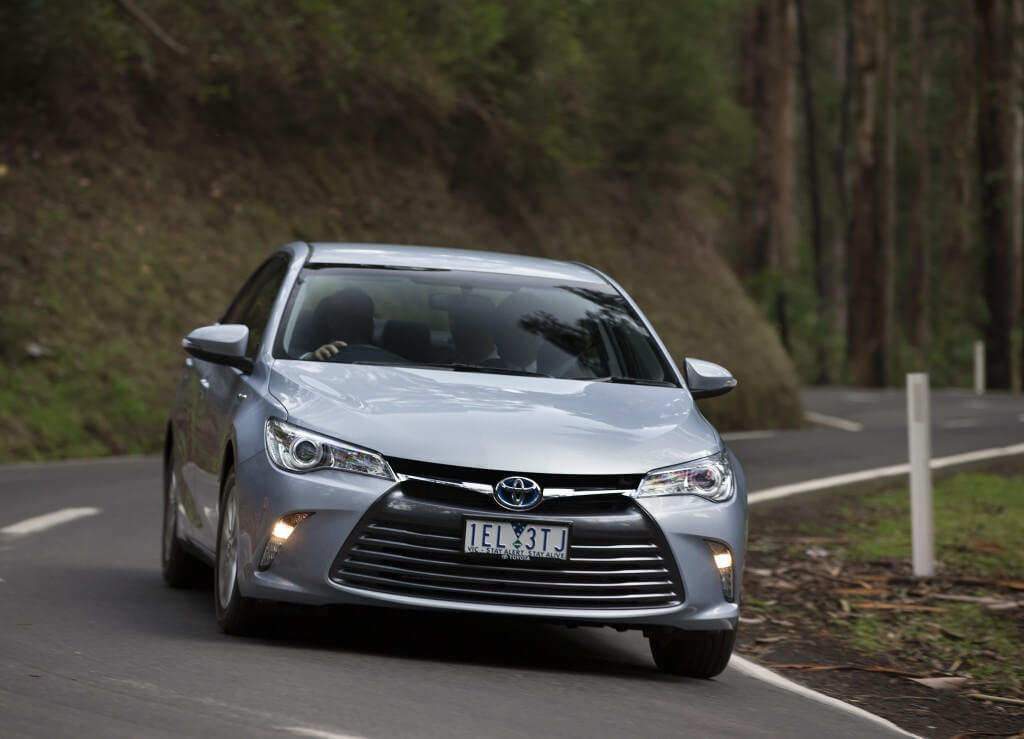 This is in part due to Toyota’s representation in a vast number of market segments including large SUV and commercial vehicle classes that typically attract higher emissions.

Emissions reductions also occur in conjunction with vehicle renewal, the timing of which varies according to model lifecycles and launch schedules, but the figures broadly reflect ongoing powertrain improvements, vehicle weight reductions, increasingly prevalent ancillary measures such as idle-stop and brake energy regeneration systems, engine downsizing, more hi-tech diesel options and the introduction of smaller vehicles to a brand’s portfolio.

In contrast to Toyota, Mazda, which recorded an industry-leading 10.7 per cent fall in CO2 emissions in 2014, backed that up with a 4.3 per cent reduction last year (second only to Nissan), to place the brand – which includes the BT-50 one-tonne ute among its broad line-up – fifth overall on 157g/km.

Only European brands Audi and BMW (both 149g/km), Mercedes-Benz (154g/km, which has commercial vehicles in its stable) and Volkswagen (155g/km, also with LCVs) are ahead of Mazda, while Honda (162g/km) is not far behind.

Subaru and Mitsubishi recorded slight reductions of 0.4 and 0.3 per cent respectively last year, leaving Subaru at 178g/km and seeing Mitsubishi push 1g/km downward to 190g/km once the figures are rounded out. 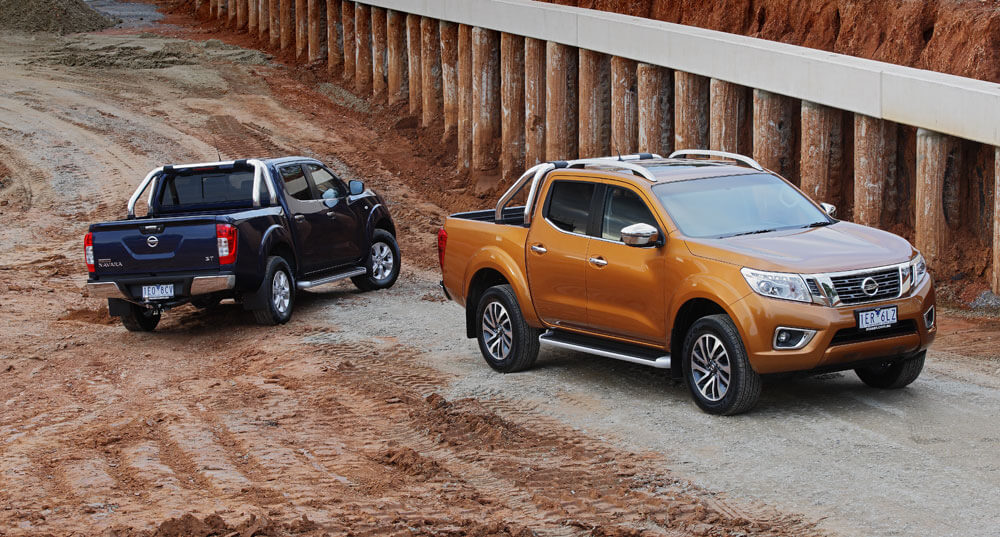