People planning to buy an EV rockets 30 per cent in a year, says Roy Morgan survey

THE popularity of petrol-engined vehicles is apparently slowing with the latest data from Roy Morgan showing less than 60 per cent of people intending to buy a new vehicle opting for petrol, down 6.3 per cent on a similar survey conducted 12 months earlier.

The research firm said the fall in buyers wanting petrol-fuelled vehicles was “significant” and a pointer to the growth in interest in electric vehicles and hybrids.

Asked which type of vehicle would be their next car, 59.1 per cent of the respondents chose petrol while 23.5 per cent opted for diesel.

Hybrid vehicles won 12.7 per cent of the surveyed group while an EV captured 4.2 per cent.*

The growth in consumers stating they would buy a hybrid has grown by 21.3 per cent, while the number of people wanting to own an EV is up a huge 30.6 per cent (but from a low base). 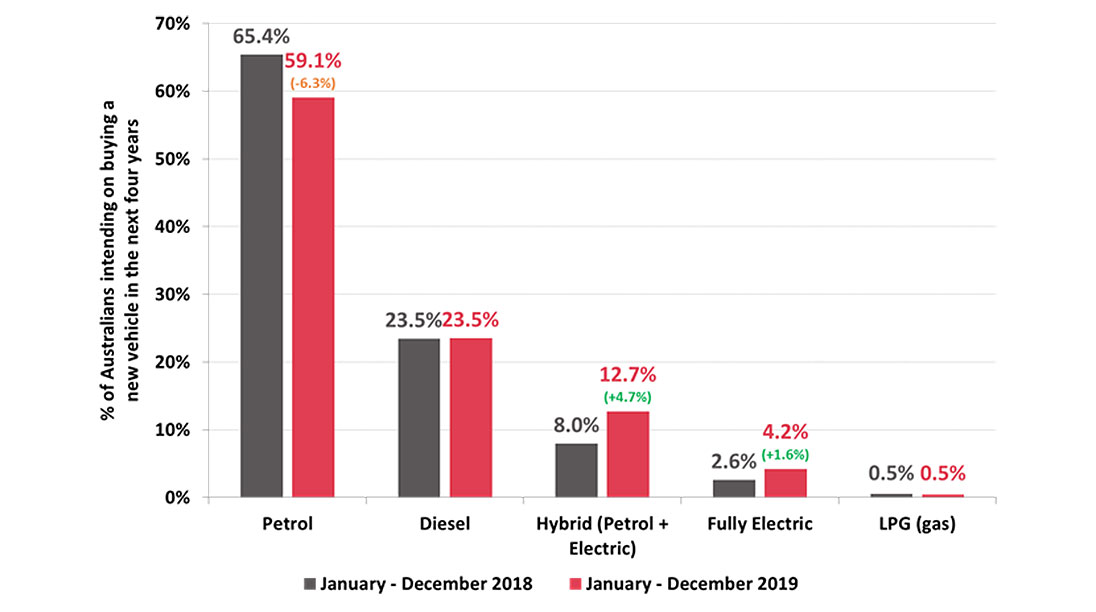 “Although electric and hybrid vehicles are still in their infancy in Australia, both engine types are becoming more and more attractive to people intending to buy a new car in the future,” she said.

“This comes at the expense of petrol vehicles, which continue to decrease in popularity.

“This has grown to 188,000 and 63,000 respectively and, given the increasing focus on environment issues, we can expect those numbers to keep rising.”

“The electric car market in Australia is still evolving, with many manufacturers yet to release a fully electric vehicle,” Ms Levine said.

“This data is particularly encouraging for brands such as Toyota and Kia, for despite them not having yet released electric models in Australia, future car intenders are considering those brands for their next purchase.

“Kia may well consider bringing forward the introduction of their e-Niro and e-Soul electric vehicles to the Australian market on the back of such results.”

These latest findings are drawn from the Roy Morgan Single Source survey, Australia’s leading market research survey, compiled by in-depth face-to-face interviews with more than 50,000 Australians each year in their homes.

*Without wishing to diminish the message that EVs are indeed capturing the attention of the car-buying public, as are hybrids, GoAutoNews Premium notes that all hybrids are powered by a petrol engine which means that 73 per cent of those surveyed by Roy Morgan are actually intending to buy vehicles with a petrol engine. 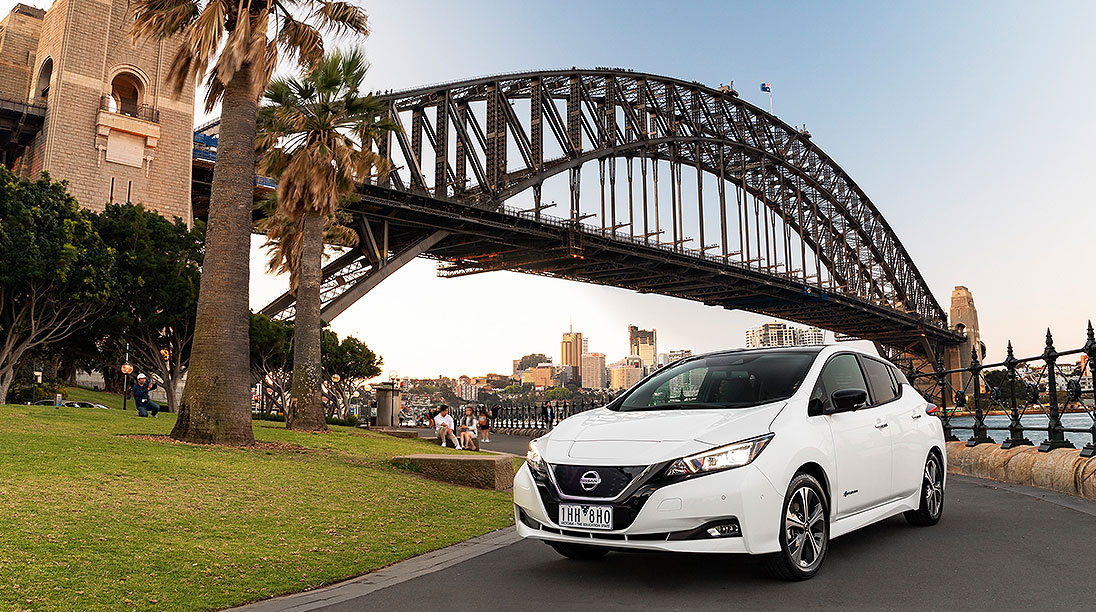