New boss for Mitsubishi in Australia 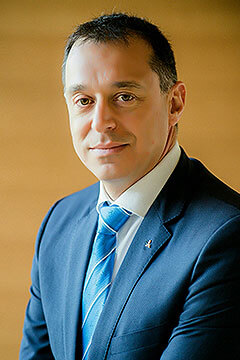 Sign of the times: Mr Signoriello’s appointment marks a return to those days when Mitsubishi looked to experienced local executives with a strong knowledge of the Australian market to lead its operations here.

MITSUBISHI Motors Corporation has this week announced the appointment of long-serving senior manager John Signoriello as president and CEO of Mitsubishi Motors Australia Limited (MMAL), replacing Mutsuhiro Oshikiri who will now head up the Japanese brand’s operations in the Philippines.

In turn, the current president and CEO of Mitsubishi Motors Philippines Corporation, Yoshiaki Kato, will relocate to MMAL headquarters in Adelaide to work alongside Mr Signoriello in the newly created position of chief executive co-ordinator.

The moves come just a couple of weeks after global senior management, including chairman of Mitsubishi, Nissan and Renault, Carlos Ghosn, and MMC chief operating officer Trevor Mann, were in Australia for strategic talks with local management of all three alliance companies.

Officially taking the reins on July 1, Mr Signoriello has 28 years’ experience with MMAL and steps up from his current role as deputy director of marketing – a position he has held since late last year.

He previously spent a year as deputy director of sales after almost three-and-a-half years as regional state manager for South Australia and the Northern Territory.

Prior to that he worked for a year as network development manager for New South Wales and the Australian Capital Territory, having earlier served for five-and-a-half years as head of sales planning and distribution at the company.

Mr Signoriello also has extensive experience in production control, holding various positions in this area over an 11-year period (from 1989-2000) before rising to production control manager until 2006 – two years before Mitsubishi closed its Australian manufacturing operations and became solely a national sales, marketing and distribution company. 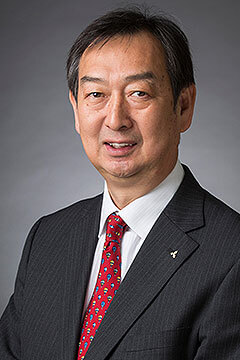 Asked about these issues, and whether the company could specify Mr Kato’s responsibilities as chief executive co-ordinator, an MMAL spokesperson said “that is all we have to announce for now”.

Taking up the role in the Philippines on August 1, Mr Oshikiri has led MMAL since 2012, when he replaced Genichiro Nishina and became the company’s fourth president and CEO in the space of only two years.

Mr Nishina and his predecessor, Masahiko Takahashi, were each only on the top job for 12 months, the latter having succeeded Robert McEniry who stepped down in March 2010 after almost four-and-a-half years in the role.

Mr Signoriello’s appointment marks a return to those days when the company looked to experienced local executives with a strong knowledge of the Australian market to lead its operations here.

In a statement, MMC president and CEO Osamu Masuko said: “We are strengthening and diversifying our management team around the world, ensuring that we seize future growth opportunities in important markets such as the Philippines and Australia.

“I look forward to continuing to work with Mr Oshikiri, Mr Signoriello and Mr Kato in their new roles.”

The statement also said that the new Australian senior management team would be charged with strengthening Mitsubishi’s presence and continuing sales growth is what is considered one of the group’s “key international markets”.

Mitsubishi’s sales have been on an upward climb in recent years, reaching 73,368 units in 2016 – its highest result as a full-import operation – and the triple-diamond brand is continuing to trade well in 2017, with new registrations up 6.5 per cent to the end of May (to 30,407 units) compared to the same period last year.

As GoAuto has reported, there are no moves by MMC to move MMAL’s operations to Nissan’s headquarters in Melbourne, nor is there any intention to have dealers sell across all alliance brands, despite recent announcements that parts/accessories and financial businesses will be combined.