MAZDA Australia is expecting its just-launched second-generation CX-5 to not only maintain the sales pace of its predecessor – which has held the title of top-selling SUV in Australia for the past four years – but to increase its volume at a “solid pace”, despite the mid-size SUV segment becoming one of the biggest battlegrounds in the marketplace.

This competition, which intensified further with the launch last week of the all-new MG GS – complete with an opening salvo of $22,990 driveway – has seen the CX-5’s share of the sub-$60,000 mid-size SUV segment erode slightly as sales also took a negative turn last year for the first time since launch in 2012, down 2.3 per cent.

Hyundai’s Tucson, which moved into the category in mid-2015 with a larger new-generation model and has maintained its ix35 predecessor’s position as the second-best-selling SUV in the nation, has clearly exerted some pressure on CX-5, while other brands are also building sales and share. 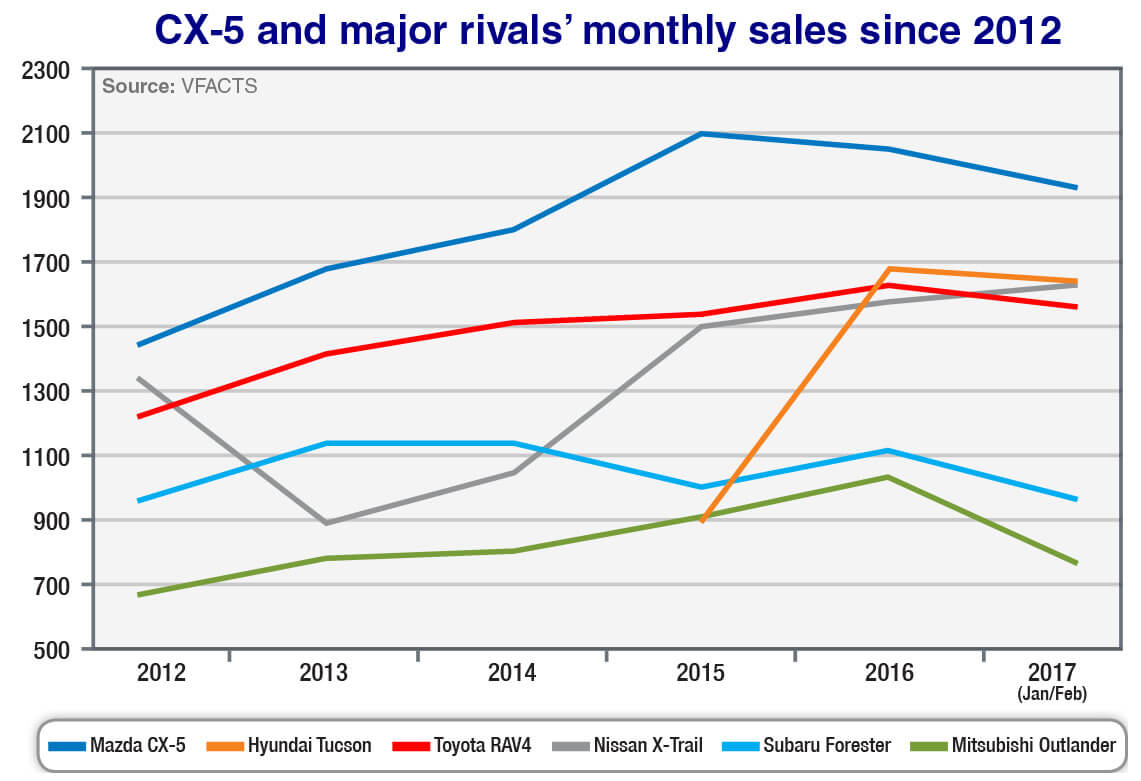 Kia with Sportage, and Volkswagen with Tiguan, are notable examples of this, although at this point Toyota’s RAV4 and Nissan’s X-Trail stand alongside Tucson as the major threats – not for outright leadership but in limiting the extent to which Mazda can turn the CX-5’s share around and reach an even higher plane in sales volume as the second generation takes hold.

How much growth there is ahead of the segment as a whole will play a crucial role in the outcome, with mid-size SUVs – which are now second only to small cars as Australia’s favourite class of vehicle – surging 16.5 per cent last year and continuing to build in the early stages of this year.

We can therefore anticipate all leading brands will continue to benefit from buyers’ ongoing migration away from passenger cars, including Mazda which last week welcomed the high level of competition in the segment and set down a forecast of 2000 sales a month for CX-5 in its first year “with the potential for numbers to increase over the course of its lifecycle”.

Outgoing Mazda Australia managing director Martin Benders said the company would only retain the CX-5’s position as the number-one SUV in Australia “if we ensure our existing customers return in good numbers to buy the new model” which comes back to perceived value, vehicle quality, customer service and resale. 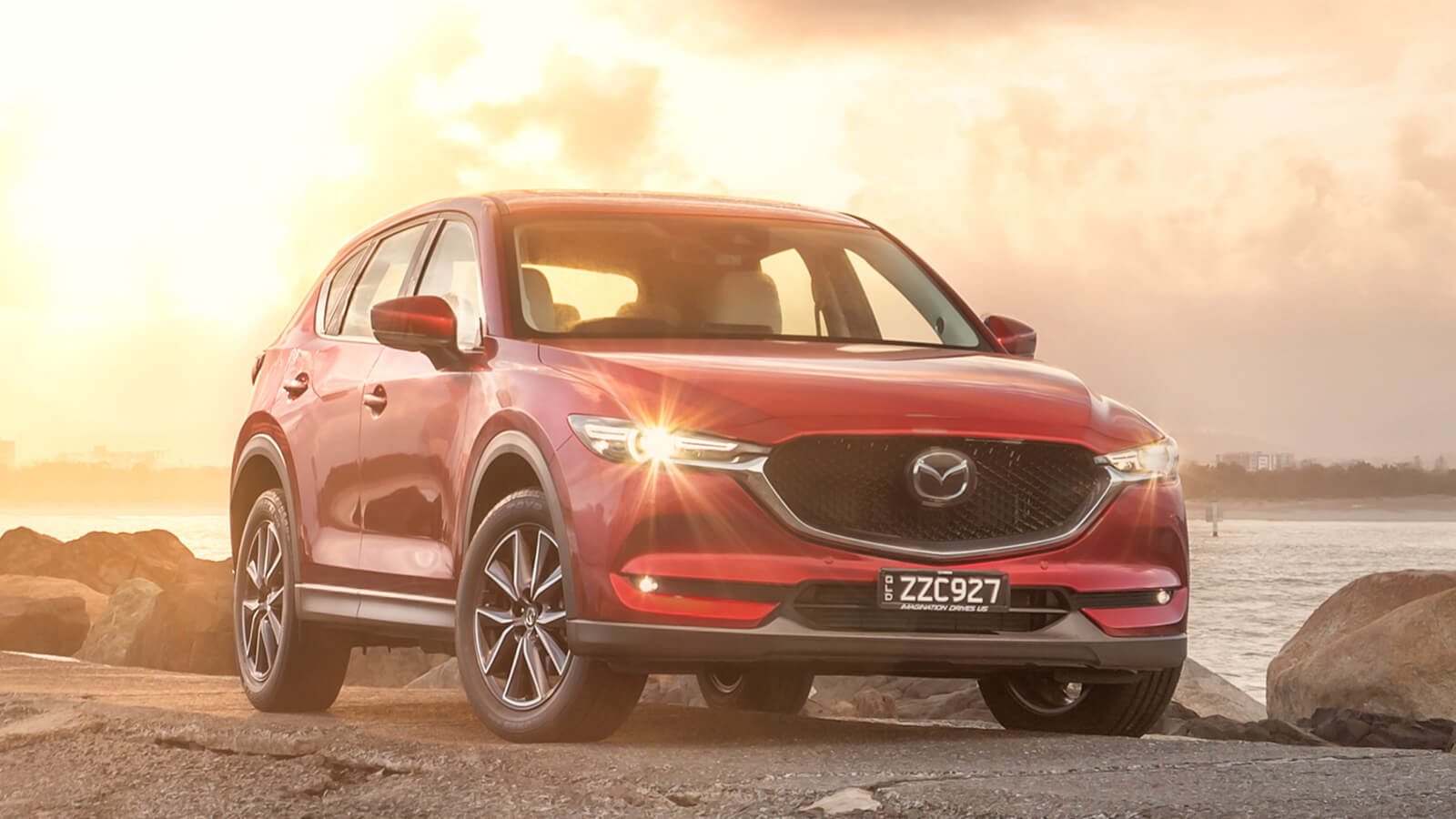 Aussie favourite: Mazda’s CX-5 was an instant hit with Australian consumers when launched in 2012, and the company expects the new second generation to take sales to new heights.

In essence, Mr Benders said Mazda’s success with CX-5 hinges on sustaining a “compelling proposition” for all potential buyers in this segment, whether they are new to the class or repurchasing.

Since the first sales were registered in February 2012, Mazda sold just over 111,000 CX-5s to the end of February this year, for an average of 1822 vehicles per month.

More than 33,000 “expressions of interest” received ahead of launch is an ominous sign, although the extent to which CX-5’s segment share bounces back will be closely scrutinised. It reached a high point of 19.7 per cent with 25,136 sales in 2015, but fell to 17.2 per cent last year (with 24,564 sales) and was down to 16.4 per cent after the first two months of trading this year. 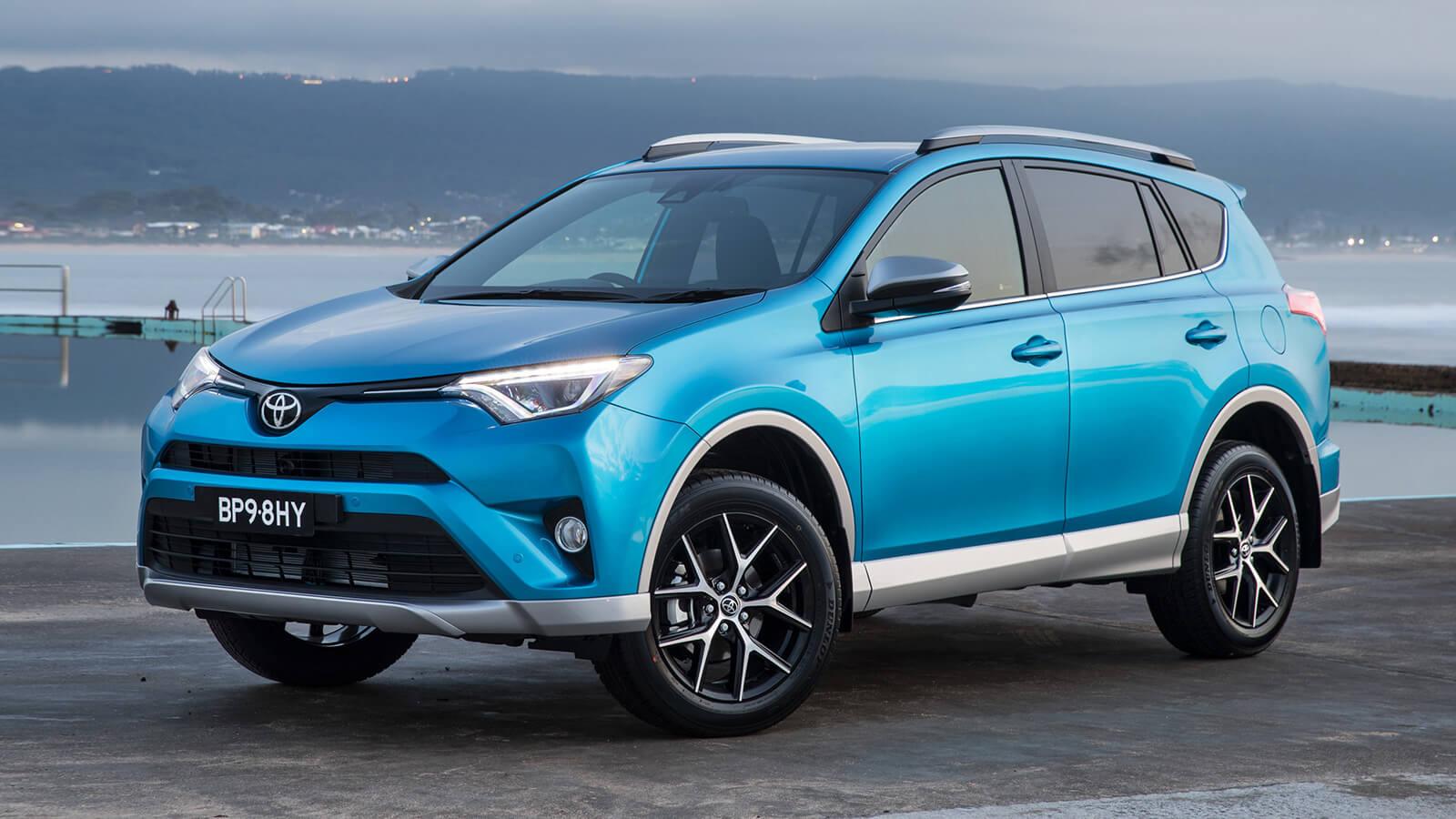 Honda’s CR-V has suffered a dramatic fall from grace – from 12,510 sales and 11.6 per cent share in 2013 to 7970 units/5.6 per cent share last year – but a new-generation model due in the second half of the year is expected to improve its fortunes.

The impact of intense competition, class acts such as CX-5 and the segment’s rising popularity are plain for all to see when you consider that only five years earlier – 2011, just before CX-5 hit the scene – Forester, RAV4 and X-Trail were each commanding 15-16 per cent share, yet at a volume of around 13,000 units. 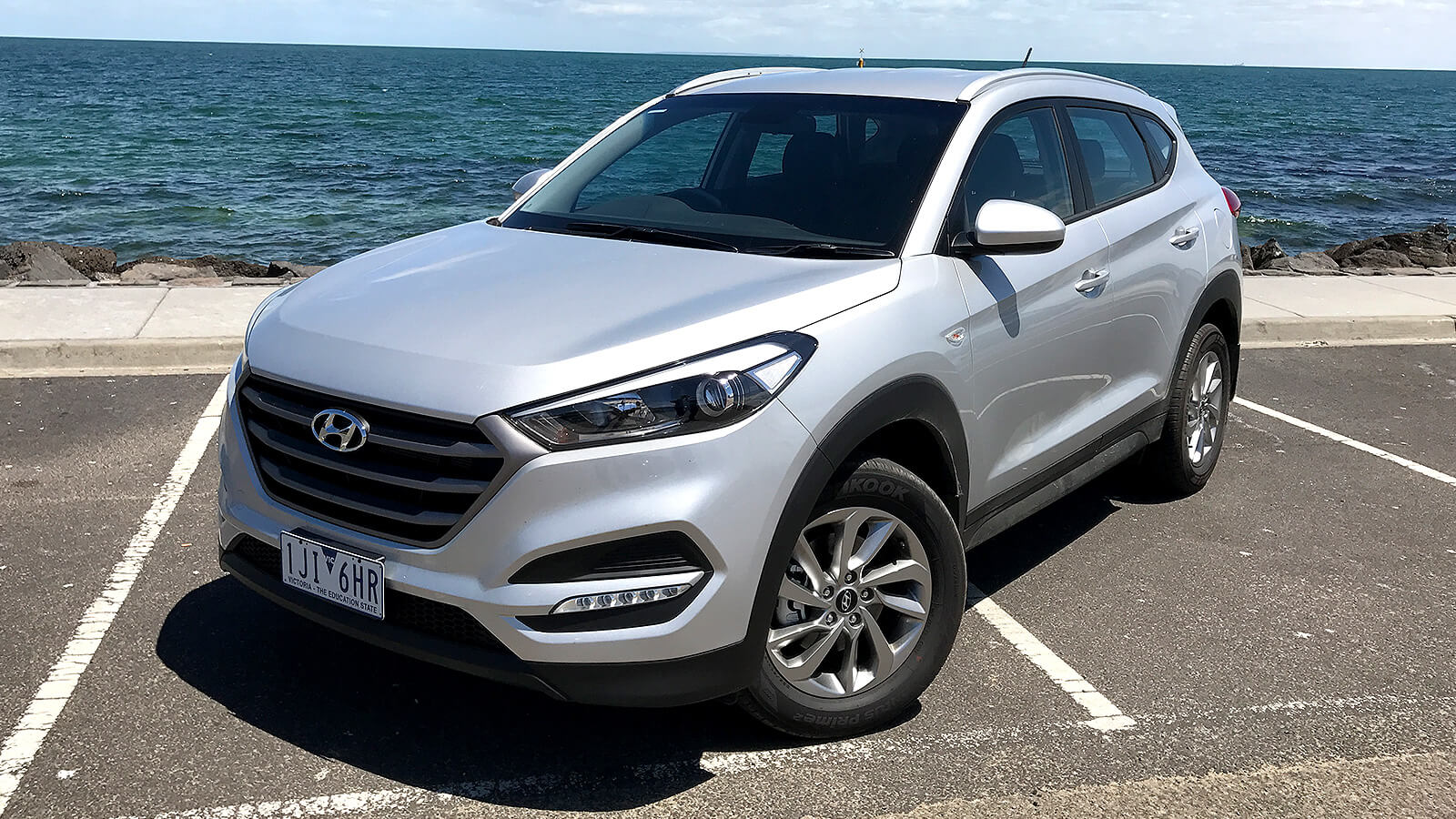 The big question now is how far beyond 20,000 can CX-5’s major competitors go, and whether CX-5 can push back up to 25,000 and from then on move into unchartered territory.

Mazda is confident the new generation represents a platform for further growth, rather than simply holding onto the enviable position the first CX-5 established.

“We think the new CX-5 raises the bar again in the medium SUV segment and the car has improved to a level that it can sustain that benchmark within the segment and maybe a little bit above,” Mr Benders said last week.

“We expect that growth to continue and we believe the medium SUV (segment) will become the SUV category of choice for a broad cross section of the new-vehicle buyers in Australia.

“We also recognise this growth will not only be fuelled by CX-5 but also new and improved competitor offering and even additional entrants.

“In that context, we believe CX-5 can continue to grow at a modest but solid pace and sustain its place at the top of the segment.”