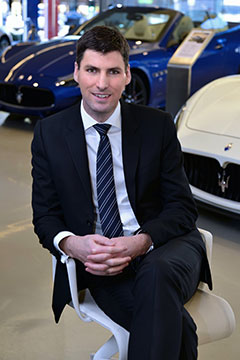 Shining light: Brent Jewell is charged with maintaining the exclusivity of the Maserati brand while running a new and enlarged product supply line – and doubling the brand’s sales – with the arrival of the Levante SUV early next year.

ATECO Group has announced the appointment of Brent Jewell as national sales manager for Maserati, responsible for both the Australian and New Zealand markets.

Replacing Alex Ball, who had been in the position since early 2013 and has now moved to BMW as NSW regional manager, Mr Jewell has worked for Ateco Automotive for more than a decade and held a number of sales, marketing and dealer management positions.

Mr Jewell, 36, was previously national sales and marketing manager for SsangYong, a position he has held for the past three years.

During this time, Mr Jewell also served on the special projects team at Ateco, which works on new business opportunities and, according to the company, “has provided him with numerous opportunities to work with a wide range of OEMs looking to enter or expand within the Australasian market”.

He previously held a variety of area, state and regional manager roles for several European, Korean and Chinese brands for which Ateco was responsible, although some of these – including Ferrari, Citroen, Great Wall and Lotus have now moved to other distributors.

As well as Maserati, which comes under its European Automotive Imports subsidiary, Ateco remains Australia’s biggest independent importer and responsible for SsangYong, Chery, Foton and LDV. It also runs the factory-approved American Special Vehicles’ Ram operation, which is a joint venture with the Walkinshaw Group.

Earlier in his career, Mr Jewell worked in automotive retail for Subaru in Victoria.

As GoAuto has reported, Maserati is planning to double sales next year to more than 1000 units – up from 519 registrations last year – with the arrival of the Levante SUV, which arrives in January priced from $139,990 plus on-road costs. 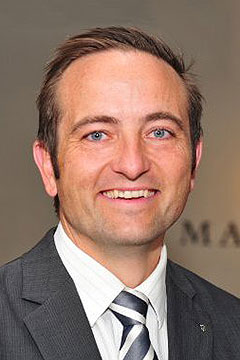 A mid-life update for the Quattroporte flagship sedan is due around the same time, while a redesigned GranTurismo 2+2 coupe is expected in 2018.

Further afield, an all-new compact two-seater sportscar based on the Alfieri concept is also set down for production.

Maserati Australia, New Zealand and South Africa chief operating officer Glen Sealey said Mr Jewell’s role would be central to the brand’s growth next year “because it provides an essential bridge and point of contact for dealers and customers”.

“A key element of the Maserati experience is its highly personal and exclusive approach and this means Maserati clients expect a personal contact with Maserati, should the need arise, and this role provides that point of contact,” he said.

“Equally, the coming months will see a dramatic change for Maserati dealers in the scale of their business and this must be achieved while maintaining – and even extending – the exclusive, personal Maserati ownership experience.

“The national sales manager will play a critical role in guiding the dealers through this period and enabling them to fully realise their business goals as well as exceeding customer expectations of the Maserati ownership experience.”

Mr Sealey said Mr Jewell had demonstrated a broad skillset including the ability “to work with clients and meet their expectations, to motivate and guide automotive dealers and their staff and the ability to work closely with the factory on behalf of clients and dealers”.

“He has worked with a wide range of customers, along some very different car companies, as well as dealers across Australia and this has provided him with the ideal expertise to play this key role in the next step of Maserati’s Australian and New Zealand history.”

Mr Jewell described his promotion as a “career highlight” and said: “The next 12 months will bring together all the skills and knowledge I have learnt over the past 17 years to ensure a smooth and successful launch of the Levante and the growth of both Maserati’s sales and its legendary status.

“It is challenge that I am delighted to accept and one which I am sure I will relish every moment.”

Ateco has advised that a new sales and marketing chief for SsangYong is still to be appointed, with Mr Jewell’s previous responsibilities absorbed by other members of the team for the time being. 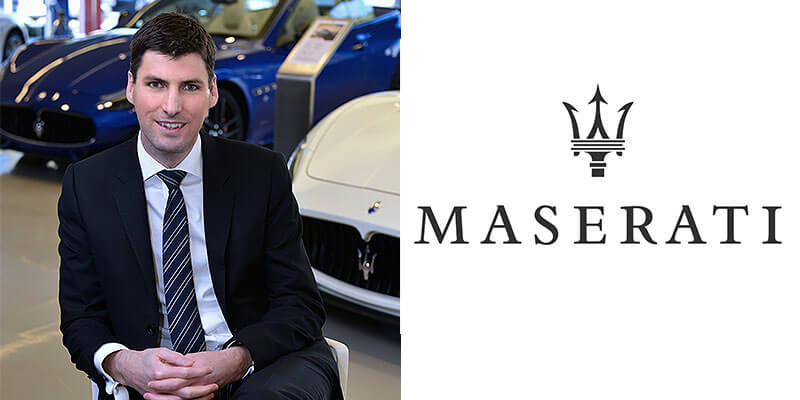